Deerwester -1-1. Introduction We describe here a new approach to automatic indexing and retrieval. It is designed to overcome a fundamental problem that plagues existing retrieval techniques that try to match words

2 The particular technique used is singular-value decomposition, in which a large term by document matrix is decomposed into a set of ca 100 orthogonal factors from which the original matrix can be approximated by linear combination. Documents are represented by ca 100 item vectors of factor weights. Queries are represented as pseudo-document vectors formed from weighted combinations of terms, and documents with supra-threshold cosine values are returned. Initial tests find this completely automatic method for retrieval to be promising. Deerwester -1- 1. Introduction We describe here a new approach to automatic indexing and retrieval.

3 It is designed to overcome a fundamental problem that plagues existing retrieval techniques that try to match words of queries with words of documents. The problem is that users want to retrieve on the basis of conceptual content, and individual words provide unreliable evidence about the conceptual topic or meaning of a document. There are usually many ways to express a given concept, so the literal terms in a user's query may not match those of a relevant document. In addition, most words have multiple meanings, so terms in a user's query will literally match terms in documents that are not of interest to the user.

4 The proposed approach tries to overcome the deficiencies of term-matching retrieval by treating the unreliability of observed term-document association data as a statistical problem. We assume there is some underlying latent semantic structure in the data that is partially obscured by the randomness of word choice with respect to retrieval. We use statistical techniques to estimate this latent structure, and get rid of the obscuring "noise". A description of terms and documents based on the latent semantic structure is used for indexing and The particular "latent semantic indexing" (LSI) analysis that we have tried uses singular-value decomposition.

5 We take a large matrix of term-document association data and construct a "semantic" space wherein terms and documents that are closely associated are placed near one another. Singular-value decomposition allows the arrangement of the space to reflect the major associative patterns in the data, and ignore the smaller, less important influences. As a result, terms that did not actually appear in a document may still end up close to the document, if that is consistent with the major patterns of association in the data. Position in the space then serves as the new kind of semantic indexing, and retrieval proceeds by using the terms in a query to identify a point in the space, and documents in its neighborhood are returned to the user.

6 2. Deficiencies of current automatic indexing and retrieval methods A fundamental deficiency of current information retrieval methods is that the words searchers use often are not the same as those by which the information they seek has been indexed. There are actually two sides to the issue; we will call them broadly synonymy and polysemy. We use synonymy in a very general sense to describe the fact that there are many ways to refer to the same object. Users in different contexts, or with different needs, knowledge, or linguistic habits will describe the same information using different terms.

7 Indeed, we have found that the degree of variability in descriptive term usage is much greater than is commonly suspected. For example, two people choose the same main key word for a single well-known object less than 20% of the time [1] . Comparably poor agreement has been reported in studies of inter-indexer consistency [2] and in the generation of search terms by either expert intermediaries [3] or less experienced searchers [4] [5].. The prevalence of synonyms tends to decrease the "recall" performance of retrieval systems. By polysemy we refer to the general fact that most words have more than one distinct meaning hhhhhhhhhhhhhhh 1.

8 By "semantic structure" we mean here only the correlation structure in the way in which individual words appear in documents; "semantic" implies only the fact that terms in a document may be taken as referents to the document itself or to its topic. Deerwester -2- (homography). In different contexts or when used by different people the same term ( "chip"). takes on varying referential significance. Thus the use of a term in a search query does not necessarily mean that a document containing or labeled by the same term is of interest. Polysemy is one factor underlying poor "precision".

9 The failure of current automatic indexing to overcome these problems can be largely traced to three factors. The first factor is that the way index terms are identified is incomplete. The terms used to describe or index a document typically contain only a fraction of the terms that users as a group will try to look it up under. This is partly because the documents themselves do not contain all the terms users will apply, and sometimes because term selection procedures intentionally omit many of the terms in a document. Attempts to deal with the synonymy problem have relied on intellectual or automatic term expansion, or the construction of a thesaurus.

10 These are presumably advantageous for conscientious and knowledgeable searchers who can use such tools to suggest additional search terms. The drawback for fully automatic methods is that some added terms may have different meaning from that intended (the polysemy effect) leading to rapid degradation of precision [6] . It is worth noting in passing that experiments with small interactive data bases have shown monotonic improvements in recall rate without overall loss of precision as more indexing terms, either taken from the documents or from large samples of actual users' words are added [7] [8]. 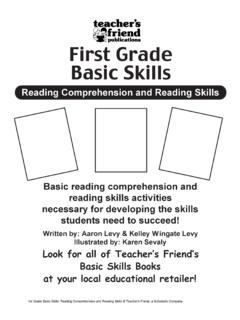 Name_____ Skill: Reading words Look at each picture. Circle the word in each row of words that describes the picture. 3 1. sun box sad 2. green yellow red

CHECK YOUR VOCABULARY FOR - …

Your, Check, Check your vocabulary for, Vocabulary, Almost

A number of texts from various parts of the Near East contain West Semitic words and phrases. The most important of these are the tablets from the ancient Egyptian city of 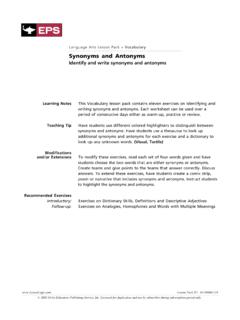 Learning Notes This Vocabulary lesson pack contains eleven exercises on identifying and writing synonyms and antonyms. Each worksheet can be used over a period of consecutive days either as warm-up, practice or review. 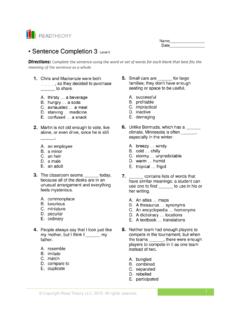 © Copyright Read Theory LLC, 2012. All rights reserved. 2 Answers and Explanations 1) A The main clue in this question is the word “so,” which sets up a logical ... 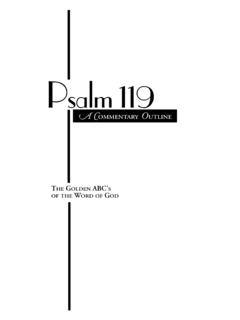 THE FORM OF PSALM 119 The Hebrew psalter contains a number of acrostic, or alphabetic, psalms. An acrostic poem in Hebrew is … 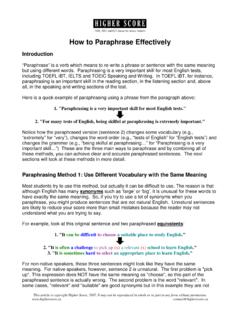 How to Paraphrase Effectively - Higher Score