100BASE-T1 Ethernet: the evolution of automotive …

I 3 100BAE-T1 Ethernet the evolution of automotive netoring April 2018 100BASE-T1 was developed to meet the needs of an automotive system.

2 By is a 100 Mbps automotive Ethernet standard aimed using techniques such as superposition, encoding at increasing data throughput, meeting strong and scrambling schemes (along with a few passive automotive emissions standards, and reducing components), 100 BASE-T1 reduces electromagnetic cabling weight and cost in automotive networking. interference (EMI), cabling weight, cost and footprint By using the basic principles of superposition size compared to traditional Fast Ethernet (100 BASE- and specific encoding and scrambling schemes, TX) solutions. The goal of this paper is to investigate 100 BASE-T1 reduces electromagnetic interference possible use cases of 100 BASE-T1 in automotive (EMI), cabling weight, cost and footprint size systems based on the types of data in automotive compared to Ethernet standards 10 BASE-T and networks, and introduce how the physical layer 100 BASE-TX.

3 Creates an automotive -qualified network compared to Over the years, automotive electrical systems past Ethernet standards. have become more complex, mainly driven by Ethernet in automotive advancements in infotainment, advanced driver- assistance systems (ADAS), power trains and Although Ethernet is a popular long-standing body electronics. These systems require faster communication protocol for commercial and industrial communication networks due to the large amount of applications, it was not widely adopted in the real-time data and firmware/software shared between automotive industry until the advent of 100 BASE-T1. various electronic control units (ECUs) Some vehicles have used 100 BASE-TX for onboard in vehicles today.

4 Diagnostic (OBD) scan tools. However, 100 BASE-TX. was not able to grow within the automotive ecosystem IEEE (100 BASE-T1) is a new physical because it requires two twisted-pair cables and does layer (PHY) communication protocol developed by not meet strict Comit International Sp cial des automotive companies along with leading integrated Perturbations Radio lectriques (CISPR) 25 Class 5. circuit (IC) manufacturers and system developers. radiated emissions limits [1]. 100 BASE-T1 Ethernet: the evolution of automotive networking I 2 April 2018. 100 BASE-T1 was developed to meet the needs of for audio and video data only. The amount of an automotive system.

5 It only requires an unshielded bandwidth partitioned is adjustable and chosen single twisted-pair cable to transmit and receive data by the original equipment manufacturer (OEM). at 100 Mbps speeds over communication distances Typically, 75 Mbps of bandwidth is allocated for of at least 15 m. 100 BASE-T1 emissions profile stays audio and video streams, with the remaining under CISPR 25 Class 5 Annex G stripline method 25 Mbps for data streams [4]. and other automotive emission standards such as Table 1 shows the necessary bandwidth needed for TC8 from Open Alliance [1], [2], [3]. 100 BASE-T1 audio based on the sampling rate and bit depth for standardizes the in-vehicle ecosystem to a network two channels using Equation 1: architecture, simplifying the overall communication Bit rate=Sampling rate Bit depth Number of channels (1).

7 These aspects are important Table 1. Audio bandwidth for two channels. for communicating the various types of information in automotive systems and enable 100 BASE-T1 to Based on Table 1, 100 BASE-T1 easily supports carry different types of data with various priorities (low bandwidth requirements of kHz, 48 kHz and data rate and high priority vs. high data rate and low even 96 kHz sampled audio with bit depths of as priority, as well as time synchronization). much as 32 bits per sample. For example, a typical CD is sampled at kHz and has a bit depth of Ethernet for audio and video data 16 bits per sample. High-resolution audio is often 100 BASE-T1 paired with AVB can transfer both sampled at 96 kHz with a bit depth of 24 bits per audio and video data.

9 Since cameras provide up to several much more bandwidth. Table 2 shows several gigabits of uncompressed data at the main computing different video formats with their respective device, 100 BASE-T1 is not the right solution. bandwidth requirements. Table 2 also estimates the However, 100 BASE-T1 is a viable option for video amount of video bandwidth necessary for different communications when integrating an MCU within a media formats, resolutions and frame rates. camera (such as a smart backup camera). Based on the data in Table 2, the 75 Mbps bandwidth Connected car applications of AVB paired with 100 BASE-T1 should be able to handle a couple of video channels in the infotainment 100 BASE-T1 is not limited to AVB applications.

10 Domain. Still, in ADAS applications, uncompressed A key connection within the vehicle is the telematics video data from cameras can easily have bandwidth control unit (TCU), which controls the wireless tracking requirements over 1 Gbps [8]. Unless the video is of and communication to and from the vehicle. compressed prior to transmission, 100 BASE-T1 Communication from the TCU to the automotive may not be suitable. Furthermore, video transmitted gateway (which bridges various communication via Ethernet requires a microcontroller (MCU) to domains in a vehicle to each another see Figure 1). both perform video compression and to provide enables access to the cloud, facilitating software/. 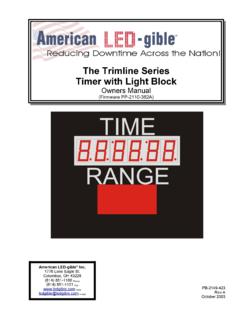 Trimline Timer Owners Manual PB-2149-423 Rev A 1.2 Unpacking the Unit Every Trimline timer is carefully tested, both mechanically and electrically, before shipment. 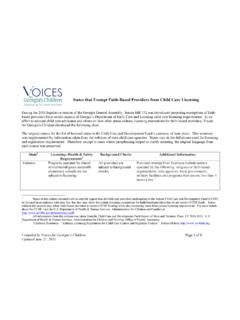 States that Exempt Faith-Based Providers from …

Compiled by Voices for Georgia’s Children Page 1 of 8 Updated June 27, 2011 States that Exempt Faith-Based Providers from Child Care Licensing During the 2011 legislative session of the Georgia General Assembly, Senate Bill 152 was introduced proposing exemptions of faith-

Form, Based, That, Provider, Faith, That exempt faith based providers from, Exempt 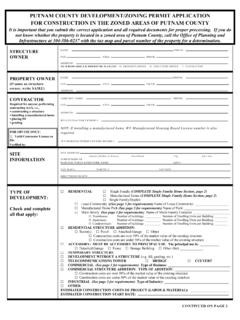 PUTNAM COUNTY DEVELOPMENT/ZONING PERMIT APPLICATION FOR CONSTRUCTION IN THE ZONED AREAS OF PUTNAM COUNTY It is important that you submit the correct application and all required documents for proper processing. 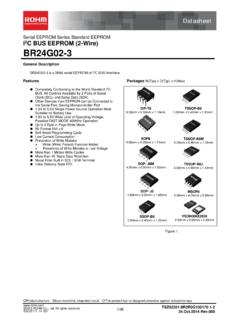 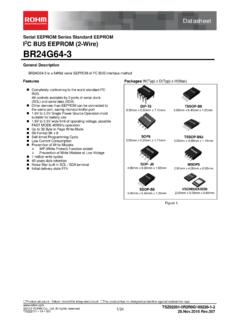 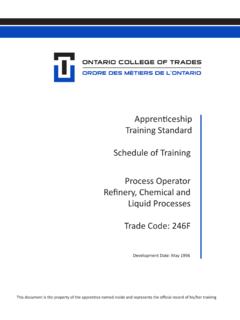 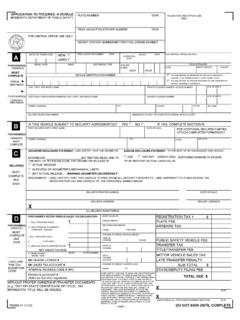 APPLICATION TO TITLE/REG. A VEHICLE …