4 Measures to enhance the sources of capital for infrastructure financing: o Credit Guarantee Enhancement Corporation to be set up in 2019-2020. o Action plan to be put in place to deepen the market for long term bonds with focus on infrastructure. o Proposed transfer/sale of investments by FIIs/FPIs (in debt securities issued by IDF-

4 Crore. Enrolment to be kept simple, requiring only Aadhaar, bank account and a self- declaration. o Rs. 350 crore allocated for FY 2019-20 for 2% interest subvention (on fresh or incremental loans) to all GST-registered MSMEs, under the Interest Subvention Scheme for MSMEs. o Payment platform for MSMEs to be created to enable filing of bills and payment thereof, to eliminate delays in GOVERNMENT payments. India s first indigenously developed payment ecosystem for transport, based on National Common Mobility Card (NCMC) standards, launched in March 2019. Inter-operable transport card runs on RuPay card and would allow the holders to pay for bus travel, toll taxes, parking charges, retail shopping.

5 Massive push given to all forms of physical connectivity through: o Pradhan Mantri Gram Sadak Yojana. o Industrial Corridors, Dedicated Freight Corridors. o Bhartamala and Sagarmala projects, Jal Marg Vikas and UDAN Schemes. State road networks to be developed in second phase of Bharatmala project. Navigational capacity of Ganga to be enhanced via multi modal terminals at Sahibganj and Haldia and a navigational lock at Farakka by 2019-20, under Jal Marg Vikas Project. 2. Four times increase in next four years estimated in the cargo volume on Ganga, leading to cheaper freight and passenger movement and reducing the import bill.

6 Rs. 50 lakh crore investment needed in Railway Infrastructure during 2018-2030. Public-Private-Partnership proposed for development and completion of tracks, rolling stock manufacturing and delivery of passenger freight services. 657 kilometers of Metro Rail network has become operational across the country. Policy interventions to be made for the development of Maintenance, Repair and Overhaul (MRO), to achieve self- reliance in aviation segment. Regulatory roadmap for making India a hub for aircraft financing and leasing activities from Indian shores, to be laid by the GOVERNMENT .

7 Outlay of Rs. 10,000 crore for 3 years approved for Phase-II of FAME Scheme. Upfront incentive proposed on purchase and charging infrastructure, to encourage faster adoption of Electric Vehicles. Only advanced-battery-operated and registered e-vehicles to be incentivized under FAME Scheme. National Highway Programme to be restructured to ensure a National Highway Grid, using a financeable model. Power at affordable rates to states ensured under One Nation, One Grid . Blueprints to be made available for gas grids, water grids, i-ways, and regional airports. High Level Empowered Committee (HLEC) recommendations to be implemented: o Retirement of old & inefficient plants.

8 O Addressing low utilization of gas plant capacity due to paucity of Natural Gas. Cross subsidy surcharges, undesirable duties on open access sales or captive generation for industrial and other bulk power consumers to be removed under Ujjwal DISCOM. Assurance Yojana (UDAY). Package of power sector tariff and structural reforms to be announced soon. Reform measures to be taken up to promote rental housing. Model Tenancy Law to be finalized and circulated to the states. Joint development and concession mechanisms to be used for public infrastructure and affordable housing on land parcels held by the Central GOVERNMENT and CPSEs.

9 3. Measures to enhance the sources of capital for infrastructure financing: o Credit Guarantee Enhancement Corporation to be set up in 2019-2020. o Action plan to be put in place to deepen the market for long term bonds with focus on infrastructure. o Proposed transfer/sale of investments by FIIs/FPIs (in debt securities issued by IDF- NBFCs) to any domestic investor within the specified lock-in period. Measures to deepen bond markets: o Stock exchanges to be enabled to allow AA rated bonds as collaterals. o User-friendliness of trading platforms for corporate bonds to be reviewed.

10 Social stock exchange: o Electronic fund raising platform under the regulatory ambit of SEBI. o Listing social enterprises and voluntary organizations. o To raise capital as equity, debt or as units like a mutual fund. SEBI to consider raising the threshold for minimum public shareholding in the listed companies from 25% to 35%. Know Your Customer (KYC) norms for Foreign Portfolio Investors to be made more investor friendly. GOVERNMENT to supplement efforts by RBI to get retail investors to invest in GOVERNMENT treasury bills and securities, with further institutional development using stock exchanges. 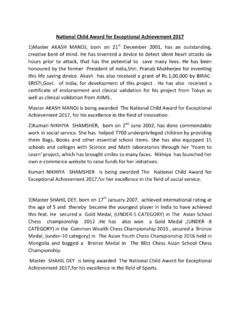 Page 1 University of Birmingham and Network Rail List of Acronyms and Abbreviations for Railways (LAAR) Mark 24, February 2011 This list was originally produced by the Railway Systems Group at the University of Sheffield, in 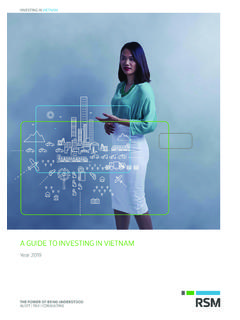 A GUIDE TO INVESTING IN VIETNAM - rsm.global

Northern provinces. The rail network includes 15 main routes and branches connecting 35 provinces and cities, of which the North-South route is the longest and most important

University of Birmingham and Network Rail, Acronyms and Abbreviations for Railways, Rail, Understanding the Impact of Transportation