LEARN TO GROWI rrigationWise Academy1820+27 21 850 8220 | | Training 20182 Boosting irrigation knowledge and water conservation through trainingSABI IrrigationWise Academy offers a range of training programmes to boost optimum irrigation practices and water conservation in South Africa and the continent. The Academy s focus is on boosting technical and engineering skills in both the agricultural and landscape sectors at all levels of operation. The Academy s programme are in-line with the objectives of SABI, the recognised representative organisation of the irrigation industry in South s aim is promoting the optimal and efficient use of irrigation water in South Africa, and the knowledge and skills vested in its members best equips the IrrigationWise Academy to advance efficient use and management of courses currently on offer have been developed over more than fifteen years and are aimed both at the agricultural and landscape irrigation industries and irrigation courses are scheduled for annual presentation in Pretoria and Stellenbosch

1 LEARN TO GROWI rrigationWise Academy1820+27 21 850 8220 | | Training 20182 Boosting irrigation knowledge and water conservation through trainingSABI IrrigationWise Academy offers a range of training programmes to boost optimum irrigation practices and water conservation in South Africa and the continent. The Academy s focus is on boosting technical and engineering skills in both the agricultural and landscape sectors at all levels of operation. The Academy s programme are in-line with the objectives of SABI, the recognised representative organisation of the irrigation industry in South s aim is promoting the optimal and efficient use of irrigation water in South Africa, and the knowledge and skills vested in its members best equips the IrrigationWise Academy to advance efficient use and management of courses currently on offer have been developed over more than fifteen years and are aimed both at the agricultural and landscape irrigation industries and irrigation courses are scheduled for annual presentation in Pretoria and Stellenbosch but other venues can be included if an adequate number of learners can be assembled.

2 The courses are presented in collaboration with the private sector, universities, research organisations and agricultural IrrigationWise Academy s training s philosophy is based on sound theoretical foundations, but with presentations done in a highly practical manner: this balance is achieved with the assistance of SABI company members and approved SABI designer appropriate unit standards exist, SABI has aligned its courses with the requirements of the AgriSETA (Agricultural Sector Education and Training Authority). Thus learners are assured that the SABI Training course content and presentation meets the requirements of the SAQA (South African Qualifications Authority).The landscape courses offered by SABI are accredited by the USA-based Irrigation Association (IA) and therefore in line with international too, the number of credits earned when completing an AgriSETA accredited course can contribute to the total number of credits required for a learner to obtain a recognised qualification.

3 SABI courses form part of the national certificate or national diploma in plant production as recognised by comprehensive range of courses have been developed and are suited to: 6 Irrigation sales assistants 6 Irrigation designers (agricultural and landscape subsectors) 6 Irrigation managers 6 New and experienced farm workersThe IrrigationWise Academy also presents customised training programmes and facilitates training workshops for a variety of clients, such as parastatal organisations, farming estates and commodity 2018 course information or registrations, contact us on 021 850 8220 or e-mail 20183 Our course facilitatorsIsobel van der Stoep Pr EngIsobel van der Stoep is an agricultural engineer working in the field of irrigation and specialising in water management and measurement.

4 She was a lecturer in irrigation engineering and rural development at the University of Pretoria for 10 years before joining consulting firm WSM Leshika in presented courses on irrigation design to engineering students at under and postgraduate level. At SABI, she has been responsible for organising irrigation design and evaluation courses for the last 9 years. Isobel is still involved with a number of research projects. Her main focus currently is on the assessment and improvement of water use efficiency in the irrigation sector from catchment level to field level, specifically through the implementation of water measurement on a national basis, as well as better energy management in irrigation van der WesthuizenAnnemarie van der Westhuizen is a horticulturalist and passionate about plant production.

5 Originally working as researcher, Annemarie developed an interest in programming and became involved in educational software development before returning to complete her Masters degree at the University of Pretoria in UP, she worked on a number of projects regarding irrigation of agronomical crops with gypsiferous mine water, and also assisted with undergraduate and post graduate classes. Thereafter she moved into private practice, establishing a tissue culture laboratory and doing freelance landscape irrigation designs. Since 2008, she was a senior research officer at SAPPI Forest Research, and joined SABI in 2014 to assist with the development and presentation of existing and new courses. Corn ArlowCorn Arlow completed a National Diploma and qualified as an Engineering Survey Technician in 1998 at Tshwane University of Technology after which he had to fulfil a bursary obligation at Eskom.

6 In 2001 he moved to Cape Town where he started the Model Maker Systems agency for the Cape regions of South Africa now called MMS Design, and currently also specialises in GPS provides sales, support and training assistance to many MMS users in his region and abroad. He has been writing Tips & Tricks articles for SABI magazine about IrriMaker software since 2009. His hands-on knowledge and daily involvement with industry has equipped him perfectly to facilitate the courses on surveying and mapping, and computer aided design with BarnardJohan Barnard is a former SABI president and irrigation professional with more than 40 years experience. Originally trained as a civil engineering technician at the Cape Technikon, he became involved with irrigation in 1976 at Boeresake and worked his way up at a number of Cooperatives until his retirement in 2009 as Manager: Irrigation at Overberg Agri keen training enthusiast, Johan loves working with people and developing their skills, something he is exceptionally good at due to his more than 30 years of training experience in the irrigation industry.

7 Johan facilitates the Basic Principles of Irrigation, and Irrigation Sales Assistants Courses, while he has also been instrumental in the development of the Principles of Surveying and Mapping 20184 Our course facilitatorsJaco NeethlingJaco Neethling has been involved in the Irrigation industry for more than 20 years, selling and designing residential, commercial and turf ( Cape Town Stadium 2010 design) irrigation systems for the last 10 started out in 1994 as an irrigation salesman before taking a position as shop manager at Loxton Irrigation in Stellenbosch in 2002. In 2004 he became more closely involved with the landscape irrigation industry when he joined Greenscapes Landscaping in Cape Town, obtaining valuable site experience.

8 Currently he works for Controlled Irrigation, where he is an irrigation designer and the turf irrigation sales holds the Residential Design Certificate of the Landscape Irrigation Association (LIA) as well as the Commercial/Large Turf Certificate (Advanced Course). He has served on the Western Cape committee of the LIA and as a judge of the LIA Awards of Excellence for 2 will be assisting SABI in the Western Cape to develop and implement the landscape irrigation training van der MerweRichard is a qualified agricultural engineer holding a BSc Engineering from the University of Natal. Richard has worked as an engineer in the Department of Agriculture and the Department of Water Affairs and Forestry as well as being a research engineer in the fields of irrigation and drainage at the Agricultural Research Council (ARC) from 2012 to 2017.

9 During this period, Richard became passionate about irrigation, having always had a strong interest and links to the agricultural water , SABI Gauteng branch chairperson from 2017-2017, is also a SABI Approved Designer as well as an approved SABI irrigation system evaluator. Further, for the past four years Richard has served as the external examiner for the SABI Design course and is the external moderator for the Taung Agricultural College in the North West province for their course on irrigation and drainage. He has presented courses on irrigation to UNISA students, small holder farmers and commercial farmers. His research arena was the technical aspects of sub-surface drainage for the WRC, and he has spent time in the field evaluating different systems from centre pivots to micro and flood systems in the commercial farming sector.

10 Richard is currently business manager and engineer for Southern Irrigation, and will present landscape irrigation especially for PillayDan Pillay s career in the irrigation industry began as a draughtsman in 1974. From there on he progressed to being an Irrigation Designer (trained in-house by Agriplas), irrigation salesman, business owner, irrigation installer, branch manager, and national training officer. He was seconded to Tate & Lyle Engineering during the development of The Royal Swaziland Sugar Corporation estates (1978-1980) and having assisted in the installation of Bell Mare Plaige Golf Course 2 in Mauritius in currently works for Controlled Irrigation, a company with a major share in the Golf Course and Landscape Irrigation industry, providing all forms of irrigation in the landscape, sport fields and agricultural markets, in South African and the African will be presenting landscape irrigation courses in the northern provinces of the 20185 The irrigation industry consists of the manufacturers or suppliers of equipment, retail outlets, irrigation design professionals, and irrigation installation and/ or maintenance contractors, serving the agricultural sector. 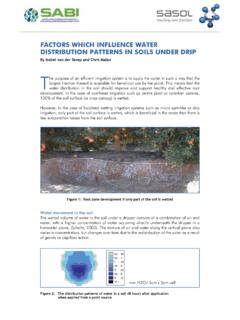 SABI NORMS FOR THE DESIGN OF IRRIGATION …

sabi norms for the design of irrigation systems date of last review: 25 may 2017 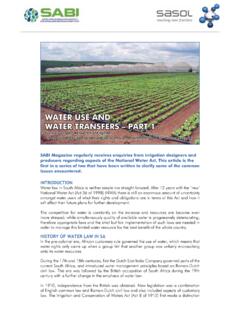 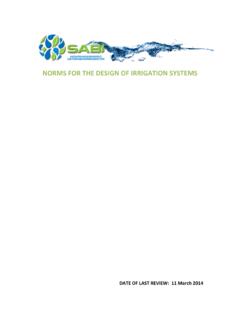 NORMS FOR THE DESIGN OF IRRIGATION SYSTEMS

norms for the design of irrigation systems date of last review: 11 march 2014 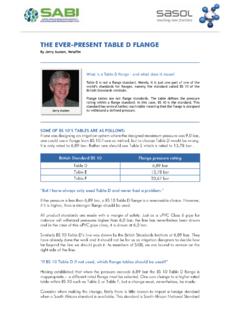 figure 1 Differences between flanges – 150mm example. *The pitch circle is an imaginary circular line that connects the centres of all the flange’s bolt 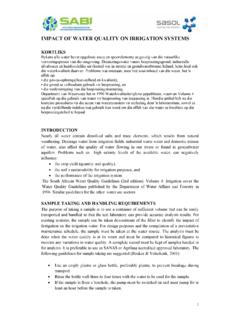 IMPACT OF WATER QUALITY ON IRRIGATION … 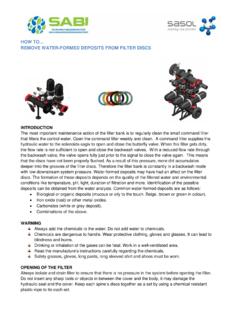 HOW TO… REMOVE WATER-FORMED DEPOSITS …

HOW TO… REMOVE WATER-FORMED DEPOSITS FROM FILTER DISCS INTRODUCTION The most important maintenance action of the filter bank is to regularly clean the small command ... 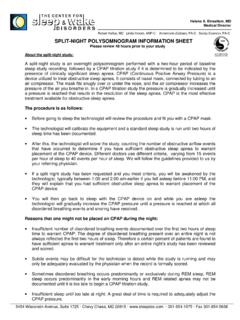 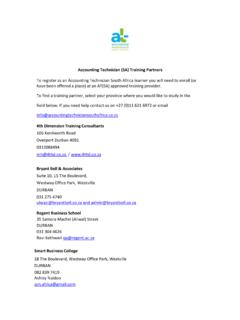 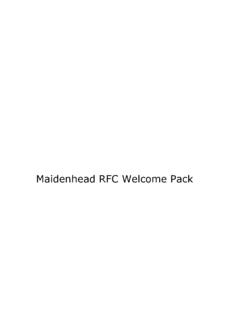 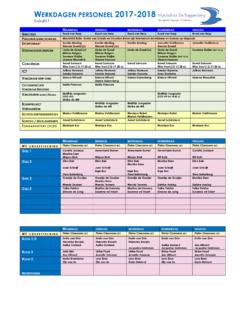 Needlestick Safety and Prevention - WHO | World …