2 The multistate license allows them to practice nursing in other Compact member states without having to obtain a second license. The council revised the Compact provisions in May 2015; the Revisions included specifying Licensure requirements, establishing rulemaking provisions, and establishing a commission to govern the Compact . The Nurse Licensure Compact allows nurses to hold a multistate license and practice outside of the primary state of residency in which they are licensed. Every state, territory, and the District of Columbia have a Board of nursing that is responsible for Nurse Licensure and discipline. Inter-state compacts allow states to share regulatory responsibilities for practices or professions that could cross state lines and to more effectively manage this shared responsibility. Compacts are formal agreements between states that bind them to the Compact 's provisions with the force of statutory law and take precedence over conflicting state laws.

3 In 1998, the National Council of State Boards of nursing Delegate Assembly finalized the Nurse Licensure Compact . Under the Compact , licensed practical and registered nurses have the privilege to practice in other states (referred to as remote states) that have joined the Compact by maintaining a single license in the primary state of Traditionally, nurses wishing to practice in more than one state are required to hold a license in each state in which they practice. In Florida, and many other states, nurses who hold a license from another state can be licensed in the second state through examination or by endorsement. Licensure by endorsement is a process by which the state's Board of nursing examines the 1. The Compact refers to the primary state of residence as the Nurse 's home state and the other Compact state in which a Nurse may practice as a remote state.

6 3. Nurses may still obtain endorsements from non- Compact states. Page 3. The National Council of State Boards of nursing (National Council) is non-profit organization that coordinates the efforts of member states. The council also manages NURSYSTM, the national database for verification of Nurse Licensure , discipline, and practice privileges for registered nurses licensed in participating boards of nursing , including all states in the Compact . NursysTM provides online verification to a Nurse asking to practice in another state and Nurse license look-up reports to employers and the general public. With limited exceptions, most states, including Florida, use three NursysTM services that include4. e-Notify, which allows employers to automatically receive publicly available discipline and license status updates of their employees;. QuickConfirm, which allows for online license look-up; and license verification, which allows nurses to verify their current license(s) in order to obtain a new license in another state.

7 While all states can use NursysTM, only Compact states may access investigative information posted by other Compact states. In May 2015, the National Council passed amendments revising the Nurse Licensure Compact . The council amended the Compact to Address states' concerns and facilitate greater 5. participation. The Revisions include establishing Compact Licensure requirements, an interstate governing body, and rulemaking (See Exhibit 2 for a summary of Revisions and Appendix B for a detailed description.). Compact Licensure requirements. The council significantly expanded the general provisions for multistate Licensure by establishing uniform Licensure requirements. Prior to the Revisions , the Compact simply required nurses to meet their home state's qualifications in order to obtain or retain a license. The Revisions add 11 For example, the Revisions established requirements for states to implement procedures for considering the criminal history records of applicants for initial multistate Licensure .

9 4. All but three states Alabama, Hawaii, and Oklahoma participate in providing some data to NURSYS's services, regardless of their Compact participation. 5. The National Council of State Boards of nursing also developed a new Advanced Registered Nurse Practitioner (ARNP) Compact , with much of the same language as the Nurse Licensure Compact . However, unlike the Nurse Licensure Compact , the ARNP Compact is predicated on each state allowing ARNPs to practice independently, and allows these nurses to prescribe controlled substances under their individual Licensure with the Drug Enforcement Administration. Thus, the ARNP Compact language presents a conflict with current Florida law and rules, as Florida requires physician supervision of ARNPs and does not allow ARNPs to prescribe controlled substances. 6. Revisions also included expanding disciplinary information reported on nurses to Nurse participation in alternative disciplinary programs.

10 Creating a new article outlining oversight, dispute resolution, and enforcement of the Compact ; and restructuring provisions outlining states'. responsibilities related to regulatory actions and sharing information. 7. Appendix C compares Florida's Licensure requirements to the Compact Licensure requirements. Page 4. Rulemaking procedures. The Revisions also further clarify and supplement the Compact 's rulemaking procedures. The Revisions create rulemaking authority for administering and implementing the Compact and procedural requirements and reference topics that could be managed by rule. The Revisions specifically provide that commissioners shall adopt rules and bylaws pertaining to operations of the Compact , including meeting procedures, financial procedures, commission duties, and personnel standards. These provisions specify promulgation and adoption procedures consistent with the federal Administrative Procedure Act. 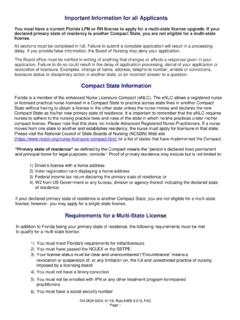 Important Information for all Applicants You must have a current Florida LPN or RN license to apply for a multi-state license upgrade. If your 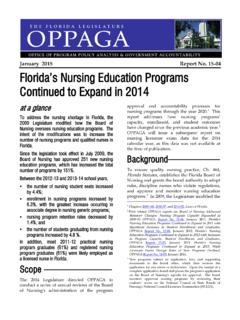 January 2015 Report No. 15-04 Florida’s Nursing Education Programs Continued to Expand in 2014 at a glance To address the nursing shortage in Florida, the

Who is Eligible to Apply to Take the Examination?

Who is Eligible to Apply to Take the Examination? Graduates from: · Accreditation Commission for Education in Nursing (ACEN) or Commission on Collegiate Nursing 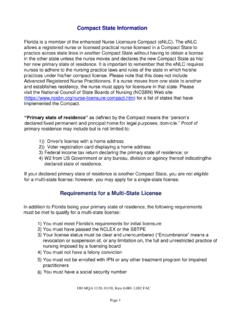 Compact State Information Florida is a member of the enhanced Nurse Licensure Compact (eNLC). The eNLC allows a registered nurse or licensed practical nurse licensed in a Compact State to 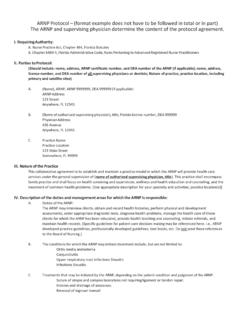 ARNP Protocol (format example does not have to … 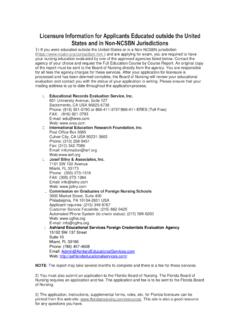 ˘ ˇ˘ˆ ˙˘ ˝ 1)If you were educated outside the United States or in a Non-NCSBN jurisdiction (https://www.ncsbn.org/contactbon.htm ) and are applying for exam, … 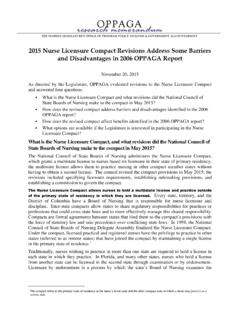 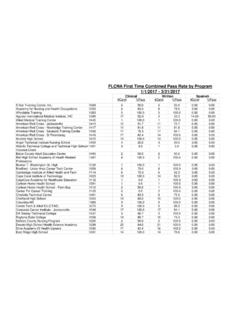 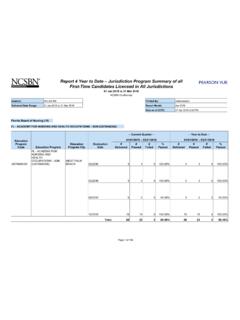 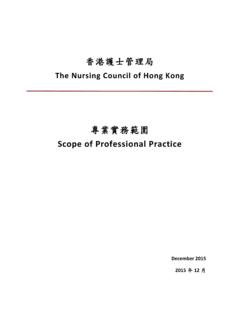 [5] 4. DELEGATION 4.1. The cadre of care workers has been expanding to cater for the needs of the patients in the context of ageing population and …