According to data compiled by the Department of Public Safety’s Uniform Crime Reporting (UCR) program, the overall major crime rate (the number

2 Decreased compared to 2015. The violent "While we are pleased that the overall index crime rate crime rate increased , as each offense went has decreased somewhat over the last year, it is up: murder increased by ; rape rate increased concerning that at the same time Texas experienced a by ; robbery increased by 3%; and aggravated significant increase in the actual number of violent assault increased by The overall property crimes, particularly in many of our metropolitan areas,". T E X A S D E PA R T M E N T O F P U B L I C S A F E T Y.

3 Crime rate decreased by , burglary decreased said DPS Director Steven McCraw. "Moreover, we are by ; larceny-theft decreased by Motor still relying on a crime index reporting program from the vehicle theft increased by While the overall 1930s that does not reflect an accurate picture of the state index by volume decreased compared to threats posed by criminal enterprise organizations 2015, violent crime by volume increased by 7%. currently operating in our state. Drug and human The total number of juvenile arrests in 2016 smuggling, extortion, corruption, bribery, money decreased from 2015, and adult arrests laundering and kidnapping are just a few of the crimes decreased committed by these ruthless organizations that are not The number of assaults on police officers in 2016 reflected in current UCR data.

4 Greater adoption of the showed a increase from 2015. Eight law National Incident Based reporting System (NIBRS) by enforcement officers were reported killed feloniously Texas law enforcement agencies will address these in the line of duty, while nine died in duty-related and other categories relevant to accurately assessing accidents in 2016. the impact of all crime as well as provide greater transparency to the public related to crime in our In 2016, Texas law enforcement agencies reported communities.

5 ". 178 incidents of hate crimes involving 201 victims and 210 offenders and 186 unique offenses. This marks an incident decrease of over 2015. Index Crime Rate Law enforcement agencies reported 196,564 family The crime rate reported by UCR is defined as the violence incidents involving 214,815 victims and number of crimes committed per 100,000 population. 208,764 offenders in 2016 an incident increase of This mechanism allows comparisons between periods in family violence occurrences compared to of time to be made without being affected by population the year before.

6 Swings. For 2016, the Texas Crime Rate was 3, Sexual assault data showed 18,349 sexual assault crimes per 100,000 population, a decrease from incidents involving 19,045 victims and 19,245 2015. The crime rate is based on the total Texas UCR. offenders resulting in an incident decrease of reporting agency populations of 27,821,692. from 2015. Index Crime Volume STATISTICAL ANALYSIS OF CRIME The total number of Index Crimes reported for 2016. The UCR Program was 886,189. This volume of crime represents a decrease of when compared to 2015.

7 In an effort to produce reliable crime statistics for law enforcement administration, scholars, Participation researchers, members of the media, and the public at large seeking information on crime in Texas, the The Texas UCR program, though voluntary, enjoys a TXDPS UCR program collects crime data from local high rate of participation with a total of 1,072 law law enforcement agencies. The UCR program enforcement agencies either directly reporting UCR. utilizes two different reporting methodologies: data to the Department or being covered-by their Summary reporting (SRS) and the National Incident county Sheriff.

i Prologue In 1989, the Texas Legislature established the Commercial Driver License Law to comply with the federal Commercial Motor Vehicle Safety Act of 1986. 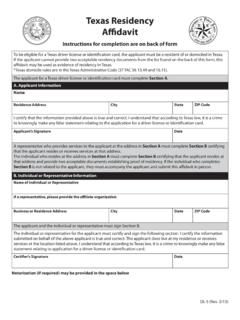 Instructions for completion are on back of form - …

Notarization (if required) may be provided in the space below DL-5 (Rev. 2/13) Texas Residency Aﬃdavit Instructions for completion are on back of form

Introduction The Texas Department of Public Safety, Driver License Division, is committed to creating a faster, easier, and friendlier driver license experience and a safer Texas. 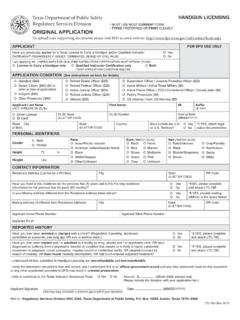 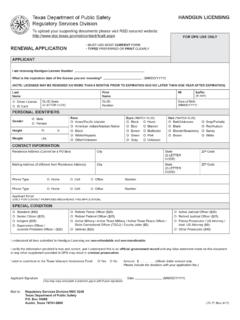 APPLICANT I am renewing Handgun License Number What is the expiration date of the license you are renewing? (MM/DD/YYYY) (NOTE: LICENSES MAY BE RENEWED NO MORE THAN 6 MONTHS PRIOR TO EXPIRATION AND NO LATER THAN ONE YEAR AFTER EXPIRATION) 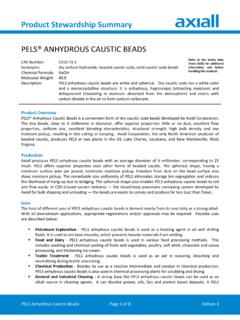