7 The height of the structure is determined to comply with the bending radius of the CABLE and with the termination installation conditions. Figure 9 : GIS termination and outdoor bushing installation Laying in ducts The cables are installed in PE ducts 210/250 mm in diameter and 22 m long. After pulling the CABLE , the three ducts were sealed and filled with Bentonite . Return to Session Figure 10 : Ducts area before bentonite filling Controlled backfill The controlled backfill area is 20 m long. The gap between each CABLE is 700 mm The backfilling height above the cables is m. Figure 11 : Controlled backfill area before backfilling Joints installation conditions Figure 12 : Joint bay during salted water filling The joint bay is 8 m (L) x m (l) x (h). It is made of concrete. The openings for the cables are plugged with plaster around each CABLE .

8 The joints are installed on steel frames ; the cables are held on each side of the frame by two clamps. The joint bay is filled up to 10 cm above the highest point of the joints with a mixture of water, sand (granularity ) and sea salt, with a concentration of 4 g/l. A tarpaulin cover is laid on the filling to enable the backfilling of the chamber with 20 m3 of earth. The water level in the joint bay is adjusted every month. Figure 13 : Joint bay filled with sand saturated with salted water Gallery The gallery is 22 m (L) x 2 m (l) x m (h). It is made of concrete. A snaking area is arranged in the gallery by means of 4 CABLE holders spaced out 5 m from each other and fixed on the walls of the gallery. To keep the spacing between the cables, free intermediate supports are placed m from the snaking supports. 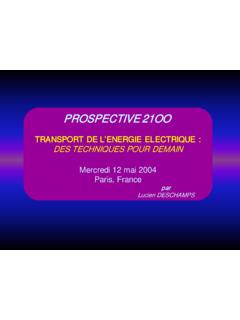 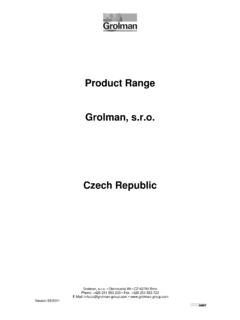