4S324 A/C SYSTEM FLUSHING The reason for flushing the A/C system is to remove oil and contamination. When it comes to maintaining your warranty the choice is the use of an in-line filter or component flushing.

4 Use of a flush chemical that is not approved by the power flush equipment manufacturer or use of an approved flush chemical without the use of the manufacturers power flush equipment are not acceptable flush methods under the Four Seasons warranty policy. APPROVED Flushing PROCEDURE: Flushing the A/C System (or installation of an in-line filter) is now a required service procedure, in order to protect the warranty of all Four Seasons replacement compressors. Flushing the condenser, evaporator, refrigerant lines and hose assemblies (without mufflers and or orifice tubes) is the best way of removing residual oil and contaminants, when performing a compressor replacement. Flushing condensers where the compressor has sustained a catastrophic failure is generally not an effective repair process and may require condenser replacement. This is especially true in the case of late model multi-flow condenser designs which are less responsive to Flushing . 4S324. There are a variety of Flushing chemicals available in the aftermarket and their chemical properties ~~~~~~~~~~~~~~~~~~~~~~~~~~~~~~~~~~~~~~~~ ~ differ greatly.

5 The differences in their properties are highlighted in the following chart. / / /. Chemical Properties: 141b Dura Flush / / / Oil Based Terpene Based Solvent Based Flammability: No Flash Point High Flash Point Low Flash Point Flammable Cleaning Ability: Excellent Fair Good Good Compatibility with Good Good May attack May Attack A/C System : o-rings & hoses o-rings & hoses Ease of Use: Easy to Use. Extremely difficult Must be used with Extremely to remove. Power Flush difficult to use as Can be utilized in a Chemical will be Systems Only. extra care must be Hand Held Flush retained with the taken, in order not Gun System since remaining Not approved for to ignite this very the chemical contaminated oil use with a combustible evaporates easily. that is in the Hand Held Flush material. A/C System . Gun System Cost Effectiveness: Proven track Extra time needed Significantly Flammability risk record, to remove flush, longer service is hard to ignore. residues that are time.

6 Will Reduce present. Extra time is comebacks . Requires the use required to Risk of premature of Costly remove flush. Utilizes compressor Equipment. inexpensive failure. equipment. Evaporation Rate: High Easy to Poor - Will remain Poor - Difficult to Medium Need remove from in the A/C System . remove from the extra time to System . A/C System . insure removal ALWAYS REMEMBER: To flush the required components or install an in-line filter. When utilizing power Flushing , be sure to refer to the particular manufacture's instruction material for the correct operating procedure when using power flush equipment and use only the equipment manufacture's approved flush chemical. The use of non-approved flush chemicals can cause harm to you, your equipment and/or the vehicle. The use of non-approved flush chemicals will void your Four Seasons compressor warranty. The Four Seasons approved flush methods, equipment and chemicals are: Open loop with Flush Kit and DURA FLUSH or HCFC 141b. 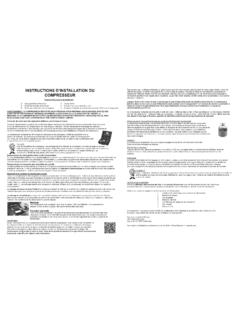 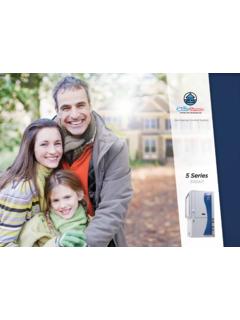 A Passion for Quality The 5 Series Technology WaterFurnace is dedicated to providing you with safe, reliable and energy efficient products …