5th grade Fractions Number and Operations - Fractions • Fractions can be represented as a measure. • A fraction is another representation of division. • Conceptual understanding of numerator and denominator. • Many fractions can represent the same value: 1/2=2/4=3/6. • Units can only be combined with like units – ex: common denominator: halves + halves, fifths+ fifths,

2 (In general, a/b critique the reasoning of others. + c/d = (ad + bc)/bd.) 4. Model with mathematics. Solve word problems involving addition and subtraction of Fractions 5. Use appropriate tools strategically. referring to the same whole, including cases of unlike denominators, , by using visual fraction models or equations to represent the problem. Use 6. Attend to precision. benchmark Fractions and number sense of Fractions to estimate mentally and 7. Look for and make use of structure. assess the reasonableness of answers. For example, recognize an incorrect 8. Look for and express regularity in result 2/5 + 1/2 = 3/7, by observing that 3/7 < 1/2.

3 Repeated reasoning. Supporting Standards: Represent and interpret data. Make a line plot to display a data set of measurements in Fractions of a unit (1/2, 1/4, 1/8). Use operations on Fractions for this Grade to solve problems involving information presented in line plots. For example, given different measurements of liquid in identical beakers, find the amount of liquid each beaker would contain if the total amount in all the beakers were redistributed equally. Enduring Understanding(s): Students will understand that . Fractions extend the number system's complexity and applicability in problem-solving. Fractions are numbers that express relationships between the part and the whole.

4 Identifying the whole or unit is critical for interpretation of Fractions . Fractions may represent division with a quotient less than one. Equivalent Fractions represent the same value The more equal-sized pieces that form a whole, the smaller the pieces of the whole become. With unit Fractions , the greater the denominator, the smaller the piece is. Comparisons between Fractions are valid only when the two Fractions refer to the same whole. Guiding Questions: These questions will guide student inquiry. What is a fraction? How are Fractions similar to whole numbers? How can you use what you know about whole number operations to solve problems with Fractions ?

5 How does changing the number of the fractional parts help to solve problems with a different number of fractional parts? How is equivalence maintained when adding or subtracting Fractions with different-sized parts? Where do we find Fractions in the real world? When is it appropriate to estimate when solving problems with Fractions ? How will you justify your answer? What are ways you can use Fractions to solve problem situations? Student Performance Knowledge: Students will understand/know Application: Students will be able to . Fractions can be represented as part of whole. Create equivalent Fractions . When comparing Fractions , the whole must be the same.

7 Write measurements in Fractions of a unit Many Fractions can represent the same value: 1/2=2/4=3/6. Units can only be combined with like units ex: common denominator: halves + halves, fifths+ fifths, feet + feet. Adding and subtracting Fractions with unlike denominators; the numerator tells the number of parts and the denominator tells the type of parts Mixed numbers represent a whole number plus a fraction less than one Assessments (Attached). Pre-Assessment: . Formative Interim Assessment: Mid- unit Check (Use after Lesson 5 ). Suggested Formative Assessments: o Illustrative Mathematics: Naming the Whole for a Fraction (Use after Lesson 1). 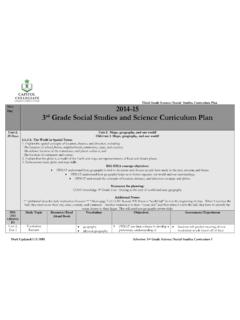 3rd Grade Social Studies and Science Curriculum Plan Unit 2, 28 Days Unit 2: Maps, geography, and our world! ... SWBAT identify and label latitude and longitude on maps. SWBAT identify that the earth is ... longitude divided into hemispheres by the equator and the Prime Meridian. 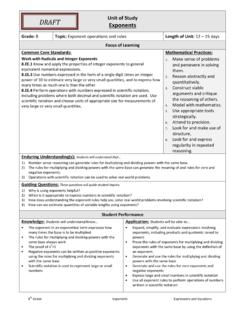 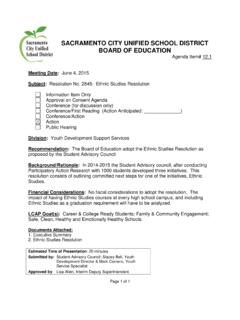 schools, and parents, family and community members will become more fully engaged as partners in the education of students in SCUSD. The Ethnic Studies Initiative embodies all three LCAP goals. III. BUDGET . Exact budget implications of Ethnic Studies as a graduation requirement will have to be researched by the district.

The unit will culminate with publishing some student poems and having a celebration of the young writers. Immersion in the genre of poetry throughout the school year is essential and certainly in the week prior to beginning a writing Unit of Study in Poetry. Poetry has a place in many daily elements of a balanced 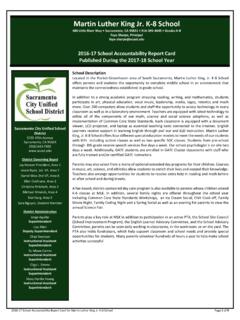 2016-17 School Accountability Report Card for Martin Luther King Jr. K-8 School Page 2 of 9 About the SARC By February 1 of each year, every school in … 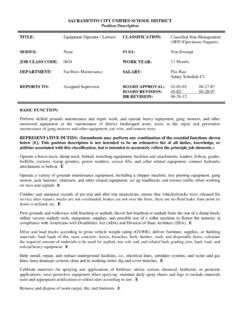 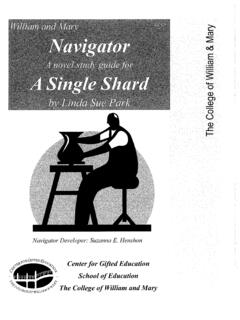 Understanding Text Structures . Kathleen Rowlands . In An Introduction to Symbolic Logic, Susanne Langer writes, “The structure of a thing is the way it is put together. Anything that has structure, then, must have parts, properties, or aspects which are somehow 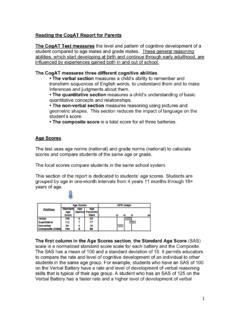 The CogAT Test Explanation for Parents

The first column in the Age Scores section, the Standard Age Score (SAS) scale is a normalized standard score scale for each battery and the Composite. The SAS has a mean of 100 and a standard deviation of 16. It permits educators to compare the rate and level of cognitive development of an individual to other students in the same age group. 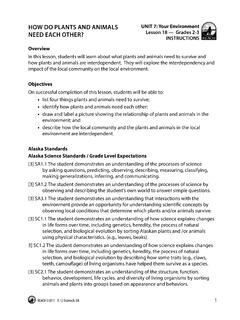 UNIT 7: Your Environment Lesson 18 Grades 2-3 INSTRUCTIONS 5 plants depend on bees and insects for pollination, while the pollinators need the nectar from the flowers. After the flowers have been pollinated, they can turn into berries, which are then eaten by animals like bears, ptarmigan, fox, and people. The berry seeds pass 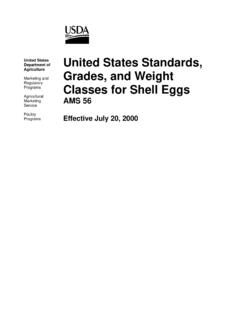 Jul 20, 2000 · These standards, grades, and weight classes have been developed and are promulgated pursuant to the authorities contained in the Agricultural Marketing Act of 1946, as amended (7 U.S.C. 1621 et seq.). The voluntary USDA shell egg grading program operates under these standards, grades, and weight classes as well as the shell egg grading regulations. 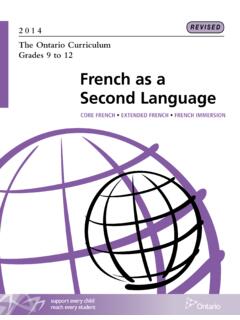 2014 REVISED The Ontario Curriculum Grades 9 to 12

including stories and poetry, in the grades 2-3 text complexity band proficiently, with scaffolding as needed at the high end of the range. ELAGSE2RI10: By the end of the year, read and comprehend informational texts, including history/social studies, science, and …

standards is given for grades nine through twelve. The elementary and middle school stan­ dards provide the foundational skills and knowledge for students to learn core con­ cepts, principles, and theories of science at the high school level. The standards are organized in sets under broad concepts. This organization is intended to help the ... 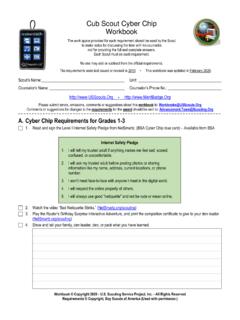 No council, committee, district, unit, or individual has the authority to add to, or subtract from, advancement requirements. There are limited exceptions relating only to youth members with special needs. For details see section 10, “Advancement for Members With Special Needs”. [Page 2] — The “Guide to Safe Scouting” Applies