A Brief History of Neoliberalism - rebels-library.org

A Brief History of Neoliberalism by David Harvey, Oxford University Press, 2005, 256. pp. Michael J. Thompson David Harvey has established himself as one of the most insightful and politically relevant social scientists on the left. By extending Marxian political economy into new spheres of social reality such as the urban environment and space . he has been able to make significant contributions to our understanding of the ways that capitalism shapes everyday life. His seminal work, Social Justice and the City, published over thirty years ago, in 1973, provoked a profound reorientation in urban studies and in the study of capitalism. Harvey proposed the important thesis that urbanism, the city, and all related phenomena, were epiphenomena to the processes of capital.

| 22 | A Brief History of Neoliberalism by David Harvey, Oxford University Press, 2005, 256. pp. Michael J. Thompson David Harvey has established himself as one of the most insightful and politically

1 A Brief History of Neoliberalism by David Harvey, Oxford University Press, 2005, 256. pp. Michael J. Thompson David Harvey has established himself as one of the most insightful and politically relevant social scientists on the left. By extending Marxian political economy into new spheres of social reality such as the urban environment and space . he has been able to make significant contributions to our understanding of the ways that capitalism shapes everyday life. His seminal work, Social Justice and the City, published over thirty years ago, in 1973, provoked a profound reorientation in urban studies and in the study of capitalism. Harvey proposed the important thesis that urbanism, the city, and all related phenomena, were epiphenomena to the processes of capital.

2 Against the most important urban theorists of the time, such as Henri Lefebvre, whose influential book, The Urban Revolution, argued that the urban was a sphere into itself, separate and, indeed, capable of being a way of life which was anti-capitalist, Harvey reasserted the notion that capital structured space, the city, and the political and cultural life associated with it. Our attention, Harvey suggested, ought never to leave the processes of capital since it was capital that was the dominant force in modern social, and of course, urban, life. Social Justice and the City was a text that opened new avenues for urbanists to think about urbanisation, rent, culture and space. But it was also a book that charted a new intellectual path and project since Harvey saw that it was through the reading of Marx that we were able to grasp the dilemmas of urban space, and overcome the methodological problems of social science.

3 Marx, after all, according to Harvey, had shown that unlike the liberal paradigm that was, and still is, predominant in the social sciences the split between fact and value had been overcome. No longer was it sufficient to talk about social phenomena without invoking political even practical evaluations of them. Harvey's most recent book, A Brief History of Neoliberalism , dissects the inner workings of what has come to be one of the most salient features of late 20th and early 21st century economic and social life: the gradual shift, throughout the nations of the global economy, toward economic and social policies that have given an increased liberality and centrality to markets, market processes, and to the interests of capital.

4 If Harvey's enduring perspective and one which admittedly | 22 |. THOMPSON | The World According to David Harvey echoes orthodox Marxism has been to put the mechanics of the capitalist mode of production at the center of every aspect of modernity (and of postmodernity as well), then his most recent contribution deviates little from that course. Harvey's contention is that we are witnessing, through this process of neoliberalisation, the deepening penetration of capitalism into political and social institutions as well as cultural consciousness itself. Neoliberalism is the intensification of the influence and dominance of capital; it is the elevation of capitalism, as a mode of production, into an ethic, a set of political imperatives, and a cultural logic.

5 It is also a project: a project to strengthen, restore, or, in some cases, constitute anew the power of economic elites. The essence of Neoliberalism , for Harvey, can be characterised as a rightward shift in Marxian class struggle. This analysis stems from Marx's insight about the nature of capital itself. Capital is not simply money, property, or one economic variable among others. Rather, capital is the organising principle of modern society. It should be recalled that, in his Grundrisse, Marx explicitly argued that capital is a process that puts into motion all of the other dimensions of modern economic, political, social, and cultural life. It creates the wage system, influences values, goals, and the ethics of individuals, transforms our relation to nature, to ourselves, and to our community, and constantly seeks to mold state imperatives until they are in harmony with its own.

6 Neoliberalism is therefore not a new turn in the History of capitalism. It is more simply, and more perniciously, its intensification, and its resurgence after decades of opposition from the Keynesian welfare state and from experiments with social democratic and welfare state politics. Neoliberalism , as Harvey tells us, quoting Paul Treanor in the process, values market exchange as an ethic in itself, capable of acting as a guide to all human action, and substituting for all previously held ethical beliefs, it emphasises the significance of contractual relations in the marketplace. It holds that the social good will be maximised by maximising the reach and frequency of market transactions, and it seeks to bring all human action into the domain of the market.

7 ' (p. 3). Neoliberalism is not simply an ethic in abstracto, however. Rather, the locus for its influence has become the neoliberal state', which collapses the notion of freedom into freedom for economic elites. The freedoms it embodies reflect the interests of private property owners, businesses, multinational corporations and financial capital.' (p. 7) The neoliberal state defends the new reach and depth of capital's interests and is defined against the embedded liberalism' of the several | 23 |. Democratiya 3 | Winter 2005. decades following World War II when market processes and entrepreneurial and corporate activities were surrounded by a web of social and political constraints and a regulatory environment that sometimes restrained but in other instances led the way in economic and industrial strategy.

8 ' (p. 11). Neoliberalism and the neoliberal state have been able to reverse the various political and economic gains made under welfare state policies and institutions. This transformation of the state is an effect of the interests of capital and its reaction to the embedded liberalism of the post war decades. Taking the empirical analysis and the hypothesis from the French economists G rard Dum nil and Dominique L vy, and their important book Capital Resurgent, Harvey argues that neoliberalisation was from the very beginning a project to achieve the restoration of class power,' (p. 16) a political project to re-establish the conditions for capital accumulation and to restore the power of economic elites.

9 ' (p. 19) This notion of a revolution from above to restore class power is the basso ostinato of Harvey's analysis, the bass line continuously repeated throughout the book that grounds the argument. He sees the first historical instance of this revolution from above in Pinochet's Chile. The violent coup against Salvador Allende, which installed Pinochet to power, was followed by a massive neoliberalisation of the state. The move toward privatisation and the stripping away of all forms of regulation on capital was one of the key aspects of the Pinochet regime. While the real grounding of a neoliberal theory began much earlier with thinkers such as Friedrich von Hayek and Milton Friedman, among others, its first real empirical manifestation was Pinochet's Chile.

10 Of course, this also allows Harvey to illustrate another crucial dimension of his argument, namely that Neoliberalism is a liberalism for economic elites only; that liberal aspects of the polity are decreased. It is Harvey's fear along with Karl Polanyi that neoliberal regimes will slowly erode institutions of political democracy since the freedom of the masses would be restricted in favour of the freedoms of the few.'. (p. 70) Insulating economic institutions such as central banks from majority rule is central, especially since Neoliberalism particularly in developed economies . revolves around financial institutions. A strong preference,' Harvey argues, exists for government by executive order and by judicial decision rather than democratic and parliamentary decision-making. 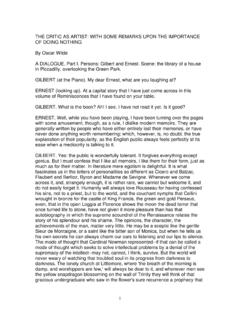 THE CRITIC AS ARTIST - rebels-library.org

1 THE CRITIC AS ARTIST: WITH SOME REMARKS UPON THE IMPORTANCE OF DOING NOTHING By Oscar Wilde A DIALOGUE. Part I. Persons: Gilbert and Ernest.

Strait, Citric, The critic as artist 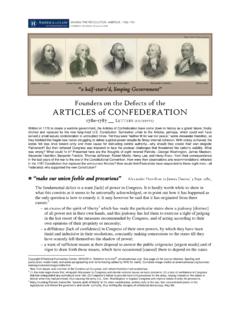 ARTICLES of CONFEDERATION - America in Class 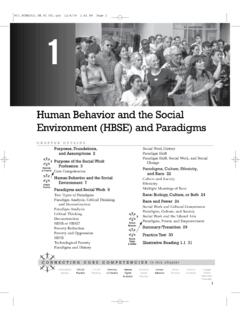 Human Behavior and the Social Environment (HBSE) and …

Human Behavior and the Social Environment (HBSE) and Paradigms 3 6. The assumptions we make about ourselves and others are strongly influenced by our individual and collective histories and cultures. 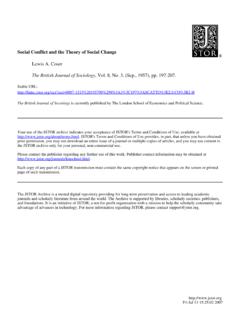 Social Conflict and the Theory of Social Change Lewis A ...

SOCIAL CONFLICT AND THE THEORY OF SOCIAL CHANGE Lewis A. Coser THIS paper attempts to examine some ofthe functions ofsocial conflict in the process ofsocial change. I shall first deal with some functions ofconflict within social systems, more specifically with its relation to institutional rigidities, technical progress and pro­ 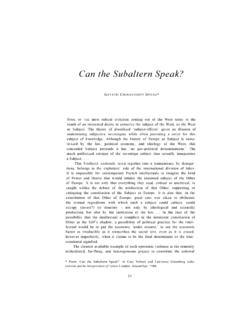 Can the Subaltern Speak? Gayatri Chakravorty Spivak* Some of the most radical criticism coming out of the West today is the result of an interested desire to conserve the subject of the West, or the West as Subject. The theory of pluralized ‘subject-effects’ gives an illusion of 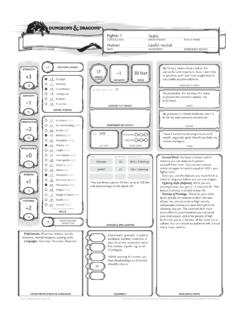 Human Humans are the youngest of the common races, late to arrive on the world scene and short-lived in comparison to dwarves, elves, and dragons. 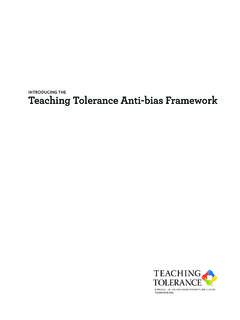 Articles of Confederation, Class, Human Behavior and the Social, SOCIAL CONFLICT AND THE THEORY OF SOCIAL CHANGE, Gayatri Chakravorty Spivak