Notes for Advisors 27 January 2006 1 Notes on: A Bright Shining Lie: john paul vann and America in vietnam by Neil Sheehan New York: Random House, 1988 1. A Bright Shining Lie is a history of the vietnam War interwoven with a biography of john paul vann , an advisor who went to vietnam in 1962 and who was killed there in 1972. 2. vann was a brutally honest and outspoken man. He believed that the United States (US) should help South vietnam , but he strongly disagreed with how the US was fighting the war. vann felt that large conventional US units, focused on maximizing the destruction of enemy units, equipment, and infrastructure, were too blunt and imprecise a tool to fight a counterinsurgency war. vann was highly critical of the corruption of the Government of vietnam (GVN) and the related incompetence of the Army of the Republic of vietnam (ARVN).

1 Notes for Advisors 27 January 2006 1 Notes on: A Bright Shining Lie: john paul vann and America in vietnam by Neil Sheehan New York: Random House, 1988 1. A Bright Shining Lie is a history of the vietnam War interwoven with a biography of john paul vann , an advisor who went to vietnam in 1962 and who was killed there in 1972. 2. vann was a brutally honest and outspoken man. He believed that the United States (US) should help South vietnam , but he strongly disagreed with how the US was fighting the war. vann felt that large conventional US units, focused on maximizing the destruction of enemy units, equipment, and infrastructure, were too blunt and imprecise a tool to fight a counterinsurgency war. vann was highly critical of the corruption of the Government of vietnam (GVN) and the related incompetence of the Army of the Republic of vietnam (ARVN).

2 He was angered that the GVN and ARVN brutalized the people of vietnam with US consent. This, he argued, was a huge mistake when fighting a counterinsurgency. vann was not afraid to speak his mind, even to the press, and his opinions were heard by the topmost GVN and US leaders, including the Joint Chiefs of Staff, the Secretary of Defense and the President. 3. Three of the book s major themes should be of interest to advisors: US influence and control. How the US was unable to influence GVN and ARVN actions. Speaking truth to power. How dissenting opinions were suppressed by US institutional arrogance. Counterinsurgency doctrine. How US doctrine was imperfectly mapped onto a counterinsurgency. 4. US influence and control. vann was frustrated by the unwillingness of US leaders to curb the most egregious GVN and ARVN actions. He believed that the US should take over the war effort lock, stock, and barrel: What is desperately needed is a strong, dynamic, ruthless, colonialist-type ambassador with the authority to relieve generals, mission chiefs, and every other bastard who does not follow a stated, clear-cut policy which involves the US in the hiring and firing of Vietnamese leaders.

3 A. Although the GVN was irredeemably corrupt and committed uncountable crimes against its people, the US never effectively intervened. The US went to great lengths to avoid being seen as a colonial power. For fear of tarnishing our own image, we have refused to become overtly involved in the internal affairs of governing. It is a scathing indictment of our political awareness that we have sat idly by while many patriotic Vietnamese were literally Notes for Advisors 27 January 2006 2 forced to ally themselves with a communist-dominated government in the belief that it was their only chance to secure a better government. b. The ARVN avoided combat at all costs. The officer corps was inbred, unwilling to risk casualties, and uncontrolled by US advisors. Province chiefs were haughty and corrupt men who alienated their citizens. Provincial troops caused the most rural crime.

4 The US built, equipped, and advised the unwieldy, road-bound ARVN, but never took control of the most important aspect of any army: the selection, assignment, and promotion of its leaders. c. Despite an overwhelming investment in money, men, and reputation, the US was never able to get the GVN or the ARVN to follow its bidding. Corruption and incompetence dissipated the efforts of the US. At best, this meant that Americans had to do what South Vietnamese officials and officers would not. At worst, the corruption actually helped the enemy effort. 5. Speaking truth to power is the single most important obligation of the professional. From the earliest days of US involvement in vietnam , dissenting opinion was suppressed by a US military blinded by institutional arrogance. Good ideas that did not conform to the organizational consensus were dismissed. a.

5 After the battle of Ap Bac in 1963, vann wrote an extensive critique on the ARVN s combat ability: It was a miserable damn performance. General Harkins, the senior general in vietnam , who had not been present at the battle, disagreed: I consider it a victory. For the next ten years, vann used direct observations and insights to contradict overly-optimistic official reports. b. Sheehan writes, The dominant characteristics of the senior leadership of the American armed forces had become professional arrogance, lack of imagination, and moral and intellectual insensitivity. This institutional illness was the product of WWII victories. In Sheehan s view, the over-confident and conventional-minded General Westmoreland personified the shortfalls of American military power. c. vann was a hero to a large number of officers, officials, and correspondents because he risked his reputation and career to honestly debate policy decisions, suggest innovative ideas that countered the official line, and raise uncomfortable truths about how the war was being fought.

6 Sheehan balances his account by examining vann s significant flaws as well, including deceit, lies, and serial adultery. 6. Counterinsurgency doctrine a. The US Army focused on the conventional large-unit war, the war it wanted and knew how to fight, but not the one it needed to fight. General DePuy, a key planner, stated We are going to stomp them to death. The solution is more bombs, more shells, more napalm till the other side cracks and gives up. b. General Westmoreland didn t care about the performance of the ARVN because he was uninterested in building the ARVN. He wanted the ARVN to step aside so he could win the war with the US Army. Notes for Advisors 27 January 2006 3 Westmoreland turned down ideas on integrating the Vietnamese forces into mixed units or US-led units because, unlike the French or British, American officers could never win acclaim or get promoted leading native troops.

7 Westmoreland said no to partnered units, no to Vietnamese logistics or transportation units, and no to a joint command. When large US forces deployed to vietnam in 1965, the ARVN lost all incentive to fight. c. The conventional large-unit war was deadly for Vietnamese civilians. The civilian population was impoverished and abused by relocation, and injured or killed by indiscriminate air and artillery fire. Demands by the USAF and USN for a larger share of the war increased the number of approved targets. Despite the ineffectiveness of the air interdiction campaign, these targets were used to justify more indiscriminate air-delivered firepower, which only led to greater alienation of the population. d. By the Tet offensive of 1968, General Westmoreland had most of his units chasing the enemy into the remote regions of the country, including Khe Sanh, leaving the populated areas vulnerable to attack.

8 7. Marine Corps strategies. LtGen Victor Krulak, known for his innovative thinking and curiosity, had a different strategy for the war, based on the Marine Corps historical interest in small wars. The communist leaders in Hanoi are seeking to attrit forces in order to erode our national will and cause us to cease our support of the GVN. The big-unit fighting could move to another planet today, and we would still not have won the war because the Vietnamese people are the prize. Krulak pushed LtGen Walt, Marine commander in vietnam , to focus on protecting the people in the villages. Combined Action Platoons (CAP), and other grass-roots counter-guerrilla programs were the result. Westmoreland was the obstacle. The Navy and the Air Force supported the Army s bomb-intensive strategy. Walt was harried to leave the pacification business to the locals.

9 Stuck between Krulak and Westmoreland, Walt never had enough Marines to fight both the pacification campaign and the big-unit war that Westmoreland insisted he fight. Krulak was probably denied the commandancy of the Marine Corps by President Johnson because of his outspoken opposition to Westmoreland s strategy. 8. Parallels between vietnam 1963 and Afghanistan 2006. There are many more differences than similarities between US advisor operations in vietnam and US advisor operations in Afghanistan. The ARVN, like its parent government, was irredeemably corrupt. It alienated its own population through incompetence, extortion, displacement, torture, and indiscriminate air and artillery fire. Its officer corps was drawn from a narrow band of the population. The army avoided training, operations, and fighting whenever possible. It suffered from an inferiority complex vis- -vis its enemy.

10 Although the Afghan National Army faces many challenges, especially corruption and uneven leadership quality, it has nowhere near the level of problems that the ARVN had. Prepared by: LtCol Brendan B. McBreen, USMC, Central Corps Advisory Group, Pol-e-Charkhi, Afghanistan, DSN 318-231-8305. 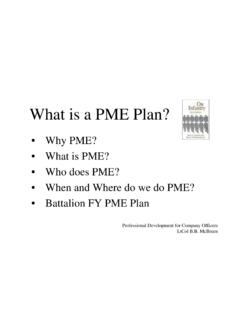 What is a PME Plan? - 2ndbn5thmar.com

What, Corps, Plan, Marines, Marine corps, What is a pme plan

Individual Combat Load 1. 2. 3. The optimum individual combat load is 30% of body weight. The modem combat load has not been improved since 1775. 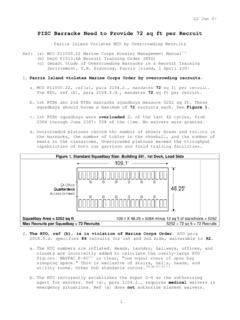 How To Plan a Helicopter Assault - 2ndbn5thmar.com 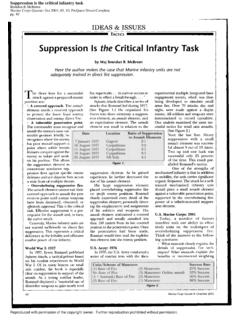 Suppression is the critical infantry task Brendan B ... 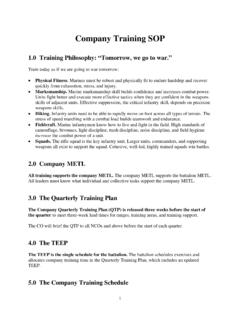 Company Training SOP 1.0 Training Philosophy: “Tomorrow, we go to war.” Train today as if we are going to war tomorrow: • Physical Fitness.Marines must be robust and physically fit to endure hardship and recover

Improving Unit Cohesion ii Executive Summary Of all the ideas for improving the combat capabilities of Marine Corps infantry battalions, only one really

TIMELINE OF SLAVERY IN AMERICA 1501-1865 1501 African Slaves in the New World Spanish settlers bring slaves from Africa to Santo Domingo (now the capital of the Dominican Republic). 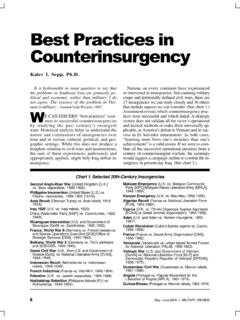 powers need money, technology, and personnel to build military forces and to fight wars, and a state’s latent power refers to the raw potential it can draw on when competing with 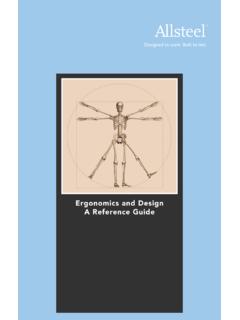 Anthropometric Measurements Introduction Anthropometry is the science that measures the range of body sizes in a population. When designing products it is important to 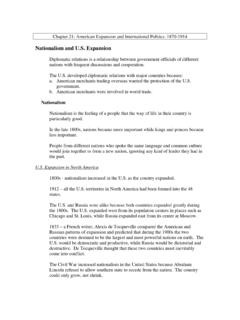 break their addictions, homeless people may have difficulty remaining sober while living on the streets where substances are so widely used (Fisher and Roget, 2009).