A Comparison of Two Theories of Learning -- Behaviorism ...

E-Leader Manila 2012 A Comparison of Two Theories of Learning -- Behaviorism and Constructivism as applied to Face-to-Face and Online Learning Dr. Mary Anne Weegar Dr. Dina Pacis National University San Diego, CA, USA Abstract The two Theories of Learning discussed are Behaviorism and Constructivism. Skinner and Watson, the two major developers of the behaviorist school of thought sought to prove that behavior could be predicted and controlled (Skinner, 1974). They studied how Learning is affected by changes in the environment. The constructivists viewed Learning as a search for meaning.

Piaget’s theory was comprised of two major elements “ages” and “stages. ” According to Piaget, “these elements help to predict what children can and cannot understand at different ages.” (Rummel, 2008, p. 80). It is the theory of development that is the major foundation for cognitive constructivist approaches to teaching and learning.

1 E-Leader Manila 2012 A Comparison of Two Theories of Learning -- Behaviorism and Constructivism as applied to Face-to-Face and Online Learning Dr. Mary Anne Weegar Dr. Dina Pacis National University San Diego, CA, USA Abstract The two Theories of Learning discussed are Behaviorism and Constructivism. Skinner and Watson, the two major developers of the behaviorist school of thought sought to prove that behavior could be predicted and controlled (Skinner, 1974). They studied how Learning is affected by changes in the environment. The constructivists viewed Learning as a search for meaning.

2 Piaget and Vygotsky described elements that helped predict what children understand at different stages (Rummel, 2008). Details of both Theories illuminate the differences and connections between the behavioral and constructivist Theories in relationship to how children learn and how their behavior is affected. How curriculum and instruction work with these Theories to promote Learning and how educators view Learning with respect to both Theories are also reviewed. Introduction Many students enrolled in institutions of higher education in the United States have had experience with both face-to-face and online classes. Educational researchers have begun to examine the technological characteristics of online classes which contribute to making online classes equivalent to face-to-face classes in relationship to their pedagogical effectiveness.

3 The growth of online Learning has changed the traditional Learning environment of brick and mortar E-Leader Manila 2012 classrooms to Learning in cyberspace. This environmental change has caused educators to look more closely at the way students best experience Learning in the 21st century. Behaviorism and constructivism are Learning Theories which stem from two philosophical schools of thought which have influenced educators view of Learning . Skinner and Watson, the two major proponents of Behaviorism , studied how Learning is affected by changes in the environment and sought to prove that behavior could be predicted and controlled (Skinner, 1974). Piaget and Vygotsky, were strong proponents of constructivism which viewed Learning as a search for meaning and described elements that helped predict what students understand at different stages of development (Rummel, 2008).

4 Details of both Theories will be highlighted in connection to curriculum and instruction in traditional and an online Learning environment. The two Theories of Learning discussed in this paper are Behaviorism and constructivism. Behaviorists believed that only observable, measurable, outward behavior is worthy of scientific inquiry (Bush, 2006, p. 14). Hence, their focus was on Learning as affected by changes in behavior. They concluded that given the right environmental influences, all learners acquire identical understanding and that all students can learn. In contrast to the beliefs of behaviorists, the constructivists viewed Learning as a search for meaning.

5 They believed that knowledge is constructed by the learner and that the learner develops her/his own understanding through experience. Whereas a behaviorist would continue to look at the content to be learned and the influence of the environment upon that Learning , a constructivist would be more interested in knowing how the learner is attempting to construct meaning (Bush, 2006). Given the different points of view expressed by psychologists and educators who advocate for selected Theories of Learning to increase student achievement, educators have the daunting task of determining from E-Leader Manila 2012 the research how to design instruction and develop curriculum that will promote student Learning in a digital, culturally and linguistically diverse society.

6 Behavioral Learning theory Psychology became an accepted science in the latter part of the nineteenth century and was defined as the science of consciousness. Behaviorism was, and is, a moment primarily in American psychology that rejected consciousness as psychology s subject matter and replaced it with behavior (Leahey, 2000, p. 686). Behaviorism was rooted in the 1880s and continues to evolve in the twentieth-first century and beyond. Although Behaviorism has been intensely studied, behaviorists continue to have difficulty agreeing on a definition for Behaviorism and identifying who were the true behaviorists (Mills, 1998). The publication of The Behavioral Learning theory by Watson in 1913 was responsible for the movement towards Behaviorism and away from functionalism.

7 This publication was a study of the relationship between organisms and their environment (Overskeid, 2008). Watson used Pavlov s findings on animal responses to stimuli as a basis for his work. For example, Pavlov rang a bell when his dog was going to be fed. The ringing of the bell caused Pavlov s dog to salivate, because the dog had been conditioned to feed at this time. This behavior resulted in Pavlov asserting that canines had been conditioned to respond to external stimuli. Hence, Pavlov believed that humans could also be conditioned to respond to similar stimuli. In support of his beliefs, Pavlov demonstrated how a different musical tone, which has never been paired with receiving food, could elicit similar behavior in humans (Thomas, 1997).

8 Watson mirrored Pavlov s research findings in his conditioning experiment with a young child who he conditioned to fear a white rabbit by repeatedly pairing it with the loud clang of a metal bar. The child s conditioned fear of a white rabbit was so ingrained in his behavior that he became fearful of E-Leader Manila 2012 other white furry objects such as a Santa mask and Watson's white hair (Watson & Rayner, 1920). Although most psychologists have agreed that psychology is the study of human behavior, the only scientists that consider themselves behaviorists today are those who are followers of Skinner (Leahey, 2000). Skinner based much of his work on the study of Watson s former research.

9 Skinner also did extensive research with animals, notably rats and pigeons, and invented the famous Skinner box, in which a rat learns to press a lever in order to receive food. Consequently, every time the rat pushed the lever, the rat obtained food, which reinforced the behavior. The Behaviorism of Watson and Skinner is based on a positivistic approach to science, that is, a reductionist view in which all that can be addressed is the relation between sensory stimuli and the unique corresponding response (Webb, 2007, p. 1086). However, Skinner eventually came to the realization that human beings go beyond just responding to the environment. He found that they also react to the environment based on prior experiences (Skinner, 1974).

10 Rotfeld (2007) suggested that psychologists invented Behaviorism itself as a basis for theoretical explanations, prediction, and testing (p. 376). From its inception, the term Behaviorism provided a direction for social science research that would allow control and measurement of all relevant variables by ignoring human thought or cognition (p. 376). Therefore, behaviorists were not interested in what might occur in people's minds; they were only interested in behavioral responses. As a result, these responses were measured in relation to test stimuli. In other words, behaviorists saw this as a way for them to be viewed as scientific in the same way as the hard sciences of chemistry or physics are viewed.

IMPORTANCE OF MANAGERIAL SKILLS AND … 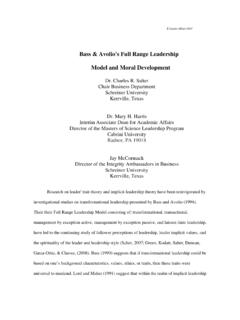 E-Leader Milan 2014 Leadership and Moral Development There has been some research with regards to the relationship between the moral development of leaders and their leadership style. 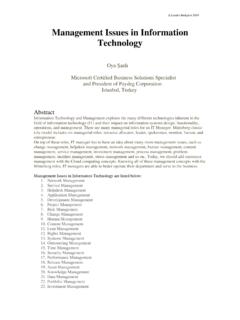 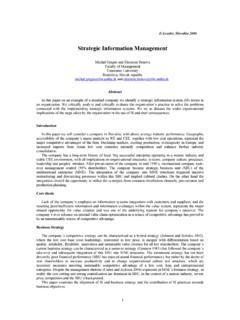 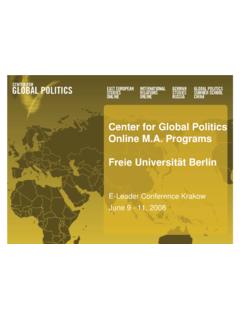 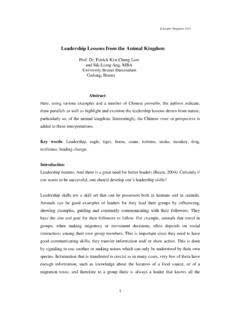 E-Leader Singapore 2010 2 information and thus guides its followers in the right direction. This leader is the one that takes responsibility of the safety of its followers (caring them) and in turn, the followers 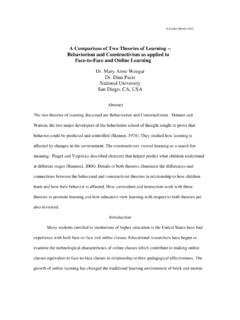 A Comparison of Two Theories of Learning -- …

Comparison, Theories, A comparison of two theories of

Today’s Challenges and Dilemmas for Ethical … 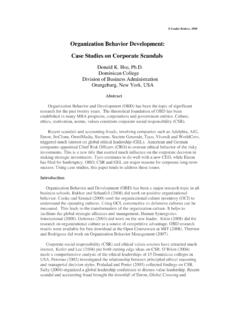 Extensive Internet research, case studies from Harvard, Cranfield or Thunderbird, and final project presentations were the strategies that would have the best chance of success. Student evaluations were extremely positive.

one item at a time, and accessible to only a select clientele. Hermes’ af-fluent customers, for example, might wait for several years to acquire a particular bag (Tungate 2009). With fast fashion, new styles swiftly supersede the old, defining and sustaining constantly emerging desires and notions of self.