A Global Perspective of Low Pressure Membranes Abstract Low pressure membrane technology represents a fast-growing industry, and these products will continue to be incorporated into

5 Introduction Abstract This report follows upon the efforts of Global Low Pressure membrane technology represents a fast-growing industry, and these Status of Microfiltration and Ultrafiltration products will continue to be incorporated into membrane Technology, published in 2002 by future water and wastewater treatment the National Water Research Institute applications throughout the world. As with (NWRI). The 2002 report was the first effort reverse osmosis previously, microfiltration, to publish a Global survey of microfiltration ultrafiltration, and membrane bioreactors underwent a similar development period (MF) and ultrafiltration (UF) technologies.

6 When they were used for many different however, it was compromised by relatively niche applications before their broadest poor record keeping and the reluctance of applications were recognized. This report is many companies to share information. As a a view of the current status of this industry result, the 2002 report contains incomplete and includes an account of actual installed capacity through the end of the year 2006. information, compounded by ambitious estimates by manufacturing companies (Furukawa, 2002).

7 This report was made by contacting nearly 20 companies who were believed to be involved in the manufacturing of low Pressure Membranes , identified in this report as MF, UF, and membrane bioreactors (MBRs). The data contained herein comprise the results from 13 companies who returned information on their installations. The data are believed to represent more than 90 percent of all installed plants worldwide. Key colleagues in various regions of the world were consulted to validate estimated capacities. The data presented in this study include municipalities, towns, and communities, as well as industrial uses.

8 The use of low Pressure Membranes for food and beverage are included in the other category. The data were divided into categories of drinking water (DW), wastewater (WW), reverse osmosis (RO) pretreatment, industrial (I), MBR, and other. Laboratory, clinical, pharmaceutical, and biotechnology applications are not a part of this inventory. 2. Industry Growth The 2002 report discussed the growth of the membrane industry through 2002 and rapid development prompted in the United States by both legislative acts and water-quality related issues.

9 The 1993 cryptosporidiosis outbreak in Milwaukee, Wisconsin, where 403,000 citizens were affected, and the Clark County outbreak were major reasons for rapid growth in this industry when it was determined that MF and UF were capable of removing both Giardia cysts and Cryptosporium oocysts. Conventional chlorination practiced throughout the United States did not produce a complete kill of these organisms. 1. Development prior to 1995 was slow and installations were in very specialized niche markets (Furukawa, 2002). 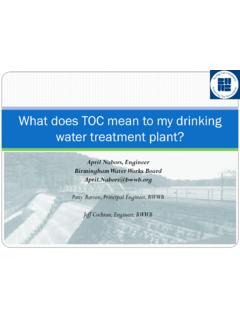 What does TOC mean to my drinking water … 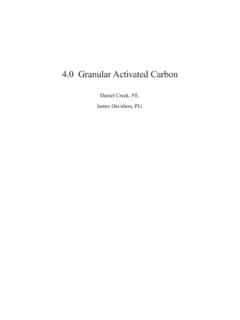 4.2 General Evaluation of GAC Technology This section presents a general evaluation of using GAC for the treatment of MTBE. A brief description of carbon adsorption and its applications are presented, followed by discussions MBR AND RO TREATMENT OF DAIRY … 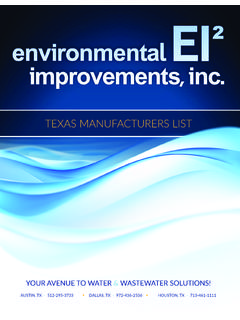