A Great Example of How to Deal With An Upset …

A Great Example of How to deal with An Upset Employee How to Respond to Employee Complaints in a Way That Boosts Trust, Morale, and Their Willingness to Be Honest in the Future David Lee I recently heard a story that illustrates what happens when a leader interacts with employees in such a way that employees feel safe enough to express their concerns including those related to the leader's management style rather than remain silent, build resentment, and become disengaged. It's also a Great Example of what communicating concern, respect, and open-mindedness sounds like. When Employees Don't Feel Safe to Speak Up, Engagement Suffers Knowing how to respond to employee feedback and complaints in a way that leaves them feeling heard and respected is one of THE most important skills for any leader to cultivate. That's because the power differential between manager and employee, or senior leader and employees, makes it difficult for all but the most assertive and vocal employees to speak up.

With, Example, Deal, Setup, Great, Great example of how to deal with an upset

1 A Great Example of How to deal with An Upset Employee How to Respond to Employee Complaints in a Way That Boosts Trust, Morale, and Their Willingness to Be Honest in the Future David Lee I recently heard a story that illustrates what happens when a leader interacts with employees in such a way that employees feel safe enough to express their concerns including those related to the leader's management style rather than remain silent, build resentment, and become disengaged. It's also a Great Example of what communicating concern, respect, and open-mindedness sounds like. When Employees Don't Feel Safe to Speak Up, Engagement Suffers Knowing how to respond to employee feedback and complaints in a way that leaves them feeling heard and respected is one of THE most important skills for any leader to cultivate. That's because the power differential between manager and employee, or senior leader and employees, makes it difficult for all but the most assertive and vocal employees to speak up.

2 If employees don't speak up, the leader will continue to do things that cause them to get far less productivity and initiative from their people. Without feedback, they will never hear about the Managerial Moments of Truth they are mishandling which lead to employee disengagement. To prevent this from happening, wise leaders keep in mind this important question when talking with employees: How can I respond in a way that makes it as comfortable as possible for this person to speak candidly with me? . They also possess the skills to do this. Here's a story that illustrates how it's done . Copyright, 2012 David Lee Page 1. The Upset Employee and the Wise Leader It's 8 PM on a Wednesday and Mike Royer, one of the managing principals of Berry Talbot Royer, receives a text from an employee, who we will call Tiffany. She wants to know if she can take Friday off. He's a bit surprised to receive the request at this time of day, especially since they were meeting the following morning.

3 I did this intentionally because I thought it her responsibility to address this type of request to me in person, not via text, and I wanted to see if she would do it. I thought she used text to avoid the issue and somewhat set me up for an easy yes'. So I decided that if she wanted it she would have to ask me in person.. Tiffany does bring it up. Mike says she may have the day off, but then comments that she seems to take off a lot of Fridays. He says this because recently another employee had commented to him that Tiffany was frequently off or working from home on Friday afternoons. The meeting moves on to other topics. Tiffany leaves the meeting and does some research into how many days off she has taken. She emails Mike that evening saying that she had only taken off three Friday afternoons in the last three months. She also shares that she doesn't appreciate his questioning her commitment, which was how she interpreted his it does seem like you take a lot of Fridays off comment.

4 Concerned about Tiffany's feelings and not wanting her to get the wrong message, Mike sends her the email below. I asked Mike if I could include it in this article because it is such a stellar Example of how a manager can: Show concern for an employee, and how they were affected by their interaction. Respond to an employee's inaccurate interpretation of their behavior without defensiveness. Show they value the relationship and a desire for it to be positive. Copyright, 2012 David Lee Page 2. Responding with Validation and Appreciation, Rather Than Defensiveness Here's what Mike Royer wrote, along with my commentary: Hi Tiffany, thank you very much for this e-mail. I appreciate that you have taken the time to talk to me about this, instead of letting it go unspoken. Royer indicates right off the bat that he values and appreciates her candor. This obviously increases the odds that she will be candid in the future, rather than letting misunderstandings and negative interactions go unaddressed, and instead fester.

5 I also appreciate the fact that you work hard and are dedicated. You do a very good job. So I know you not only work hard, but you are effective as well. I know that I say that to you frequently, the last time being your excellent handing of the conference call. But I. will say it again here. He offers her sincere praise and appreciation. I am glad we are having this conversation, and I don't want you to be disappointed or Upset . First, he explicitly communicates that he values having such a candid conversation. Since many, if not most, employees learn that it's best to keep quiet, making this message explicit helps to offset the fear of speaking up. This increases the likelihood that Tiffany will talk openly about issues in the future, rather than simmer with resentment. Communicating I care about you and how my behavior affects you . He also shows his concern for her wellbeing and the impact he might have had.

6 Again, since many employees have experienced a lack of concern for how they are affected by their manager, expressing concern can make a huge impact on how the employee feels about their manager and their job. My intent was to make an inquiry and have a discussion about your schedule. I recognize that I do not know your whole schedule and I don't have the capacity to remember the details of your time. At breakfast I was operating from a text you sent me a 8PM the prior night ..referencing your need to be off so you could get your car registered. I was at the Cheverus event and then went home to unwind and then go to bed. Then back up first thing in the morning to meet with you. (And the meeting I thought went very well.) I. guess what I'm saying is you didn't give me much time or context to process the information, and I am also learning how to work with you and keep track of a schedule that is diverse.

7 Copyright, 2012 David Lee Page 3. Here, Royer provides context for his remarks in a clear, direct way, with no defensiveness. He also doesn't resort to any If you only knew the rest of the story, you wouldn't have said what you did scolding. Tiffany's emotional response was driven by her interpretation that his comment meant he questioned her commitment. Thus, sharing where he was coming from can help her see his remark in a different light, and lead to her having a different interpretation. Providing Context To Clarify Their Misinterpretation Without Sounding Defensive Providing context and some backstory when someone inaccurately interprets our behavior or comments is extremely useful, if we also communicate our empathy for how they experienced it. Doing so helps make it clear that we are not trying to defend our position or tell them they are wrong. It helps make it clear that we want to foster a more complete and accurate understanding.

8 Also, by sharing his side of the experience, including the awkwardness of the text's timing, Royer helps Tiffany have greater understanding of how her approach affected him, without scolding or sounding defensive. This helps to make the interaction a Teachable Moment that can contribute to Tiffany's professional growth. Here's How We Can Move Forward . So let me make a couple of points or suggestions for both of us. Rather than simply make this a point/counterpoint back and forth about the past, Mike moves the focus to the future. This not only makes the email so much more useful and replete with actionable ideas, it also helps to create a positive trajectory. Also notice the use of the phrase for both of us. Rather than play the boss card and make the coaching just about Tiffany, he removes the status and power differential inherent in their positions by making the recommendations for both of them.

9 1. I did grant your request, just mentioned my question about your time off. Without belaboring the point, he makes a brief, simple reminder to put his comment in context. He didn't grill her or make a pronouncement and then deny her request. He Copyright, 2012 David Lee Page 4. expressed an observation and then honored her request. 2. I think you are doing a Great job and I appreciate what you do for BTR and your growth and capability's. Here, he reiterates his positive regard for her and appreciation of the good work she does, infusing the message with a positive tone. 3. We can talk more about your schedule when we meet, and also clarify the expectations. I. don't' want or need to micro manage you .you don't need it first of all and you don't want it I'm sure. The first sentence indicates they will continue the conversation and work out details so the problem won't arise again.

10 The second sentence both shares his intentions related to micromanaging he has no desire to and communicates clearly he understands her feelings about micromanagement. This is a simple, yet helpful way of communicating I. get you; you've been heard something employees desperately want and often do not get from their manager. 4. If I ask you a question it may seem to you like I'm questioning your commitment. I am asking a question because it's my job. It's my job to understand. I try to know as much as possible, but I can't know everyone's schedule, and I make mistakes. I can see that you think this was one of them. In the first sentence, Mike Royer states where he is NOT coming from, what his intention is NOT. Being Clear What You Are NOT Saying Sometimes it's not enough to state our intention. Sometimes we need to clearly and directly state what we are NOT intending to say. This more explicit approach directly addresses what you believe the other person might be interpreting as your intention. Managing Employee Engagement During Times of …

Aon Hewitt Proprietary and Confidential Managing Employee Engagement During Times of Change 2 Today’s global economy has clearly had a big impact on the way organizations operate. 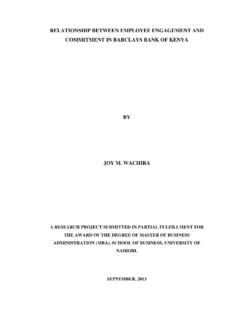 relationship between employee engagement and commitment in barclays bank of kenya by joy m. wachira a research project submitted in partial fulfillment for 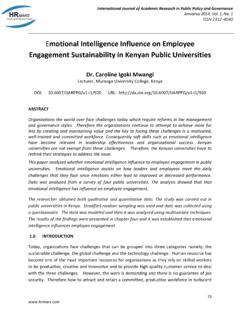 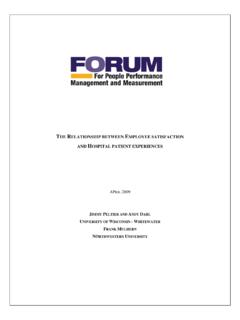 Measuring the Impact of Leadership Style and … 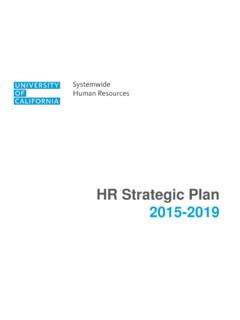