A GUIDE TO INVESTING IN VIETNAM - rsm.global

INVESTING IN VIETNAM . A GUIDE TO INVESTING IN VIETNAM . Year 2019. THE POWER OF BEING UNDERSTOOD. AUDIT | TAX | CONSULTING. FOREWORD. It's our great pleasure to introduce the INVESTING in VIETNAM . GUIDE for 2019 published by RSM VIETNAM . With natural conditions, including the differentiation in conditions of topography and soil, VIETNAM has been continuing to surprise the region and the world CONTENTS. by the depth and pace of economic integration and regulatory reforms, which led to a significant improvement in the investment environment. Today VIETNAM is seen as an emerging market belonging to the world's most dynamic economies, offering a variety of attractive business opportunities to both domestic and INTRODUCTION 5. foreign investors. Le Khanh Lam Chairman, RSM VIETNAM Head of Tax & Consulting 1. OVERVIEW 6. 2. INVESTING IN VIETNAM 12. RSM - YOUR GLOBAL NETWORK 3. TRADE 15. The world is changing rapidly. With constant advances in technology, 4.

Northern provinces. The rail network includes 15 main routes and branches connecting 35 provinces and cities, of which the North-South route is the longest and most important

1 INVESTING IN VIETNAM . A GUIDE TO INVESTING IN VIETNAM . Year 2019. THE POWER OF BEING UNDERSTOOD. AUDIT | TAX | CONSULTING. FOREWORD. It's our great pleasure to introduce the INVESTING in VIETNAM . GUIDE for 2019 published by RSM VIETNAM . With natural conditions, including the differentiation in conditions of topography and soil, VIETNAM has been continuing to surprise the region and the world CONTENTS. by the depth and pace of economic integration and regulatory reforms, which led to a significant improvement in the investment environment. Today VIETNAM is seen as an emerging market belonging to the world's most dynamic economies, offering a variety of attractive business opportunities to both domestic and INTRODUCTION 5. foreign investors. Le Khanh Lam Chairman, RSM VIETNAM Head of Tax & Consulting 1. OVERVIEW 6. 2. INVESTING IN VIETNAM 12. RSM - YOUR GLOBAL NETWORK 3. TRADE 15. The world is changing rapidly. With constant advances in technology, 4.

2 TAXATION 17. communications and infrastructure, barriers are disappearing and the business landscape is becoming more global every day. 5. ACCOUNTING AND AUDITING 24. In this fast-paced environment, you need advisers who think ahead and respond quickly to your changing needs, who will put risk in the spotlight, and who will continually look for new opportunities for your business. 6. HUMAN RESOURCES & EMPLOYMENT LAW 26. RSM is one of the world's leading audit, tax and consulting networks. We build strong relationships based on a deep understanding of what matters most to you. We take 7. BANKING AND FINANCE 28. the time to understand your business, strategies and goals, and draw on the power of our global network to deliver insights tailored to your precise needs. 8. LAND 29. By sharing the ideas of our senior professionals, we empower you to move forward, make critical decisions with confidence and take full advantage of the opportunities 9.

3 TECHNOLOGY TRANSFER 30. on the horizon for your business. It is this strong, collaborative approach that differentiates us. This is the power of RSM VIETNAM 33. being understood. This is RSM. INDUSTRY INSIGHTS 34. OUR SERVICES 34. OUR VALUES 35. We are the 6th largest global audit, tax and consulting network CORPORATE RESPONSIBILITY 35. We have firms in over 116 countries and are in each of the top 40 major business centres across the world CONTACT US 36. Across our member firms, we have more than 41,000. staff in over 750 offices covering Africa, Asia Pacific, Europe, Latin America, the Middle East and North America Visit for a full list of RSM firms and contact details 2 | RSM VIETNAM RSM VIETNAM | 3. INTRODUCTION. Welcome to our GUIDE for INVESTING in VIETNAM . Our specialists come from several backgrounds including accounting, finance and law. They work together in order to share ideas and add value to your business.

4 In this publication, we hope to provide you with information on accounting, tax and regulatory laws when INVESTING your business in VIETNAM . VIETNAM 's dynamic environment, reflected in a young population, growing wealth, changing consumer attitudes, greater mobility and urbanization are pushing VIETNAM through a period of great change. With position in the heart of South East Asia and along the coastline of the Pacific Ocean, VIETNAM offers numerous advantages in providing access to the world's major trade routes. We have been seeing a shift in investments in Asia, with Southeast Asia attracting more foreign direct investments (FDIs) than China for the third consecutive year in 2016. VIETNAM leads the region, surpassing Malaysia and Thailand in Greenfield FDI Performance Index (with US$ billion foreign capital investment in 2016). VIETNAM 's low-cost environment and a strong economic outlook continue to make it an attractive place for investment in South East Asia.

5 VIETNAM is recognized as having high mobile commerce penetration which is attractive to entrants wanting to establish digital businesses in VIETNAM . A rising middle class and a deregulated economy bring access to exciting new opportunities including manufacturing. VIETNAM 's increasing network of free trade agreements (FTAs) are enhancing investment opportunities. Regardless of the reasons for entry, identifying the right path into the local market can be challenging without local knowledge and experience. This GUIDE contains references to some common issues that investors should be aware of when operating in VIETNAM , but each case is different and specific advice should always be sought. RSM remains available to share our considerable local knowledge with you. 4 | RSM VIETNAM RSM VIETNAM | 5. 1. OVERVIEW. A key turning point was VIETNAM 's accession to the World Trade Organization (WTO) in 2007, followed by its participation in the ASEAN Economic Community ( AEC ) in 2015.

6 In addition, VIETNAM successfully held APEC in November 2017, this has positioned the country to more investment opportunities. Why VIETNAM and Why Now? A Young Digitally-Savvy and Growing Workforce Hanoi in the north is the capital of VIETNAM and Ho Chi Minh VIETNAM joined the World Trade Organization (WTO) in City in the south is the largest commercial city. Da Nang, in 2007. Under its accession commitments, VIETNAM opened VIETNAM is at a tipping point in its economic development VIETNAM has an educated workforce and is now in a period central VIETNAM , is the third largest city and an important up various business sectors to foreign investment, in some led by free trade agreements (FTAs) such as the EU- of golden population structure - where 40% is under 25 harbor. cases under a phased approach. These commitments are VIETNAM FTA and an increasingly deregulated business years of age. The smart phone penetration is 26% of the generally referred to when assessing whether foreign environment.

7 Population. This demographic bonus provides VIETNAM with a unique investment in a particular sector is allowed. socio-economic development opportunity to take Six major growth drivers will enhance opportunities for Infrastructure Development advantage of the young labor force and push its economic There is a hierarchy of regulations in VIETNAM , with investors in VIETNAM : growth. laws being passed by the National Assembly, and their Large scale infrastructure needs create investment implementing decrees and circulars issued by the New Free Trade Agreements opportunities. VIETNAM 's construction output value grew Legal and Regulatory Government government and its ministries, respectively. A plethora 10% in 2016. of other legal instruments/guidelines are also issued by Enhance VIETNAM 's economic integration into the global VIETNAM is a one party state. As the only party in the political various other authorities. economy, including major developed markets in North The south has been the traditional center of manufacturing arena, the role and influence of the Communist Party is America, Europe and Asia.

8 And trade, and a major logistics hub. However, the northern unique. region has become an increasingly popular destination for Fast Growing Economy foreign manufacturers looking to diversify their production The President, as Head of State, represents the Socialist bases, notably for South Korean and Japanese companies. Republic of VIETNAM in internal and foreign affairs. The VIETNAM is one of the most dynamic economies in the Government is the highest administrative state body, and world. GDP growth is expected to be between 6% and 7% Demographic responsible for executing and managing political, economic, from 2017 to 2019. cultural, social, national defense, security and foreign affairs VIETNAM is conveniently located in the center of South of the country. Cost Competitive Production Base East Asia and is bordered by China to the north, Laos and Cambodia to the west. Ministries are responsible for the execution of state power Labor costs in VIETNAM are among the lowest in Asia.

9 An in a certain industry or sector. The People's Committee ideal production base for companies thinking of shifting or The total area of VIETNAM is over 331,212 square kilometers (province, district and commune) governs management diversifying out of China. and its geography includes mountains and plains. VIETNAM 's affairs within its administrative location. population is spread throughout the country. A stable Government Committed to Growth The People's Committee manages, directs and operates Ranked as the 15th most populous country in the world, daily activities of local state bodies, and executes policies VIETNAM has a stable social-political environment with the with a population of over 96 million people and a median issued by the relevant People's Council and higher state government committed to creating a fair and attractive age of 30, VIETNAM represents a huge pool of both potential bodies. business environment for foreign investors.

10 Customers and employees for many investors. 6 | RSM VIETNAM RSM VIETNAM | 7. Infrastructure Road System In addition to the major national road, Highway No. 1A, stretching from the border with China in the north to the Mekong Delta Provinces in the south via Ho Chi Minh City and the Trans-Asia highway, the country is also progressing with the completion of Ho Chi Minh Road (known as Ho Chi Minh Trail during war time). This 3,167 km long road will run parallel to the existing national road No. 1A to connect the North with the South. Other notable highways linking key economic regions have also been upgraded. Railway and Metro VIETNAM 's railway is 2,600 km long, 60% of which is in the Northern provinces. The rail network includes 15 main routes and branches connecting 35 provinces and cities, of which the North-South route is the longest and most important route. In addition, several railway lines have been proposed for construction in recent years, notably the high speed North- South Express Railway. 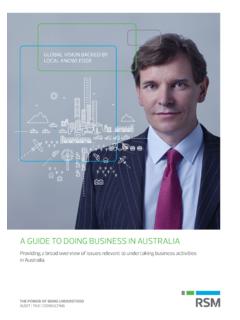 A GUIDE TO DOING BUSINESS IN AUSTRALIA - RSM Global

advanced you are at successfully doing business in Australia. But whether you’re at the beginning of the journey or further along, now is a good time to reassess the stage your business

Page 1 University of Birmingham and Network Rail List of Acronyms and Abbreviations for Railways (LAAR) Mark 24, February 2011 This list was originally produced by the Railway Systems Group at the University of Sheffield, in 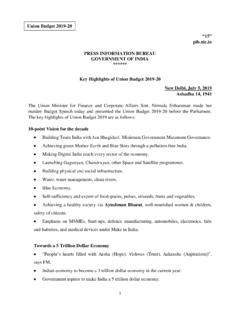 4 Measures to enhance the sources of capital for infrastructure financing: o Credit Guarantee Enhancement Corporation to be set up in 2019-2020. o Action plan to be put in place to deepen the market for long term bonds with focus on infrastructure. o Proposed transfer/sale of investments by FIIs/FPIs (in debt securities issued by IDF-

University of Birmingham and Network Rail, Acronyms and Abbreviations for Railways, Understanding the Impact of Transportation