5 Polyolefin resins are classified as thermoplastics, which means that they can be melted, solidified and melted again. This contrasts with thermoset resins which, once molded, cannot be Polyolefin resins for film Extrusion generally are used in pellet form. The pellets are about 1/8 inch thick and 3/16 inch in diameter, usually somewhat translucent and white in color. Polyolefin resins sometimes will contain additives, such as thermal stabilizers. They also can be compounded with colorants, antistatic agents, slip and antiblockMolecular Structure and Composition Affect Properties and ProcessabilityThree basic molecular properties affect most of the properties essential to high quality film Extrusion : Average Molecular Weight Molecular Weight Distribution Crystallinity or molecular properties are determined by the materials used to produce the polyolefins and the conditions under which they are manufactured. The basic building blocks for the gases from which polyolefins are derived are hydrogen and carbon atoms.

6 For polyethylenes, these atoms are combined to form the ethylene monomer, C2H4, , two carbon atoms and four hydrogen atoms (see Figure 1). In the polymerization process, the double bond connecting the carbon atoms is broken. Under the right conditions, these bonds reform with other ethylene molecules to form long molecular chains (Figure 2). The resulting product is polypropylene, the hydrogen and carbon atoms are combined to form the propylene monomer, CH3CH=CH2, which has three carbon atoms and six hydrogen atoms (Figure 3). The third carbon atom remains pendant and protrudes from the spiraling backbone copolymers, such as EVA and EMA, are made by the polymerization of ethylene units with randomly distributed comonomer groups, such as vinyl acetate (VA) and methyl acrylate (MA).The polymerization of monomers creates a mixture of molecular chains of varying lengths. Some are short, while others 3are enormously long, containing several hundred thousand monomer units.

7 For polyethylene, the ethylene chains have numerous side branches. For every 100 ethylene units in the molecular chain, there are about one to 10 short or long branches. The branches radiate in three dimensions (Figure 4).Chain branching affects many polymer properties including density, hardness, flexibility and transparency, to name a few. Chain branches also become points in the molecular network where oxidation may occur. In some processing techniques where high temperatures are reached, oxidation can adversely affect the polymer s 1: Ethylene monomer molecular structureFigure 2: Polyethylene molecular 3: Polyethylene chain with side 4: Polyethylene chain with side resins have a mixture of crystalline and amorphous areas. Molecular chains in crystalline areas are arranged somewhat parallel to each other. In amorphous areas, they are randomly arranged. This mixture of crystalline and amorphous regions (Figure 5) is essential to the formation of good film products. 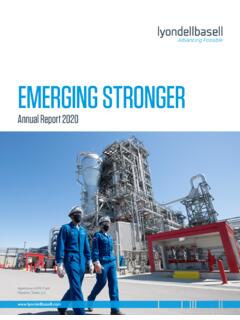 Harvesting new sources of cash flow from organic growth: In the first quarter of 2020, we began operations at our 500 thousand ton per year Hyperzone HDPE plant in Houston, Texas. In addition, we continue to make progress on our PO/TBA plant currently under construction in Houston, Texas. To help prevent the spread 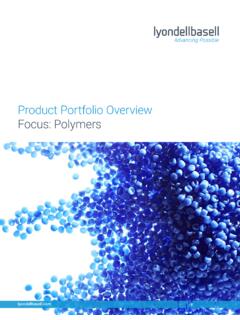 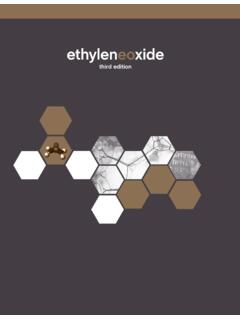 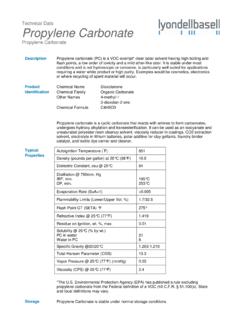 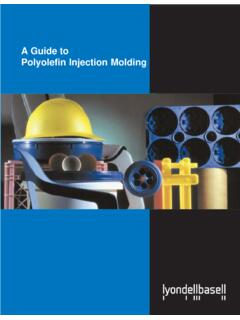 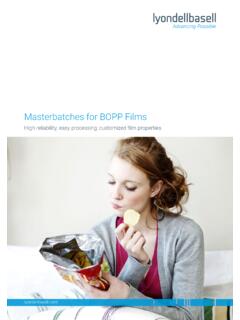 white films for printing, and many other applications 6. White Pearlescent Masterbatches Pearlescent BOPP films are the result of cavitation – caused by inorganic particles or polymeric agents in the core layer – that occurs during orientation. The well-defined voids create a lower density and an improved dead fold. 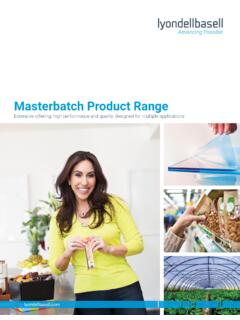 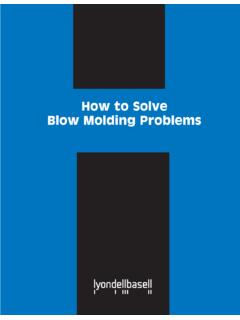 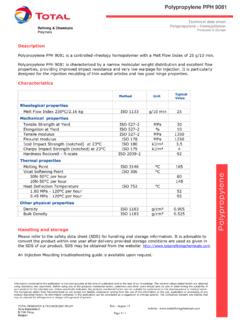 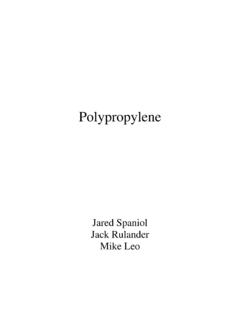 Melt Index The melt index test measures the rate of extrusion of a thermoplastic material through an orifice of a specific length and diameter under prescribed conditions of temperature and load. This test, being the most common test for plastics, is used to measure and determine the flow rate of the material. 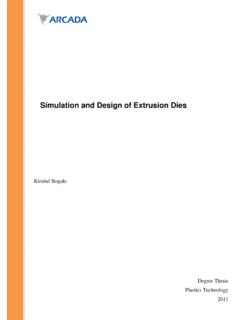 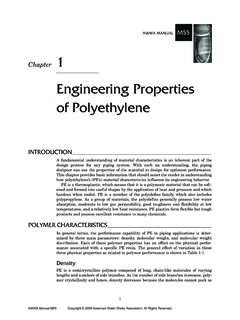 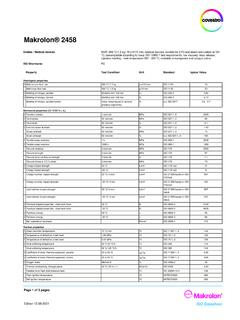 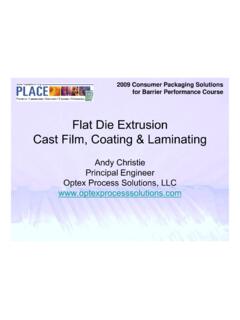 Start of flow through pipe End of flow through pipe – “A” encapsulates “B” Resin A Resin B The material seeks the path of minimum resistance and pressure drop. The degree of interfacial distortion (migration and encapsulation) depends on the magnitude of the viscosity difference, shear rate and length of the flow path.