A Learner's Guide To Closed-Circuit Rebreather …

A Learner's Guide To closed - circuit Rebreather operations by Richard L. Pyle This article was originally submitted to the Rebreather Forum in September of 1996. and is reprinted here with the permission of Richard L. Pyle and the organizers of the forum. This article is contained within the published proceedings of the Rebreather Forum along with quite a bit of other useful information on rebreathers . You can obtain a complete copy of the proceedings by phoning 1-800-729-7234, ext. 525; or email: This publication is highly recommended. *note- there will be accompanying pictures to this article which will be added at a later date. A Learner's Guide To Closed-Circuit Rebreather operations by Richard L. Pyle Abstract I have been using a Cis-Lunar Mk-4P mixed-gas, Closed-Circuit Rebreather since 1994 for exploration of coral reefs at depths of 200 to over 400 ft /61-122 meters (the "Twilight Zone").

A Learner's Guide To Closed-Circuit Rebreather Operations by Richard L. Pyle This article was originally submitted to the Rebreather Forum in September of 1996

1 A Learner's Guide To closed - circuit Rebreather operations by Richard L. Pyle This article was originally submitted to the Rebreather Forum in September of 1996. and is reprinted here with the permission of Richard L. Pyle and the organizers of the forum. This article is contained within the published proceedings of the Rebreather Forum along with quite a bit of other useful information on rebreathers . You can obtain a complete copy of the proceedings by phoning 1-800-729-7234, ext. 525; or email: This publication is highly recommended. *note- there will be accompanying pictures to this article which will be added at a later date. A Learner's Guide To Closed-Circuit Rebreather operations by Richard L. Pyle Abstract I have been using a Cis-Lunar Mk-4P mixed-gas, Closed-Circuit Rebreather since 1994 for exploration of coral reefs at depths of 200 to over 400 ft /61-122 meters (the "Twilight Zone").

2 On a recent expedition to Papua New Guinea, my diving partner and I discovered nearly 30 new species of reef fishes as well as several new invertebrates. Among the most important lessons I have learned about decompression diving using rebreathers are: 1) the importance of knowing the oxygen partial pressure in the breathing loop at all times; 2) vast amounts of open- circuit diving experience does not help one learn how to dive with a Rebreather as much as a solid understanding of gas physics and diving physiology does; 3). Rebreather training regimes should place emphasis on manual operation and bailout procedures; and 4) divers should always have an alternate safe route to the surface, even in the event of a catastrophic, unrecoverable breathing loop failure. I have developed an assortment of protocols for conducting decompression diving using multiple diluent mixtures with Closed-Circuit rebreathers , as well as procedures for various emergency bailout scenarios.

3 I. believe that it is vitally important that past, current and future Rebreather divers maintain an open line of communication in order to share experiences and techniques, in an effort to minimize the potential for fatal or otherwise harmful accidents. Introduction My interest in advanced mixed- gas diving technology, including Closed-Circuit rebreathers , stems from my ongoing endeavor to document marine life inhabiting deep coral reefs. Biologists using conventional air scuba have been limited to maximum depths of about 130- 190 ft /40-57 m for productive exploratory work. Scientific research utilizing deep-sea submersibles has primarily focused on habitats at depths well in excess of 500 ft /150 m. The region in between, which I have referred to as the undersea "Twilight Zone" (Fig. 1), remains largely unexplored (Pyle, 1991; 1992a; 1996a; 1996b; Montres Rolex , 1996).

4 In an effort to safely investigate this region, I designed an open- circuit mixed-gas diving rig that incorporated two large-capacity cylinders, two pony cylinders, five regulators, and a surface-supplied oxygen system for decompression (Pyle, 1992b; 1996c; Sharkey & Pyle, 1993). Using this open- circuit rig, Charles "Chip" Boyle and I discovered more than a dozen new species of reef fishes on the deep coral reefs of Rarotonga in the Cook Islands ( , Pyle, 1991; 1994; Pyle & Randall, 1992). The extent of these discoveries was remarkable not only because of the extremely limited amount of time spent at depth (12-15 minutes per dive), but also because Rarotonga lies far from the center of coral reef species diversity (Fig. 2). Given the une xpected wealth of diversity in the "Twilight Zone", it was clear that I would need to conduct dives with longer bottom times in order to adequately explore this region, especially if I was to examine the deep reefs of the more species-rich western Pacific.

5 Unfortunately, transporting large quantities of oxygen and helium to remote tropical islands can be extremely expensive and logistically difficult, if not impossible. The obvious solution was to use Closed-Circuit mixed-gas Rebreather technology. In 1994, Cis-Lunar Development Laboratories provided me with two of their MK-4P closed - circuit , mixed-gas rebreathers , so that my diving partner John Earle and I could continue exploration of deep coral reefs. After nearly a year of training in Hawaii, we shipped the rebreathers to Papua New Guinea for a series of exploratory dives on the deep reef drop-offs. Diving from the M/V Telita (live-aboard vessel), we logged a total of 96 hours on the rebreathers , including 28 trimix dives to depths of 200-420 ft/61-122 meters. Although we only intended to conduct preliminary observations during this expedition, we nevertheless discovered nearly thirty new species of fishes and several new invertebrate species ( , Gill et al.)

6 , in press; Earle & Pyle, in press; Allen & Ra ndall, in press; Randall & Fourmanoir, in press). Staying Alive on a Closed-Circuit Rebreather Having spent the past two years developing my own procedures and protocols for decompression diving using Closed-Circuit rebreathers , I have learned some important lessons (Comper & Remley, 1996; Pyle, 1996d). After my first 10 hours on a Rebreather , I was a real expert. Another 40 hours of dive time later, I considered myself a novice. When I had completed about 100 hours of Rebreather diving, I realized I was only just a beginner. Now that I have spend more than 200 hours diving with a Closed-Circuit system, it is clear that I am still a Rebreather weenie. In my experience, the underlying quality that divers must have to consistently survive Rebreather dives is discipline. The first step in exercising this discipline is to realize that it takes a fair amount of Rebreather experience just to comprehend what your true limitations are.

7 You should leave a wide margin for error between what you think your limitations are, and what sort of diving activity you actually do. To help new Rebreather divers survive the early overconfidence period, I offer these suggestions: 1. Know your PO2 at all times. Without doubt, the single most hazardous aspect of Closed-Circuit rebreathers is the fact that the oxygen content of the breathing mixture is dynamic. With open- circuit scuba, inspired gas fractions are constant. Thus, as long as gas mixtures are not breathed outside their respective pre-defined depth limits (assuming proper filling and mixture verification procedures have been followed) an open circuit diver can be confident that the inspired gas is life-sustaining. One of the fundamental advantages of Closed-Circuit rebreathers is their ability to maintain an optimal gas composition at all depths.

8 However, the disadvantage of this dynamic gas mixture system is the potential for oxygen content to drop below or exceed safe levels without any change of depth. The real danger is the insidious nature of hypoxia and hyperoxia. Neither malady has any reliable warning symptoms (although see Pyle, 1995), and both can be deadly in the underwater environment. It is therefore of utmost importance that Rebreather divers always know the oxygen partial pressure inside the breathing loop. Simply checking the primary electronic instrumentation on a regular basis is not sufficient. Most electronically-controlled Rebreather designs incorporate at least three oxygen sensors, and most will provide divers with at least two different displays of the oxygen sensor values. Many people refer to these as the "primary" and "backup" displays; however, I prefer the term "secondary" to "backup" because most backup equipment is used only after the primary component has failed.

9 Instead, the secondary oxygen display of a Closed-Circuit Rebreather should be monitored almost as regularly as the primary display, to verify that both displays are giving the same value. Ironically, the most reliable rebreathers can potentially be the most dangerous to an undisciplined diver. If the primary oxygen control system virtually never fails, then a diver may become complacent about checking the secondary display. Due to the oxymoronic nature of the phrase "fail-safe electronics" (especially in underwater applications), complacency of this sort can have disastrous consequences. 2. Open- circuit scuba experience is not as useful for Rebreather diving as a good grasp of diving physics and physiology. Many experienced open- circuit divers who are new to rebreathers may fall into the "trap" of overconfidence. While vast amounts of open- circuit diving experience can increase a person's over-all comfort level in the water and enhance one's respect for the hazards of sub aquatic forays, these qualities alone are insufficient for consistent Rebreather survival.

10 Diving with Closed-Circuit rebreathers differs considerably from open- circuit diving in many respects, ranging from methods of buoyancy control, to gas monitoring habits, to emergency procedures. Development of the proper knowledge, skills, and experience takes time and practice, regardless of how many open- circuit dives (mixed- gas or otherwise) one has successfully completed. What is probably the most dangerous period in any Rebreather diver's learning curve occurs relatively early on; after enough time to be comfortable with the basic operation of the unit, but before there has been enough practice and experience to adequately recognize problems and correct them before they become serious (the period when one's confidence exceeds one's abilities). In some ways, experienced scuba divers may be at greater risk than non- divers when learning how to dive with a Rebreather for the first time, because the initial discrepancy between confidence and abilities will be larger. 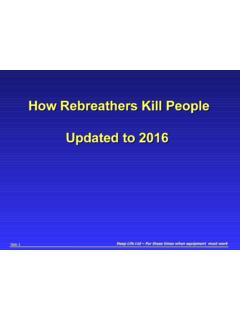 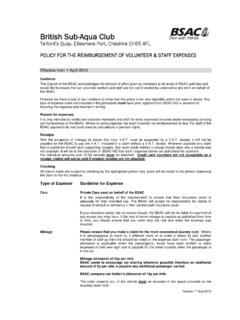 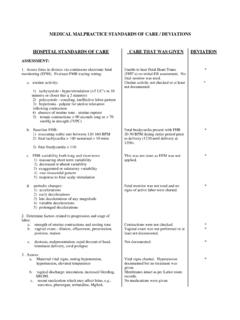 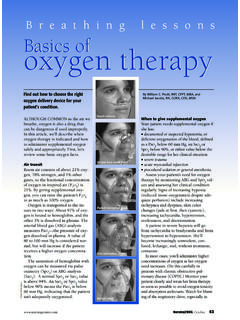 with a conserving device. Newer devices use demand flow or pulsed flow to match the patient’s inspiratory effort. As the patient starts to inhale, the oxygen flow 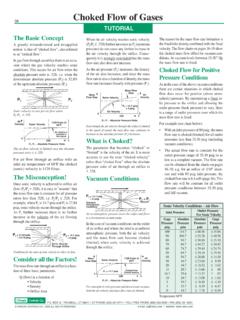 Oxygen Delivery Devices Oxygen should be delivered with properly sized equipment for the victim and appropriate ﬂ ow rates for the delivery device.