A model of fan identification: antecedents and …

3 In addition, we found that the investigated antecedents may aid in predicting fan identification . Our findings are discussed, managerial implications presented, and future research directions provided. M odern sponsorship Modern sponsorship has moved from primarily a philanthropic activity to mutually advantageous business arrangements between sponsors and the sponsored (Abratt et al., 1987). The objectives being sought by sponsoring organizations are focusing more and more on exploitable commercial potential and bottom-line results (Cornwell, 1995; Hoek et al.)

4 , 1993; 1997;. Irwin and Sutton, 1994; Marshall and Cook, 1992; Wilson, 1997), and less on altruism or a sense of social responsibility without expectation of return. With this recognition comes an increased significance on identifying attitudinal and tangible behavioral outcomes to sponsorship efforts (Hoek et al., 1993). Despite the growth and recognized importance of sponsorship activities, academic research in this area has to date been limited (Cornwell and Maignan, 1998; Speed and Thompson, 2000). Broadcast rights Sport is a natural area for sponsorship as it can carry very strong images, has a mass international audience, and appeals to all classes (Abratt et al.

5 , 1987;. Ferrand and Pages, 1996). The importance of sports can be seen in the increasing amounts of money paid for broadcast rights to events such as the Olympics and the NCAA basketball tournament, as well as the growth in the number of sports-oriented radio talk shows and sports oriented television networks such as the 24-hour Entertainment and Sports Programming Network (ESPN). Not only will sports sponsorship continue to be a popular and growing form of marketing (Lucas, 1996), but: .. sport generates fanship that is more intense, more obtrusive, and more enduring than it is for other forms of entertaining social activities without direct participation in the spectated events (Zillmann and Paulus, 1993, p.

7 Indeed, in an international review of sponsorship research, Cornwell and Maignan (1998, p. 17) conclude: ``research findings on sponsorship effects are ambiguous and often contradictory''. Recent research has raised concerns over the efficacy of sponsorship investment. For example, the results of Graham's (1998) research calls into question consumers' long term recall of even title event sponsors ( the Cadillac PGA Golf Tournament), while others have expressed concerns that sponsorship clutter ( multiple sponsors being associated with a single event) lessens the effectiveness of the promotion (Pryor, 1999).

8 While we share these concerns, we argue that positive sponsorship outcomes may be present for different types of consumers. Specifically, we present the results of a study examining the impact of team identification with a NCAA Division I football team on four distinct sponsorship outcomes: (1) sponsor recognition;. (2) attitude toward the sponsor;. (3) sponsor patronage; and (4) satisfaction with the sponsor. Team identification Team identification is defined as the spectators perceived connectedness to a team and the experience of the team's failings and achievements as one's own (Ashforth and Mael, 1989).

9 In this sense, it can be conceived as a more specific instance of organizational identification (Mael and Ashforth, 1992). Consistent with suggestions in the identification literature ( Bhattacharya et al., 1995; Fisher and Wakefield, 1998; Johan and Pham, 1999; Wann and Branscombe, 1993), we examine three antecedents ( prestige, fan associations, and domain involvement) for predicting team identification among sports spectators. Perceived prestige of, and associations with a focal organization was previous examined in an art museum member context (Bhattacharya et al.)

10 , 1995). A study by Fisher and Wakefield (1998) found that domain involvement was consistently associated with identification . We incorporate all three constructs in a sports context and extend previous findings by examining sponsorship related consequences of team identification . Relying on social identity theory, we extend identification research by proposing that highly identified fans will exhibit significantly higher levels of sponsor recognition, patronage, and satisfaction and have more positive attitudes toward sponsoring firms than less identified fans. 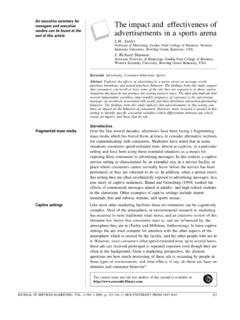 managers and executive The impact and … 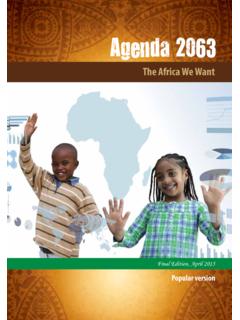 AGENDA 2063 The Africa We Want 2 7. Africa is self-confident in its identity, heritage, culture and shared values and as a strong, united …

ASCD / WWW.ASCD.ORG 35 multicultural programs or diversity initiatives in schools. Nor is it nec-essarily a lack of educators who, like Jonathan, appreciate and even 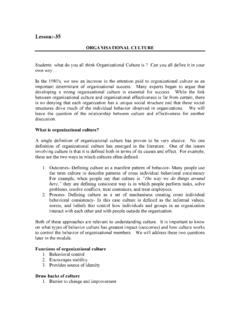 Lesson:-35 ORGANISATIONAL CULTURE Students what do you all think Organizational Culture is ? Can you all define it in your own way…. In the 1980's, we saw an increase in the attention paid to organizational culture as an 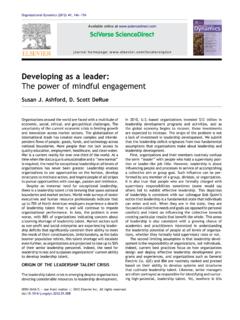 Developing as a leader: The power of mindful …

Developing as a leader: The power of mindful engagement Susan J. Ashford, D. Scott DeRue Organizations around the world are faced with a multitude of 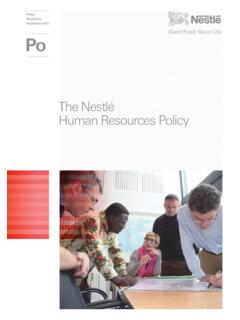 Th estl uma esource olicy 1 At Nestlé, we recognize that our employees are the key to our success and nothing can be achieved without their engagement. 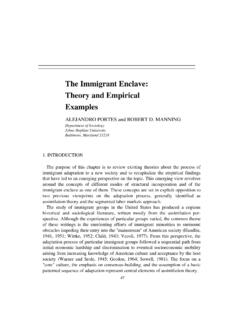 The Immigrant Enclave: Theory and Empirical …

2. THE IMMIGRANT ENCLAVE 49 social ladder and started to compete for positions of advantage with members of the majority (Nagel and Olzak, 1982).