A Proposed Approach to Environment and …

A Proposed Approach to Environment and sustainable development Indicators Based on Capital Prepared for The National Round Table on the Environment and the Economy's Environment and sustainable development Indicators Initiative By Robert Smith and Claude Simard 1. Environment Accounts and Statistics Division Statistics Canada and Andrew Sharpe Centre for the Study of Living Standards 2. January 2001. 1 Messrs. Smith and Simard benefited greatly from discussions with colleagues at Statistics Canada (in particular, Alice Born, Craig Gaston, Gerry Gravel, Anik Lacroix and Doug Trant), and any errors remain their responsibility.

Dec 02, 2000 · A Proposed Approach to Environment and Sustainable Development Indicators Based on Capital Prepared for The National Round Table on the Environment and the Economy’s

1 A Proposed Approach to Environment and sustainable development Indicators Based on Capital Prepared for The National Round Table on the Environment and the Economy's Environment and sustainable development Indicators Initiative By Robert Smith and Claude Simard 1. Environment Accounts and Statistics Division Statistics Canada and Andrew Sharpe Centre for the Study of Living Standards 2. January 2001. 1 Messrs. Smith and Simard benefited greatly from discussions with colleagues at Statistics Canada (in particular, Alice Born, Craig Gaston, Gerry Gravel, Anik Lacroix and Doug Trant), and any errors remain their responsibility.

2 2 Mr. Sharpe helped to author the sections on human capital, notably sections , and of this report. A. Introduction 1. This paper has been prepared for the National Round Table on the Environment and the Economy (NRTEE)'s Environment and sustainable development Indicators (ESDI) ,2 The authors were asked to provide a conceptual framework for the establishment of sustainable development indicators centred on the concept of capital and focused on the economy as the object of B. Why a Capital Approach ? 2. Capital comprises, by definition, those inputs that are necessary in economic processes and that endure (as opposed to inputs that are used up upon consumption).

3 It is, in other words, what we pass on today so that the economy may continue tomorrow. As a concept, capital aligns very well with the temporal aspect of sustainable development . The essence of sustainability (as defined within the context of the ESDI. Initiative) is that we wish economic production to continue for the benefit of the future (not because production is inherently good but because it contributes to human welfare). To do this, we need to maintain the means of production or capital intact over time. Capital embodies much of what is necessary to create the flows of services and materials necessary for economic production, today and for the future.

4 If capital is maintained constant or growing over time, then economic production, too, can be sustained over time. 3. The argument that capital is necessary for the sustainability of production is based in economic theory with which most people will be unfamiliar. Even if unfamiliar with the theoretical notion of capital, however, they will have an intuitive sense of its importance. They know that they must maintain their homes, their belongings, their finances and, indeed, their bodies if these things are to continue to provide them with the security, income and health that are essential to a good life.

5 Likewise, if presented with the notion that we as a nation must maintain those things needed to ensure the continuity of our economic system, most people would grasp the importance of doing so intuitively even if they would not equate it with the abstract notion of maintaining capital. Similarly, they would understand what the Minister of Finance meant if he rose in the House of Commons to report that economic output increased last year, but partly at the expense of degrading or losing some of what is necessary to ensure our ability to produce the same (or more) in the future.

6 They would know that we were living the good life today at the expense of the future. 1 The views expressed here should not be taken as reflecting the official views of Statistics Canada. 2 In the time available to prepare this paper it proved impossible to enter into detail with respect to all of the concepts and arguments underlying the capital Approach . The reader will note therefore areas in which essential points have been glossed over or not touched upon at all. Moreover, many of the arguments presented, particularly those with respect to the measurement of ecosystems, are still taking shape in the authors' minds and are not fully articulated here.

8 It is worth noting that the choice of human development as the object of sustainability would not result in conclusions that are dramatically different from those presented in this paper. The adoption of the three-pillar Approach would, on the other hand, lead to a substantially different set of conclusions. A Proposed Approach to Env ironment and sustainable development Indicators Based on Capital . C. What Is Required for Economic Sustainability? 4. It is assumed here that economic sustainability means creating the conditions that are necessary to allow economic production to continue into the indefinite future.

9 This does not mean that today's economy is to continue unchanged in structure and output forever. Rather, it means that we guard the possibility of arranging economic activity in whatever way will suit our future needs; that is, choices made today should not prevent future generations from making their own A static economy is undesirable because the elements of what is considered a good life have changed dramatically over time and will undoubtedly continue to do so. Our legacy to future generations should therefore not be economic stasis, but the passing along undiminished and hopefully enhanced of the means of economic production ( , capital) that we inherited.

10 This will allow future generations to tackle the challenge of offering their version of a good life to as many people as possible. 5. Economic production in the strict sense of the term refers only to production that occurs in the context of market activity. This is (with some small exceptions) measured as the output of businesses and individuals operating for profit, plus the value of government services. The non-market activities of households or volunteers (cooking, child rearing, etc.) are not included as production in this sense. This is too restricted a view in the context of sustainable development , since much valued (in the psychological and not the monetary sense) activity takes place outside the formal market.

herbert a. simon and the concept of rationality ...

Revista de Economia Política 30 (3), 2010 455 herbert a. simon and the concept of rationality: Boundaries and procedures gustaVo Barros* This paper discusses Herbert A. Simon’s conception of rationality in two of its 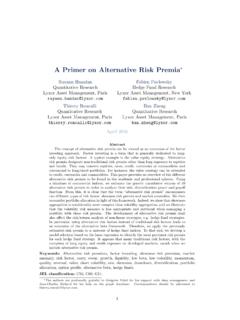 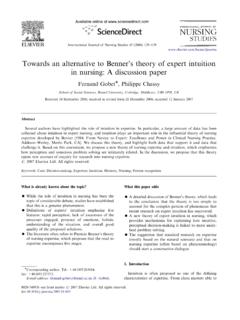 Towards an alternative to Benner’s theory of expert ...

International Journal of Nursing Studies 45 (2008) 129–139 Towards an alternative to Benner’s theory of expert intuition in nursing: A discussion paper

Paper, Theory, Towards, Alternatives, Towards an alternative to benner s theory, Benner

Storage as a Transmission Asset - caiso.com

In its filing, Nevada Hydro proposed that LEAPS should be treated as a transmission facility under the ISO’s operational control. According to Nevada Hydro, the ISO would serve its ancillary services 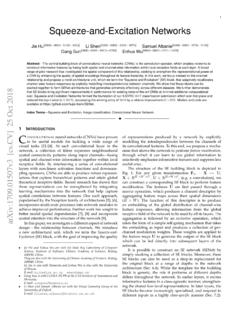 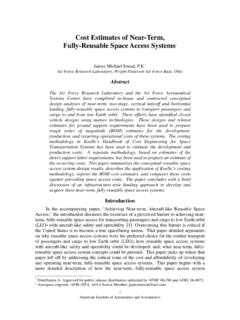