2 As a result, Qualitative Research has gained momentum as a mode of inquiry. This trend has roots in the development of the New leadership School, (Conger, 1999; Hunt, 1999), on the recent emergence of an approach to leadership that views it as a relational phenomenon (Fletcher, 2002), and on the increased recognition of the strengths of Qualitative inquiry generally. Shank (2002) defines Qualitative Research as a form of systematic empirical inquiry into meaning (p. 5). By systematic he means planned, ordered and public , following rules agreed upon by members of the Qualitative Research community.

3 By empirical, he means that this type of inquiry is grounded in the world of experience. Inquiry into meaning says researchers try to understand how others make sense of their experience. Denzin and Lincoln (2000) claim that Qualitative Research involves an interpretive and naturalistic approach: This means that Qualitative researchers study things in their natural settings, attempting to make sense of, or to interpret, phenomena in terms of the meanings people bring to them (p. 3). The advantages of doing Qualitative Research on leadership include (Conger, 1998; Bryman et al, 1988; Alvesson, 1996): flexibility to follow unexpected ideas during Research and explore processes effectively; sensitivity to contextual factors; ability to study symbolic dimensions and social meaning; increased opportunities o to develop empirically supported new ideas and theories; o for in-depth and longitudinal explorations of leadership phenomena; and o for more relevance and interest for practitioners.

4 THE CONTRIBUTION OF Qualitative DESIGNS Transformational leadership scholars attend to the management of meaning as an important dimension of leadership (Cal s and Smircich, 1991;Yukl, 1994, 1999; Meindl, et al 1986). Neo-charismatic scholars view charisma as a social phenomenon that requires in-depth examination of context and actors over time. Conger (1998) argues that quantitative Research alone can not produce a good understanding of leadership , given the extreme and enduring complexity of the leadership phenomenon itself (p.)

5 108). leadership involves multiple levels of phenomena, possesses a dynamic character and has a symbolic component, elements better addressed with Qualitative methodologies, he argues. Likewise, favoring grounded theory, Parry (1998) claims that quantitative methods are insufficient to theorize successfully about the nature of leadership , understood as a social influence process. The high sensitivity of leadership to context is well established in the literature. Quantitative researchers incorporate contextual variables in their models but conceptualize them abstractly ( task structure or position power ), obscuring the impact of context-specific forces.

6 Qualitative researchers are well positioned to open this black box . Qualitative studies about circumstances associated with organizational types or occupational settings have provided new insights into the dynamics of leadership (Bryman et al, 1996). Some New leadership scholars have also used a mixed approach to understand contextual variables such as culture. For example, in their international Research program, House and his associates use both methods to study leadership in 170 countries (House et al, 1999).

8 Other Qualitative designs found in the literature include ethnography, narrative inquiry, action Research and grounded theory (Tierney, 1996; Schall et al, 2002; Huxham and Vangen, 2000; Parry, 1998). Contemporary emergent approaches view leadership as a meaning making process in communities of practice (Drath, 2001) or as a set of functions and relationships distributed rather than concentrated around a single individual (Pearse and Conger, 2002). These new theoretical lenses call for Qualitative designs.

9 For example, Gronn s (1999) study of a famous mountain school campus in Australia explored the relational dynamics between two leaders credited for this school s success. Analyzing correspondence, school council records, alumni files, archival material and newspapers, he shifted the unit of analysis away from methodological individualism to consider collective forms of leadership . THE NATURE OF Qualitative Research While quantitative and Qualitative inquiry represent two legitimate ways to investigate leadership , researchers using one or the other tackle empirical Research differently.

10 Everet and Louis (1981) clarify the assumptions that ground each by distinguishing two Research stances: inquiry from the outside , often implemented via quantitative studies and inquiry from the inside via Qualitative studies. These approaches differ in the degree of the researcher s immersion in terms of experiential engagement, direct contact with the subjects, and physical involvement in the setting. In the inside or Qualitative approach, the researcher aims for a holistic picture from historically unique situations, where idiosyncrasies are important for meaning. 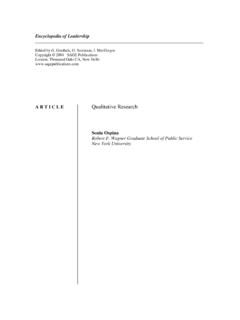 QUALITATIVE RESEARCH Leadership scholars seeking to answer questions about culture and meaning have found experimental and quantitative methods to be insufficient on ... 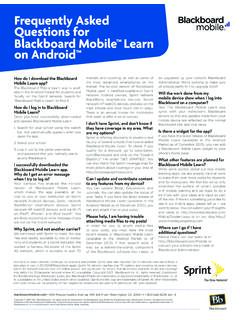 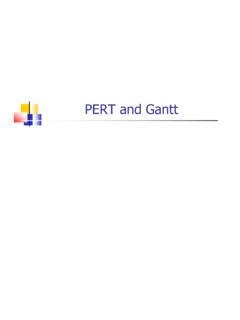 PERT and Gantt - University of Arkansas at Little Rock

program – noun (from dictionary.com) 1. a plan of action to accomplish a specified end: a school lunch program . 2. a plan or schedule of activities, 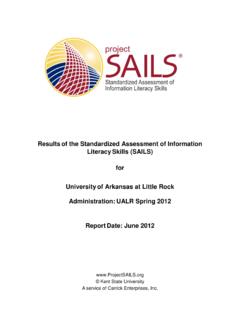 Results of the Standardized Assessment of Information ...

SAILS Results - UALR Spring 2012 1 1. THE TEST AND HOW IT IS SCORED The Test The Standardized Assessment of Information Literacy Skills (SAILS) is a knowledge test with multiple-choice questions targeting a variety of information literacy skills. Questions on the SAILS … 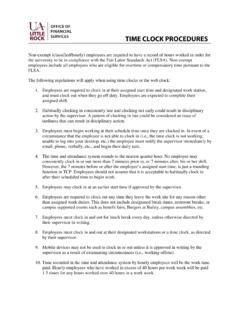 Specifically, users must use their own login ID and password. Access to any UA Little Rock IT system using another user’s logon credentials is fraudulent and may result in disciplinary action, up to and including termination. Disciplinary Actions .

warmer colors of Venus’s face and hair. This visual lightness along with Venus’ gaze is strong enough to balance the multitude of hair and part of a flower on the right side. This artwork is composed of shapes because it is two-dimensional. Most of the shapes are formed by lines and shifts in color. For example, Venus’s red hair is formed

(2013) suggested that some leadership skills and traits may not be teachable: “some tacit dimensions of leadership involve different processes to gain commitment to a strategy and vision, or the ability of empowering employees by building relationships and demonstrating confidence with humility 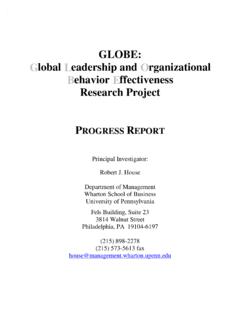 Mar 01, 1999 · The Global Leadership and Organizational Behavior Effectiveness (GLOBE) Research Project is a multi-phase, multi-method program of cross ... (form and processes) was conceived by Robert J. House (The Wharton School, The University of Pennsylvania) in the summer of 1991. ... G. “Relationship between two kinds of measures of cultural dimensions ... 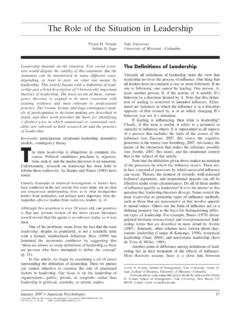 The Role of the Situation in Leadership

Jan 18, 2007 · concerned with leadership traits as indicated by perfor-mance on standardized tests but rather with the leaderÕs actions in carrying out the leadership role. The Ohio State studies, for example, focused on the independent behav-ioral dimensions of consideration and initiating structure . The former dealt with the establishment of mutual trust,

Leadership, Dimensions, Situation, Of the situation in leadership 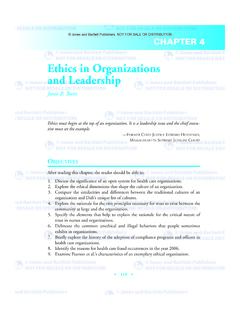 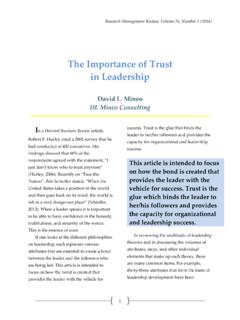 The Importance of Trust in Leadership - ed

and knowledge-intensive processes in any detail, the importance of leadership as a motivating factor has gained increasing momentum (Bass 1994; Conger 2000; Kotter 1999; Rost 1991). In continuation of this there is a tendency to use the term leadership about almost all kinds of managerial functions. Thus, 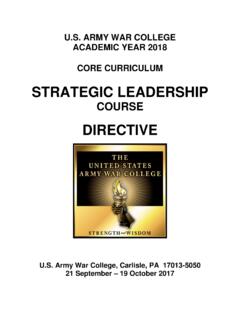 uniqueness of the strategic leadership setting and the accompanying knowledge, skills, and abilities necessary to lead national security organizations in a national and global strategic environment. 3. Outcomes. a. Apply the unique aspects of leadership at the strategic level. b. 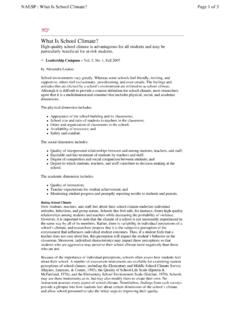 What Is School Climate? - NAESP

Leadership Compass » Vol. 5, No. 1, Fall 2007 by Alexandra Loukas School environments vary greatly. Whereas some schools feel friendly, inviting, and supportive, others feel exclusionary, unwelcoming, and even unsafe. The feelings and attitudes that are elicited by a school’s environment are referred to as school climate.

What, School, Leadership, Climate, What is school climate

Leadership, Dimensions, Processes, Global Leadership and Organizational, And processes, Of the Situation in Leadership, What Is School Climate