A Re-translation of the Eighth Chapter of the …

A Re-translation of the Eighth Chapter of the lankavatara sutra and commentary By William Bagley Introduction A Re-translation is a revision of an earlier translation. It is sometimes made by comparing several translations and doing language studies on the meaning of key words and passages. Usually some poetic license occurs, in the sense that, rather than translate or interpret something for literal accuracy, the rendering attempts to convey the inner sense of the passage in more readable language. Sometimes, too, older sutras have parts that have been lost or obscured over time.

A Re-translation of the Eighth Chapter of the Lankavatara Sutra and Commentary By William Bagley Introduction A re-translation is a revision of an earlier translation.

Commentary, Sutra, The lankavatara sutra and commentary by, Lankavatara

1 A Re-translation of the Eighth Chapter of the lankavatara sutra and commentary By William Bagley Introduction A Re-translation is a revision of an earlier translation. It is sometimes made by comparing several translations and doing language studies on the meaning of key words and passages. Usually some poetic license occurs, in the sense that, rather than translate or interpret something for literal accuracy, the rendering attempts to convey the inner sense of the passage in more readable language. Sometimes, too, older sutras have parts that have been lost or obscured over time.

2 They are usually included for the sake of historical accuracy and no one knows for sure what was originally meant, though many educated guesses can be made. A re- translation, focusing more on making the translation readable, flowing, and devotional, interprets and translates those passages in a way that makes sense to those reading it and in some sense sacrifices some accuracy. Quite often in Buddhist history such re-translations must have been made, because when various versions of the sutras are compared they are different enough so that only one can be the true original.

3 There is some question if there even was a true original, since some sutras were oral traditions long before they were written down and the variations deviated from each other rather early. Unlike the prophetic traditions which have their scriptures claim to be the voice of an authoritarian god, Buddhism is a religion of seers. While prophets claim to speak for a god, seers report what their intuitive awareness picks up about reality. When the god is considered infallible, the scriptures are not deeply questioned in regards to their truth. But seers have human fallibility and occasionally certain views are further refined over time.

4 This aspect of Buddhism has allowed it to evolve over the centuries. I have relied much on the translation of the lankavatara sutra by D T Suzuki (Routledge and Kegan Paul, London and Hensley 1978). I have eliminated some but not all of the language redundancies in order to make the text more readable. I have made different choices in terms of how to translate certain key words. I have mainly used American words have become the usual translations for Buddhist technical terms. This will make it easier to link the themes discussed here with other Buddhist writings.

5 I have streamlined much of the awkward English, breaking up many larger sentences into smaller ones. I have also occasionally eliminated some small phrases that did not add clarity to what was spoken about. I have also kept a few outdated passages because they give a clue to when the sutra was written. I have also, as much as possible, translated the passages in a gender balanced way. The commentary illuminates some passages that show that the lankavatara sutra was a later sutra . It mentions several other sutras and therefore must have come historically after those were created.

6 It also mentions sutras and an issue mentioned in other sutras, and therefore comes from a time period when oral traditions were put down in writing. Many of issues Buddha responds to seem relevant to wandering yogis. There are some criticisms of other sutras and a disclaimer that the Buddha wrote them. This also dates the sutra . This particular Chapter seems to be about setting the record straight about the issue of vegetarianism. Mahamati must have communicated to the Buddha in a visionary state or must have gone to 2006 All rights reserved. Published in PDF with permission of the copyright holder, William Bagley, by Amsterdam.

7 Meet Buddha at Mount of the Holy Vulture to get information from the Buddha to make this issue clear. Text and commentary 1. Then the Bodhisattva-Mahasattva Mahamati asked the Blessed One in verse and made a request: 2. Please tell me, Blessed One, Tathagata, Arhat, Completely Enlightened One regarding the merit or demerit of animal flesh eating so that I and other Bodhisattva-Mahasattvas of the present and the future may teach the Dharma to those under the influence of habit energy coming from previous existences as carnivores, who strongly crave to eat animal flesh, and thereby help them to abandon their craving to eat animal flesh.

8 3. These animal flesh eaters may then be able abandon their desire to experience the taste sensation of animal flesh and be able to have the Dharma become their food and enjoyment, and also learn to regard all sentient beings as if they were their only child and thereby cherish all sentient beings with great compassion. 4. Through cherishing them with great compassion, they will discipline themselves to move through all the Bodhisattva stages and quickly awaken to supreme perfect enlightenment. 5. By learning to cherish animals with great compassion, learning not to kill them and eat them, may even those presently on the path stages of Sravakas and Pretyakabuddhas can eventually become the most advanced Tathagatas.

9 The verses of Mahamati are really a summary of all themes that the Buddha will speak about. There are some interesting subtleties of understanding expressed in these apparently simple and devotional words. One is that Mahamati does acknowledge previous existences of human beings as carnivores and gives this as the reason why humans crave animal flesh. Although he is referring to previous incarnations of individuals, there is also a sense that the evolutionary ancestors of humankind in general had a history of animal flesh eating and therefore still crave to eat animal flesh.

10 It is considered habit energy to want to crave animal flesh. Whatever the reasons why this habit appeared, it is considered something worth abandoning in order to progress towards enlightenment. In Mahayana Buddhism, the driving force of the enlightenment process is mahakaruna or great compassion . It is meant to be toward all sentient beings and animals are included within range of this compassion. Compassion cannot be limited to only the human species, or only to one human racial subgroup, or only to friends and family. In Buddhism, compassion even extends to hungry ghosts, demons, gods, and asuras.

Narada-Bhakti-Sutra: The Value of Devotion” by His …

“Narada-Bhakti-Sutra: The Value of Devotion” by His Divine Grace A.C. Bhaktivedanta Swami Prabhupada. NOTE FROM THE PUBLISHER: This document contains the first chapter of Narada- 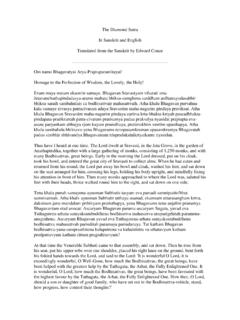 The Diamond Sutra In Sanskrit and English …

The Diamond Sutra In Sanskrit and English Translated from the Sanskrit by Edward Conze Om namo Bhagavatyai Arya-Prajnaparamitayai! Homage to the Perfection of Wisdom, the Lovely, the Holy! 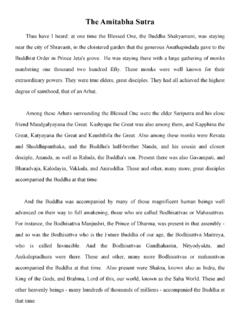 The Amitabha Sutra Thus have I heard: at one time the Blessed One, the Buddha Shakyamuni, was staying near the city of Shravasti, in the cloistered garden that the generous Anathapindada gave to the 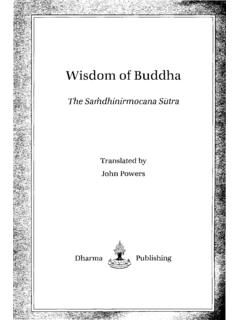 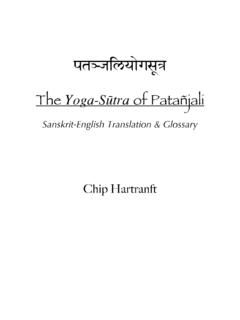 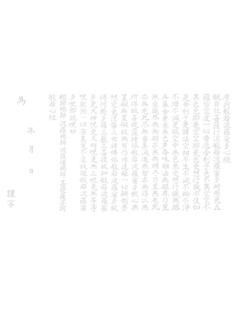 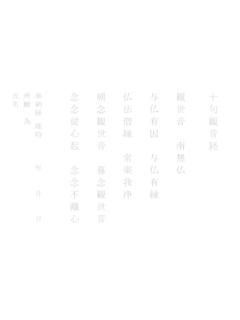