A Tutorial on Beam Management for 3GPP NR at mmWave ...

1. A Tutorial on Beam Management for 3 GPP NR at mmWave Frequencies Marco Giordani, Student Member, IEEE, Michele Polese, Student Member, IEEE, Arnab Roy, Member, IEEE, Douglas Castor, Member, IEEE, Michele Zorzi, Fellow, IEEE. Abstract The millimeter wave ( mmWave ) frequencies offer In this context, the millimeter wave ( mmWave ) spectrum . the availability of huge bandwidths to provide unprecedented roughly above 10 GHz1 has been considered as an enabler data rates to next-generation cellular mobile terminals. However, of the 5G performance requirements in micro and picocellular mmWave links are highly susceptible to rapid channel variations [ ] 5 Apr 2018. and suffer from severe free-space pathloss and atmospheric networks [6], [7]. These frequencies offer much more band- absorption. To address these challenges, the base stations and the width than current cellular systems in the congested bands mobile terminals will use highly directional antennas to achieve below 6 GHz, and initial capacity estimates have suggested sufficient link budget in wide area networks.

1 1. A Tutorial on Beam Management for 3 GPP NR at mmWave Frequencies Marco Giordani, Student Member, IEEE, Michele Polese, Student Member, IEEE, Arnab Roy, Member, IEEE, Douglas Castor, Member, IEEE, Michele Zorzi, Fellow, IEEE. Abstract The millimeter wave ( mmWave ) frequencies offer In this context, the millimeter wave ( mmWave ) spectrum . the availability of huge bandwidths to provide unprecedented roughly above 10 GHz1 has been considered as an enabler data rates to next-generation cellular mobile terminals. However, of the 5G performance requirements in micro and picocellular mmWave links are highly susceptible to rapid channel variations [ ] 5 Apr 2018. and suffer from severe free-space pathloss and atmospheric networks [6], [7]. These frequencies offer much more band- absorption. To address these challenges, the base stations and the width than current cellular systems in the congested bands mobile terminals will use highly directional antennas to achieve below 6 GHz, and initial capacity estimates have suggested sufficient link budget in wide area networks.

2 The consequence that networks operating at mmWaves can offer orders of is the need for precise alignment of the transmitter and the magnitude higher bit-rates than 4G systems [8]. Nonetheless, receiver beams, an operation which may increase the latency of establishing a link, and has important implications for control the higher carrier frequency makes the propagation conditions layer procedures, such as initial access, handover and beam harsher than at the lower frequencies traditionally used for tracking. This Tutorial provides an overview of recently proposed wireless services, especially in terms of robustness [9]. Sig- measurement techniques for beam and mobility Management in nals propagating in the mmWave band suffer from increased mmWave cellular networks, and gives insights into the design pathloss and severe channel intermittency, and are blocked by of accurate, reactive and robust control schemes suitable for a 3 GPP NR cellular network.

3 We will illustrate that the best many common materials such as brick or mortar [10], and strategy depends on the specific environment in which the nodes even the changing position of the body relative to the mobile are deployed, and give guidelines to inform the optimal choice device can lead to rapid drops in signal strength. as a function of the system parameters. To deal with these impairments, next-generation cellular Index Terms 5G, NR, mmWave , 3 GPP, beam Management . networks must provide a set of mechanisms by which User Equipments (UEs) and mmWave Next Generation Node Base I. I NTRODUCTION (gNB) stations2 establish highly directional transmission links, typically using high-dimensional phased arrays, to benefit from From analog through Long Term Evolution (LTE), each the resulting beamforming gain and sustain an acceptable generation of mobile technology has been motivated by the communication quality.

4 Directional links, however, require fine need to address the challenges not overcome by its pre- alignment of the transmitter and receiver beams, achieved decessor. The 5th generation (5G) of mobile technology is through a set of operations known as beam Management . They positioned to address the demands and business contexts of are fundamental to perform a variety of control tasks including 2020 and beyond. It is expected to enable a fully mobile (i) Initial Access (IA) [11], [12] for idle users, which allows a and connected society, related to the tremendous growth in mobile UE to establish a physical link connection with a gNB, connectivity and density/volume of traffic that will be required and (ii) beam tracking, for connected users, which enable beam in the near future [2], to provide and guarantee: (i) very high adaptation schemes, or handover, path selection and radio link throughput (1 Gbps or more), to support ultra-high definition failure recovery procedures [13], [14].

5 In current LTE systems, video and virtual reality applications; (ii) very low latency these control procedures are performed using omnidirectional (even less than 1 ms in some cases), to support real-time signals, and beamforming or other directional transmissions mobile control and Device-to-Device (D2D) applications and can only be performed after a physical link is established, for communications; (iii) ultra high reliability; (iv) low energy data plane transmissions. On the other hand, in the mmWave consumption; and (v) ultra high connectivity resilience and bands, it may be essential to exploit the antenna gains even robustness [3] to support advanced safety applications and during initial access and, in general, for control operations. services. In order to meet these complex and sometimes con- Omnidirectional control signaling at such high frequencies, tradictory requirements, 5G will encompass both an evolution indeed, may generate a mismatch between the relatively short of traditional 4G-LTE networks and the addition of a new radio range at which a cell can be detected or the control signals access technology, globally standardized by the 3rd Generation can be received (control-plane range), and the much longer Partnership Project (3 GPP) as NR [4], [5].

6 Range at which a user could send and receive data when Marco Giordani, Michele Polese and Michele Zorzi are with the Department using beamforming (data-plane range). However, directionality of Information Engineering (DEI), University of Padova, Italy, and Consorzio 1 Although strictly speaking mmWave bands include frequencies between Futuro in Ricerca (CFR), Italy. Arnab Roy and Douglas Castor are with InterDigital Communications, Inc., 30 and 300 GHz, industry has loosely defined it to include any frequency USA. above 10 GHz. Part of this work has been submitted for publication at Med-Hoc-Net 2018 [1]. 2 Notice that gNB is the NR term for a base station. 2. can significantly delay the access procedures and make the advanced beamforming capabilities ( , digital or hybrid performance more sensitive to the beam alignment. These are beamforming), which allow the transceiver to sweep particularly important issues in 5G networks, and motivate the multiple directions at any given time.

7 Need to extend current LTE control procedures with innovative Illustrate some of the complex and interesting trade- mmWave -aware beam Management algorithms and methods. offs to be considered when designing solutions for next- generation cellular networks by examining a wide set of parameters based on 3 GPP NR considerations and A. Contributions agreements ( , the frame structure and other relevant This paper is a Tutorial on the design and dimensioning physical-layer aspects). of beam Management frameworks for mmWave cellular net- In general, the results prove that the optimal design choices works. In particular, we consider the parameters of interest for for implementing efficient and fast initial access and reactive 3 GPP NR networks, which will support carrier frequencies tracking of the mobile user strictly depend on the specific envi- up to GHz [5]. We also report an evaluation of beam ronment in which the users are deployed, and must account for Management techniques, including initial access and tracking several specific features such as the base stations density, the strategies, for cellular networks operating at mmWaves under antenna geometry, the beamforming configuration and the level realistic NR settings and channel configurations, and describe of integration and harmonization of different technologies.

8 How to optimally design fast, accurate and robust control- plane Management schemes through measurement reports in different scenarios. More specifically, in this Tutorial we: B. Organization Provide an overview of the most effective measure- The sections of this Tutorial are organized as follows. Sec. II. ment collection frameworks for 5G systems operating reports the related work on beam Management at mmWave at mmWaves. We focus on Downlink (DL) and Uplink frequencies. Sec. III provide basic information on the 3 GPP. (UL) frameworks, according to whether the reference Release 15 frame structure for NR, and presents the candidate signals are sent from the gNBs to the UEs or vice DL and UL measurement signals that can be collected by versa, respectively, and on Non-Standalone (NSA) and the NR nodes for the beam Management operations. Sec. IV. standalone (SA) architectures, according to whether the describes the beam Management frameworks whose perfor- control plane is managed with the support of an LTE mance will be analyzed, simulated and compared in the overlay or not, respectively.

9 A DL configuration is in remainder of the work. Sec. V defines the parameters that line with the 3 GPP specifications for NR and reduces the affect the performance of beam Management in NR. Sec. VI. energy consumption at the UE side, but it may be lead to reports a performance evaluation and some considerations on a worse beam Management performance than in the UL. the trade-offs and on which are the best configurations for Moreover, when considering stable and dense scenarios beam Management frameworks. Additional considerations and which are marginally affected by the variability of the final remarks, aiming at providing guidelines for selecting the mmWave channel, an SA architecture is preferable for optimal IA and tracking configuration settings as a function of the design of fast IA procedures, while an NSA scheme the system parameters, are stated in Sec. VII. Finally, Sec.

10 VIII. may be preferable for reducing the impact of the overhead concludes the paper. on the system performance and enable more robust and stable communication capabilities. II. R ELATED W ORK. Simulate the performance of the presented measurement Measurement reporting is quite straightforward in LTE [41]: frameworks in terms of signal detection accuracy, using the DL channel quality is estimated from an omnidirectional a realistic mmWave channel model based on real-world signal called the Cell Reference Signal (CRS), which is measurements conducted in a dense, urban scenario in regularly monitored by each UE in connected state to cre- which environmental obstructions ( , urban buildings) ate a wideband channel estimate that can be used both for can occlude the path between the transmitter and the demodulating downlink transmissions and for estimating the receiver. The Tutorial shows that accurate beam man- channel quality [42]. 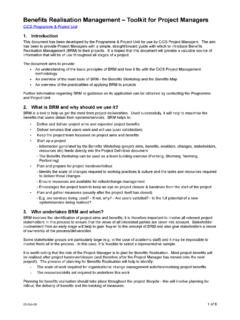 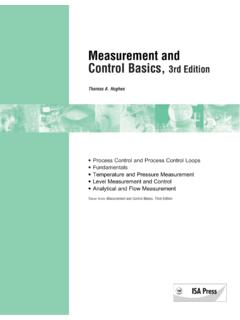