Jan 01, 2016 · Special districts are created when local residents or landowners wish to receive new or upgraded services in their community. For example, residents in a rural area may not have access to a ... • Mosquito and pest abatement districts control mosquito populations and reduce the spread of vector borne diseases.

3 Each SPECIAL district focuses on a specific set of services, like fire protection, water, healthcare, or parks, among others. It is this focused service that allows for innovation and long-term planning to meet the community's needs. SPECIAL DISTRICTS specialize in meeting the needs of residents of all types of communities, ranging from small neighborhoods to large regions. They often cross boundary lines, such as city and county borders, to overcome and respond to shared community challenges and interests. SPECIAL DISTRICTS can build and operate urgently needed infrastructure without straining city, State, or county finances. As publicly owned and operated local agencies, SPECIAL DISTRICTS are created by and held accountable to local residents. SPECIAL DISTRICTS are governed by board members, which are residents of the district and usually elected by the community.

4 In some instances board members are appointed by other local elected officials. The public can attend and comment during board meetings and obtain the district's public records. HISTORY OF SPECIAL DISTRICTS . In the 1880s, agriculture in the fertile Central Valley was limited to dry farms and low-value crops. Local farmers had a desire to tap into the water supply of the Tuolumne River, and the farmers themselves used their land as collateral to build diversion dams. In 1887, the Legislature passed the Wright Act, named after the Modesto attorney who had been elected to office on a pro-irrigation platform. The Wright Act, which allowed landowners to form new public entities to deliver irrigation water, provided the legal foundation for the formation of water DISTRICTS and, ultimately, the other SPECIAL DISTRICTS that now deliver a wide range of services used daily by millions of Californians.

5 The Turlock Irrigation District was formed the same year, making it the oldest SPECIAL district in California . The Legislature continued to develop new types of SPECIAL DISTRICTS as tools to help residents come together to solve community problems. SPECIAL DISTRICTS became a popular mechanism for providing desired community services without the complex bureaucracies that often accompany larger general-purpose governments. In 1915, the Legislature created mosquito abatement DISTRICTS because of widespread salt marsh mosquitos in the San Francisco Bay and high rates of malaria in rural counties. After World War II there weren't enough hospital beds and the Legislature created hospital DISTRICTS , now called healthcare DISTRICTS , so that communities could create and manage their own healthcare needs. Throughout California 's history, SPECIAL DISTRICTS have empowered residents to find local solutions to fit the unique needs of their community.

10 Signatures are gathered on a petition, which is then given to the Local Agency Formation Commission (LAFCO) for review. If the LAFCO approves the proposed new SPECIAL district, then the question of whether to create the district must be put before the voters or landowners for final approval. Voters can override a LAFCO's determination in favor of creating a SPECIAL district through what is known as a protest hearing.. While SPECIAL DISTRICTS are most often created directly by the voters and residents they serve, on rare occasions they are created through SPECIAL action of the State Legislature. Also, the formation of dependent SPECIAL DISTRICTS can be initiated by a city or county. Voters, furthermore, must approve any new taxes that SPECIAL DISTRICTS receive. Proposition 218, which amended the California State Constitution in 1996, requires that new or increased SPECIAL taxes be approved by a two-thirds vote.

IN A TIME OF TRANSFORMATION

large enough sample sizes for these populations. •Invited cultural organizations from across the country to send the survey to their email lists, giving us a more robust sample. These samples were then combined and weighted to provide an estimate of the U.S. population as a whole, not just those actively participating in arts 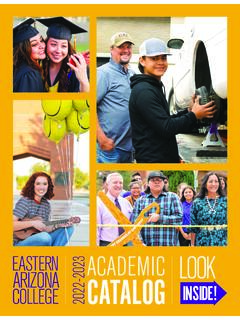 securities, real property, bequests, and gifts-in-kind . Special gift provisions can also be made through a will, by gifts of insurance policies, or the establishment of an endowment or a trust . Gifts to the Foundation may be given for a specific purpose or given without restriction . Donations can also be arranged to obtain the