Act on the Financial Supervisory Authority - …

3 Unofficial translation compliance with the provisions and Financial market participants, and the regulations governing clearing and evolution of other general operating custodial services; conditions;. 4) supervise compliance with 2) introduce initiatives for the International Financial Reporting development of Financial market Standards, as provided below; legislation and other requisite measures, and participate in the 5) monitor that Financial market preparation of legislation;. participants comply with the provisions and regulations applicable 3) monitor and analyse the availability to them concerning prevention and and pricing of basic banking services;. detection of money laundering and 4) foster reliable corporate governance the financing of terrorism;. systems in those Financial market 6) issue regulations necessary for participants whose Financial position application of the Act as separately it monitors;. provided in law;. 5) collect and regularly publish 7) direct and supervise the activities of comparable data on Financial market the savings bank inspectorate; participants' Financial position and otherwise contribute to access to 7a) supervise, together with the Finnish information on Financial services and Resolution Authority , as referred to in Financial market activity.

4 The Act on the Finnish Resolution Authority (1195/2014), Financial 6) participate in national cooperation market participants' compliance with between authorities;. the provisions of the Act on the Crisis 7) participate in European Union Resolution of Credit Institutions and cooperation within the framework of Investment Firms (1194/2014), the European System of Financial hereinafter referred to as the Crisis Supervisors (ESFS) as referred to in Resolution Act, applicable to them;. section 3a, and in other international ( ). Supervisory cooperation;. 8) perform its other statutory duties. ( ). ( ). 8) participate in combating criminal In addition, the Financial Supervisory misuse of the Financial system;. Authority shall 9) promote scientific research and 1) monitor and evaluate developments education for the Financial sector in in Financial markets and the rest of cooperation with institutions of the operating environment for higher education; ( ).

5 2. Unofficial translation 10) monitor developments in the Bank, hereinafter referred to as ECB, and remuneration schemes of credit national competent authorities, as referred institutions and investment firms and to in the SSM Regulation. provide information thereon to the The Financial Supervisory Authority is a European Banking Authority ;. member of the European System of Financial ( ). Supervision designed to strengthen the 11) attend to the duties of a regulatory supervision of the Financial system of the Authority regarding the Global Legal European Union, as referred to in Regulation Entity Identifier System and (EU) No 1093/2010 of the European participate in other official Parliament and of the Council establishing a cooperation related to it; European Supervisory Authority (European ( ) Banking Authority ), amending Decision No 716/2009/EC and repealing Commission 12) prepare, together with the Ministry of Decision 2009/78/EC; Regulation (EU) No Finance and the Bank of Finland, 1095/2010 of the European Parliament and measures necessary to ensure the of the Council establishing a European stability of the Financial system as a Supervisory Authority (European Securities whole and decide on such measures and Markets Authority ), amending Decision as separately provided for by law.

6 No 716/2009/EC and repealing Commission ( ). Decision 2009/77/EC; and Regulation (EU) No The Financial Supervisory Authority shall 1094/2010 of the European Parliament and attend to the responsibilities under this law of the Council establishing a European and elsewhere in law, unless otherwise Supervisory Authority (European Insurance provided by the Council Regulation (EU) No and Occupational Pensions Authority ), 1024/2013 conferring specific tasks on the amending Decision No 716/2009/EC and European Central Bank concerning policies repealing Commission Decision 2009/79/EC, relating to the prudential supervision of hereinafter referred to as European Financial credit institutions, hereinafter referred to as Supervision Regulations; and Regulation (EU). SSM Regulation. ( ) No 1092/2010 of the European Parliament and of the Council on European Union macro- prudential oversight of the Financial system and establishing a European Systemic Risk Section 3a ( ).

10 Functioning or stability of Finnish Financial markets. For the purposes of this Act, authorised supervised entity means: ( ). 1) a credit institution or the branch of a third country credit institution as referred to in the Credit Institutions Section 3 c ( ). Act (610/2014); ( ). Cooperation between authorities in the 2) an insurance company as referred to prevention and combat of economic crime in the Insurance Companies Act The Financial Supervisory Authority (521/2008);. cooperates with the Money Laundering 3) an employee pension insurance Clearing House, the police, the Grey Economy company as referred to in the Act on Clearing House, the tax authorities and other Employee Pension Insurance competent authorities to prevent and Companies (354/1997);. combat economic crime. 4) a fund management company as If in the exercise of supervision or other referred to in the Mutual Funds Act statutory duties, the Financial Supervisory (48/1999) or a custodian authorised Authority finds or suspects that Financial under the said Act; ( ). 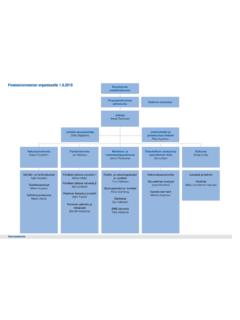 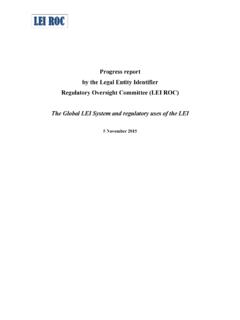 Transnational Crime and the Developing World - … 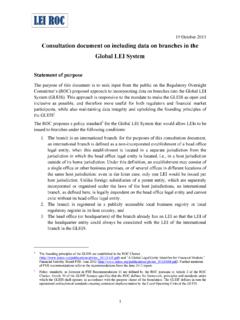 LEI ROC 1 19 October 2015 Consultation document on including data on branches in the Global LEI System Statement of purpose The purpose of this document is to seek ... 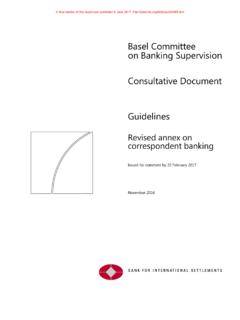