2 Examples of various degrees of sophistication will be presented, without focusing on the validation aspect as such. The models are brie y introduced (phase averages, N-phase, interface tracking, Lagrangian particle tracking and granular ow model). Keywords: CFD, CMFD, multiphase , N-phase, turbulence INTRODUCTION methane and light components of oil, which could be remedied through the injection of additives like methanol or hot water. M. ultiphase ows appear in various industrial processes and in the petroleum industry in particular, where For all these phenomena, high- delity predictive CFD/CMFD. oil, gas and water are often produced and transported methods are sought to be applied in connection with laboratory together.

3 [1] During co-current ow in a pipe the multiphase ow experiments and prepare for safety prevention systems. This is topology can acquire a variety of characteristic distributions called true for ow assurance modelling, in particular as to subsea oil ow regimes, or ow patterns, each featuring speci c hydrody- production and transport, and in other enhanced oil recovery namic characteristics ( bubbly, slug, annular, mist, churn), systems, including using steam or Carbone Dioxide injection in depending on the phasic volumetric ow rates. In addition, the wellbores. At the downstream level, say when use is made of the relative volumetric fraction of the phases can change along the treated gas for energy production, various technical issues still pipes either because of heat addition from outside, heat exchanges pertain, as in the gas turbine combustion sector, where ADVANCED between the phases or ashing due to depressurisation.

4 Some of CFD is also required to optimise the fuel injection, atomisation these hydrodynamic features are clearly undesirable particularly and mixing processes. in the hydrocarbon transportation systems, for example slug ow, which may be harmful to some operations components. Such mul- COMPUTATIONAL multiphase FLOW. tiphase ows exist in oil and gas pipes to and from the reservoir, Computational multiphase ow for various industrial sectors ( too. Indeed, in extraction and injection processes of oil and gas process and chemical engineering and thermal hydraulics of to and from reservoirs, multiphase mixtures of oil, natural gas nuclear reactors in particular) has gone through successive tran- and water (and also CO2 in Carbon capture and sequestration, sitions, motivated by new possibilities, needs and developments.)

5 CCS and enhanced oil recovery, EOR) is piped between the reser- The rst real transition triggered in the 1980s focused on gradually voir and the surface. A good knowledge of the uid mechanics removing the limitations of lumped-parameter 1D modelling by in general and ow distribution there should have a signi cant further developing the two- uid model for 3D turbulent ow pro- impact on the well productivity (in EOR), well storage capacity blems. This is now the state-of-the-art. The advent of the so-called (in CCS), production costs and equipment size. Further, new pos- Interface Tracking Methods (ITM) in the late 1980s, which per- sibilities and challenges for ADVANCED computational multiphase mit to better predict the shape of interfaces while minimising the ow (called CMFD) are offered today in ow assurance where modelling assumptions for momentum interaction mechanisms, various complex issues in particular as to the transport appear has somewhat shifted the interest towards a new transition.

6 The and need to be addressed. most recent transition is now underway: it speci cally centres on The complexity of multiphase ows in pipes increases with the the use of these new SIMULATION techniques (ITM) for practical presence of solid particles, including sand and black powder in cases. But this latest transition poses interesting challenges and gas pipelines. Particle-induced corrosion in oil and gas pipelines raises speci c questions: how to migrate from averaged two- uid made from carbon steel occurs often, which requires the removal of pipe segments affected incurring extra costs and break in the distribution. To this we can add the catalytic reaction between the Author to whom correspondence may be addressed.

7 Uids and the pipe internal walls, including electrochemistry and E-mail address: water chemistry.[2] Black powder deposition may lead to the for- Can. J. Chem. Eng. 9999:1 14, 2013. mation of particle slugs in the pipes that can also be harmful to the 2013 Canadian Society for Chemical Engineering DOI operations. Further complexities may appear when phase change Published online in Wiley Online Library between the uids occurs like the formation of hydrates from ( ). | VOLUME 9999, 2013 | | THE CANADIAN JOURNAL OF CHEMICAL ENGINEERING | 1 |. formulation modelling to more re ned interface tracking predic- The combination IST/BMR saves up to 70% grid cells in selec- tion (or combine them when necessary, and from steady-state ted 3D problems and allows solving conjugate heat transfer and Reynolds averaged modelling to unsteady large-scale turbulence rigid-body motion problems.)

8 SIMULATION . The transition is not a matter of availability of compu- tational power and resources only, but a question of adequacy of Phase Average Models (Homogeneous Algebraic Slip Approach). code algorithmic, complex meshing and proper modelling of the In the Homogeneous Algebraic Slip model[7] applied to gas liquid underlying ow physics. The transition issue is well discussed systems, the transport equations are solved for the mixture quan- by Lakehal[3] though for another industrial context, but for which tities (subscript m) rather than for the phase-speci c quantities the same modelling and simulations techniques and models apply. (subscripts G and L): The oil and gas sector has not really been the subject to any of k k u k.

9 These transitions; the iron-cast consensus is to use 1D Mechanistic um = ; m = k k Model codes[4,5] like OLGA or LedaFlow.[6] This is understandable m k=G,L k=G,L (1). when it comes to slug ow prediction in a 100 miles oil pipeline, k k Yk = ; uD = uG um certainly not for local component scale uid dynamics, where m the modelling accuracy is highly questionable due to the myriad of model uncertainties introduced by averaging, a part from the where u, , , Y and uD are the velocity, density, volume fraction, uncertainties brought by the experimental correlations. mass fraction and slip velocity, respectively. This implies that one Our objective here is to portray the large picture of multiphase mixture momentum equation is solved for the entire ow system, ow in the gas and petroleum engineering, and introduce the state reducing the number of equations to be solved in comparison to of the art in treating these using ADVANCED CFD and CMFD, which the two- uid model: could plan an important role besides 1D mechanistic models.

10 The examples selected are prototypes only, selected for their speci- t m + ( m um ) = 0 (2). c physical complexity. While ow assurance engineers are used to 1D system codes we aim with this note to draw the atten- t ( G G ) + ( G G (um + uD )) = 0 (3). tion to other ongoing parallel efforts, be they more expensive in terms of computational resources, and to the needs of comple- . ting ( using 3D codes to infer closure models for 1D codes) or YG. t ( m um ) + m um um + uD uD . coupling these system codes with CFD/CMFD. Greatly improved YL m predictive capabilities for multiphase ow and heat transfer are . = 2 G G DG + 2 L L LD + m g (4). today offered by CMFD, in particular through the use of Inter- face Tracking Methods (ITM), which minimise the modelling Closure models are required for the slip velocity (uD ) and asso- efforts. 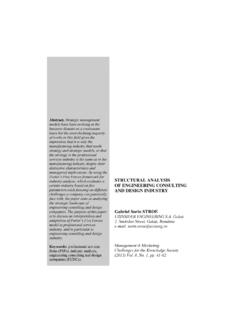 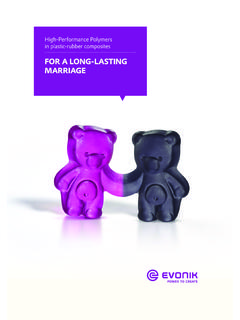 FOR A LONG-LASTING MARRIAGE - vestamid.com