INTRODUCTION ii The Aerospace Dimensions module, Air Environment, is the third of six modules, which com- bined, make up Phases I and II of Civil Air Patrol's Aerospace Education Program for cadets. Each module is meant to stand entirely on its own, so that each can be taught in any order.

2 Each module is meant to stand entirely on its own, so that each can be taught in any order. This enables new cadets coming into the program to study the same module, at the same time, with the other cadets. This builds a cohesiveness and cooperation among the cadets and encourages active group participation. This module is also appropriate for middle school students and can be used by teachers to supplement STEM-related subjects. Inquiry-based activities were included to enhance the text and provide concept applicability. The activities were designed as group activities, but can be done individually, if desired. The activities for this module are located at the end of each chapter, except chapter one.

4 Is a blanket of air made up of a mixture of gases that surrounds the Earth and reaches almost 350 miles from the surface of the Earth. This mixture is in constant motion. If the at- mosphere were visible, it might look like an ocean with swirls and eddies, rising and falling air, and waves that travel for great distances. Life on Earth is supported by the atmosphere, solar energy, and the planet's magnetic fields. The atmosphere absorbs energy from the Sun, recycles water and other chemicals, and works with the electrical and magnetic forces to provide a moderate climate. The atmosphere also protects life on Earth from high energy radiation and the frigid vacuum of space.

5 COMPOSITION OF THE ATMOSPHERE. In any given volume of air, nitrogen accounts for 78 percent of the gases that comprise the atmosphere, while oxygen makes up 21 percent. Argon, carbon dioxide, and traces of other gases make up the remaining one percent. A variable amount of water vapor can also be present, and this amount can be responsible for major changes in our weather. Apollo 17 view of Earth 1. ATMOSPHERIC LAYERS. Certain levels of the atmosphere can be identified according to general characteristics, such as temperature distribution and physical and chemical properties. There are four distinct regions or lay- ers of the atmosphere where the temperature distribution is different enough to justify a different name.

6 The first layer, known as the troposphere, extends from sea level up to 20,000 feet over the poles and to 55,000-60,000 feet over the equatorial regions. Most of the atmosphere is contained in this re- gion, and the vast majority of weather, clouds, storms, and temperature differences occur here. Tem- peratures within the troposphere decrease with an increase in altitude at a fairly constant rate. This temperature decrease is generally accepted to be at a rate of about F or 2 C for every 1,000 feet of altitude gain. This is called the standard lapse rate for temperature. At the top of the troposphere is a boundary known as the tropopause, which is the dividing area between the troposphere and the next layer.

7 The altitude of the tropopause varies with latitude and with the season of the year. The next region of the atmosphere is the stratosphere, which extends from the tropopause to a height of about 160,000 feet or about 30 miles. Little weather exists in this layer and the air remains stable although certain types of clouds occasionally exist in it. The temperature actually gets warmer with an increase in altitude; usually moving from a temperature of -76 F to about -40 F. The U-2. aircraft pictured on the next page is an example of a airplane that routinely flies in the stratosphere. The next atmospheric region is the mesosphere. The mesosphere extends from beyond the strato- sphere to about 280,000 feet or from about 30 to 50 miles.

8 At first, the temperature increases in the mesosphere, but then it decreases at the top of the layer to about -130 F. Finally, the last region identified by temperature differences is the thermosphere. It begins at about 50 miles up and ex- tends to about 300 miles. Here, the temperature increases again. How much it increases depends on solar activity, but it is usually between 1,380 F and 2,280 F. The four layers of the atmosphere 2. There are two atmos- pheric regions that can be described by the physical and chemical processes that occur within them. First, there is the ozonosphere. It extends from about 10 to 30. miles in altitude. In this re- gion, the Sun's radiation re- acts with the oxygen molecules and causes them to pick up a third atom, cre- ating ozone.

9 The ozonos- phere performs the very important function of shield- ing us from ultraviolet and infrared radiation. The majesty of our atmosphere with the Moon barely visible in the distance The next region described Images courtesy of NOAA. by these physical and chemi- cal processes is the ionosphere. This region begins at an altitude of about 25 miles and extends out- ward to about 250 miles. Because of the interactions between atmospheric particles and the Sun's radiation, there is a loss or gain in the electrons of the atoms and molecules, and thus the word ion.. ONE OF THE MOST FAMOUS SPY PLANES OF ALL TIME, THE LOCKHEED U-2. This airplane routinely flies at extremely high altitudes into both the tropopause and stratosphere layers.

10 3. Learning Outcomes - Describe how the Sun heats the Earth. 2. - Describe the Earth's rotation and revolution, and its effect on the Earth's seasons. - Explain the various theories of circulation. - Describe Coriolis Force. - Define the jet stream. Important Terms autumnal (fall) equinox - the time when the Sun's direct rays strike the equator resulting in day and night of equal length, usually on September 22nd or 23rd Coriolis Force - winds associated with the Earth's rotation that deflect a freely-moving object to the right in the Northern Hemisphere doldrums - a global area of calm winds global winds - the world-wide system of winds that transfers heat between tropical and polar regions jet stream - a strong wind that develops at 30,000-35,000 feet and moves as a winding road across the US. 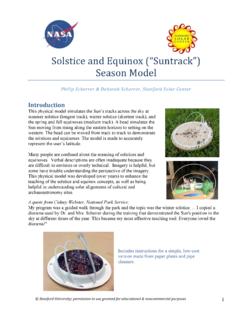 Sun Track Model 4 Winter solstice was of particular interest to many pre-technological cultures. Because the Sun rose and set at a very southern/low point, people were concerned that it might continue its southward journey,

74 CHAPTER 3 † EARTH–SUN RELATIONSHIPS AND SOLAR ENERGY Sun Angle, Duration, and Insolation Understanding Earth’s relationships with the sun leads us directly into a discussion of how the intensity of the sun’s rays varies from

The rugged, untamed natural beauty of coastal Maine is the driving force behind The Spa at Cliff House, a sanctuary of wellbeing that invites you

The use of RA and Dec to locate objects in the celestial sphere There are two coordinates that allow to locate an object in the sky: Azimuth and 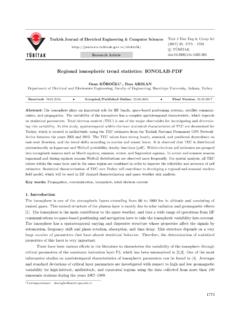 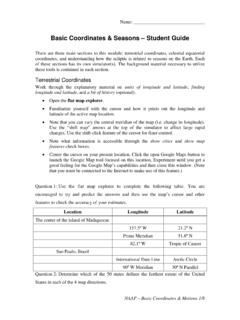 NAAP – Basic Coordinates & Motions 2/8 Direction State North South East (there are two ways of thinking about this) West . Question 3: The exact coordinates of … 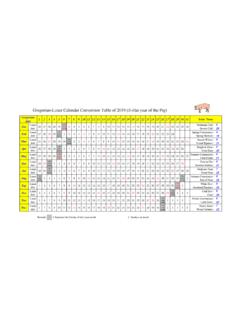 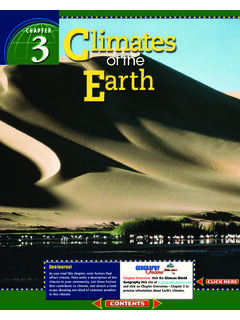 Chapter 3: Climates of the Earth

Chapter 3 57 its longest day of sunlight. This date, known as the summer solstice, marks the beginning of summer in the Northern Hemisphere. By about September 23, the earth has moved so that the sun’s rays directly strike the Equator