2 For almost two decades now AFRICAN THEOLOGY has acknowledged the need to broaden its scope in accordance with Mosala's recommendations. This was even before Mosala himself started thinking about or writing on BLACK THEOLOGY . Through their involvement in the Ecumenical Association of Third World Theologians AFRICAN theologians are working with other theologians to find ways of addressing common issues, particularly those that keep all third world countries and their people under various forms of bondage and suppression. As far as BLACK THEOLOGY in South Africa is concerned. there are two classical positions on this recommendation in this country, One of the positions is in agreement with, while the other is opposed to, tbe idea of reappropriating AFRICAN culture, albeit critically.

3 There is also a third ten- dency, which proceeds with its work merely along the "traditional" approach Prof. Mokgelhi Motlhabi teaches in the Dept. of SYSlematic THEOLOGY and lneological , Ethics at the University of South Africa. lIumcleng Mosala, ''The Relevance of AFRICAN Tradilional Religions and Iheir Challenge 10. BLACK THEOLOGY ;' in The Uflqll('$tiOfloble RigllJ /0 Be Fru, edited by ltumeJeng 1. Mosala and Duti llhagale (Maty\:floll, : Orbis nooks, 1986), p. 99. Journal Of BLACK TMoIogy in South Africa 8:(2) (November) 1994: 113 141 113. to BLACK THEOLOGY in South Africa. as if the issue raised by the two positions is irrelevant. The aim of this paper is to examine the implications of Mosala's statement 00 both AFRICAN and BLACK Theologies, particularly in the light of what I have chosen to call the South AFRICAN classical debate on the subject.)

4 The position adopted here is. naturally, in agreement with Mosala's position. However, it goes a step further. It draws the logical conclusion that if South AFRICAN BLACK THEOLOGY is to extend its scope of reflection to traditional and current religio-cultural aspects, on the one hand, and AFRICAN THEOLOGY to contempo- rary liberation concerns, on the other, then there would be no need to have two main, distinct "indigenous" theologies on the AFRICAN continent. What would be needed would be a single THEOLOGY , baving common concerns, but responsive to the particular needs of different situations and conditions expe- rienced in dilferent AFRICAN countries. The question is. which of the two the- ologies will it be - BLACK THEOLOGY or AFRICAN THEOLOGY ? This question leads us back to one of the early questions regarding Blad THEOLOGY in this coun- try.

5 It was raised by Manas Buthelezi in an article entitled: "A BLACK THEOLOGY or an AFRICAN THEOLOGY PI"). The answer given to this question will itself lead to further impliC&tions, namely, the need for the Iheology selected as the more fitting to deliberate on and to adjust to a new scope, content, and method of engagement. In scope it will have to cover the issues addressed by the present BLACK THEOLOGY and AFRICAN THEOLOGY combined, and more. In content it will obviously transcend the present Christian theological and Christological considerations to include considerations of the THEOLOGY of AFRICAN religion, with all its relevant belief aspects and how they relate as well as contribute to Christian faith and THEOLOGY . As rar as its method is concerned, it will be all at once radical (in the literal etymological sense of going to the roots of and appropriating aspects of AFRICAN cullUre and beliefs); contextual (in the sense of addressing current and immediate concerns, whatever their nature); and liberative (in the sense of being engaged in struggle for liberation from the trilogy of contemporary causes of human suffering and oppression, 3 See Manas , "A Diad: THEOLOGY or an AFRICAN THEOLOGY ," in Ess4y$ on B/Dck T1t Jiogy, ediled by Mokgelhi Motlhabi (Johannc:sbura: University Quulian Movemenl, 1m).

6 114 MOI/habi sexism). The present paper hopes to offer a minor contribution in lhe discus- sion, if only to revive the debate that has seemingly become dormant today. 1 THE "CLASSICAL" DEBATE. The "classical" debate on BLACK THEOLOGY and AFRICAN THEOLOGY originates in the article by Manas Buthelezi already referred to. He extended this article under a different title later. 4 An indirect response to Buthelezi comes from Desmond Tutu - indirect because the two theologians were not consciously engaged in an open debate but were writing under various settings and re . sponding to various theological challenges. A BLACK THEOLOGY or an AFRICAN THEOLOGY ? While Buthelezi's original article poses a question with two alternatives - "A. BLACK THEOLOGY or an AFRICAN THEOLOGY [?I" - Tutu's article places the two theologies side by side but, in turn, poses its own question in the subtitle: "Soul Mates or Antagonists?]

7 " Buthelezi's challenge focuses on two kinds of approach to THEOLOGY - with specific reference to AFRICAN and BLACK Theologies - which he identifies. The first approach, which he attributes to AFRICAN THEOLOGY , he refers to as the "ethnographical approach." The sec- ond, followed by BLACK THEOLOGY , is referred to as the "anthropological ap- proach." Buthelezi is strongly opposed to the ethnographical approach for a number of reasons. Instead, he favours the anthropological approach, as will soon be seen why. The major reason for his opposition to the former, apart from seeing it as suspect because it was, in his opinion, conceived by foreigners (missionaries). and not by Africans themselves, is that it is based on false assumptions. It uses as its point of departure "elements of the traditional AFRICAN \ In doing so, it assumes that 4 Sec.

8 Manas Bulheleli, " TOWARD Indigenous THEOLOGY in South Africa," in 170ird World Theologia: A Reader, edited by Deane William Fenn (Maryknoll, : Orbi5. Boob, t986), pp. 205rr. AFRICAN 17leology Or BLACK 17leology? 115. by analyzing and characterizing cultural factors with regard to their historical development in the AFRICAN church milieu, it becomes possi- ble by means of the 'sifting' medium of the gospel to root out 'unchristian' practices and 'baptize' those that are consonant with the Gospel.'. However, as ethnography is, by defmition, concerned with the "cultures of noo literate peoples" (Kroeber), the kind of AFRICAN worldview brought up for analysis becomes an "ethnographical reconstruction." The question is whether such a reconstruction - notwithstanding the enent of its accuracy - can be regarded as a ''valid , postulate" for AFRICAN THEOLOGY .

9 It is "too pre- sumptuous," according to Buthelezi, "to claim to know how much of their past will allow to shape their future, once they are given the chance to participate in the wholeness of life, that the contemporary worJd offers.'06. Buthelezi's main fear is that such an ethnographically reconstructed AFRICAN past may be "romanticized and conceived in isolation from the realities of the present."1 Such realities, for South Africans, include deprivation, socio- political and economic oppression and the suffering of BLACK people, as well as the need to struggle tirelessly against these evils for total human libera- lion. To engage in such struggle a different approach to THEOLOGY is required. This is what Buthelezi refers to as the anthropological approach. While the chief concern of the ethnographical approach is the AFRICAN worldview (res indigintu), the anthropological approach focuses on persons themselves and on how they can work TOWARD their own liberation and fulrtllment as human beings.

10 It focuses on the causa efficiens of THEOLOGY .' Buthelezi concludes that inasmuch as AFRICAN THEOLOGY is identified with the former approach, it can . not be a suitable THEOLOGY for South AFRICAN BLACK people. Since BLACK THEOLOGY answers to the requirements of the anthropological approach, it is the proper theological method for South Africa.'. At the time when Buthelezj flfst wrote his essay, AFRICAN THEOLOGY was still almost exclusively concerned with issues of indigeoization and Africanization 5 Ibid., p. 208. 6 Ibid., p. 212. 7 Ibid., p. 210. B Ibid., pp. 21>214. 9 Ibid., p. 220. 116 Mot/habi in the "traditional" sense. There was, at the same time, confusion about the precise meaning of the term "indigenizatioo" itself. Did it mean tbe mere translation of Christianity or the Gospel as it was received from the mission- into the AFRICAN idiom and forms of expression? 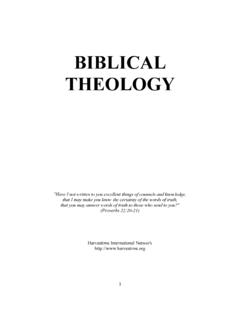 3 AN INTRODUCTION TO THEOLOGY THE DEFINITION OF THEOLOGY The word "theology" comes from two Greek words, theos meaning "God" and logos meaning "the word about" or "the study of" God as He is revealed in the Scriptures. 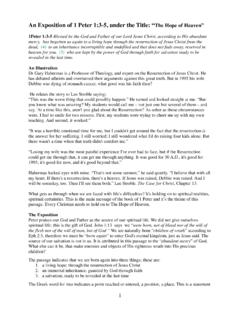 1 An Exposition of 1 Peter 1:3-5, under the Title: “The Hope of Heaven” 1Peter 1:3-5 Blessed be the God and Father of our Lord Jesus Christ, according to His abundant mercy, has begotten us again to a living hope through the resurrection of Jesus Christ from the

FR.ROGER J. LANDRY, SUMMARY OF JOHN PAUL II’S THEOLOGY OF THE BODY PAGE 3 Becoming one flesh is a way to discover their own humanity, in original unity and duality of mysterious mutual attraction. Sex is a new surpassing of limit of man’s bodily solitude and …

Theology, Body, Theology of the body 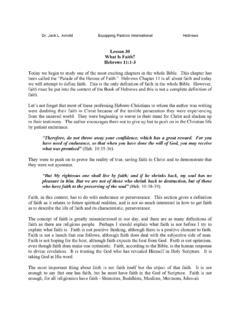 Dr. Jack L. Arnold Equipping Pastors International Hebrews Lesson 30 What Is Faith? Hebrews 11:1-3 Today we begin to study one of the most exciting chapters in the whole Bible. 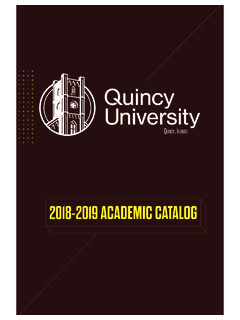 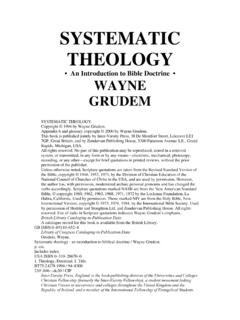 of the chapters can be read on their own, so that someone can begin at any chapter and grasp it without having read the earlier material. Introductory studies do not have to be shallow or simplistic.

Theology, An Exposition of 1 Peter 1, Hope, THEOLOGY OF THE BODY, 30 What Is Faith? Hebrews 11, An Introduction to Bible Doctrine • WAYNE