2 October 2016 Minor clarifications to guidelines (no policy changes made). January 2016 First update of Adviser Remuneration and conditions revised Short Term Adviser rates and leave arrangements, and introduction of Mobility Allowance Supplement. August 2015 Simplified approval processes for Adviser rates above Market Reference Point. July 2014 Updated due to integration of AusAID with DFAT. February 2012 Updated Professional Discipline Groups B and C. October 2011 Clarified that the ARF applies to positions where the expertise cannot be sourced locally, and it does not apply to locally engaged advisers. Also included a step by step guide for using the Framework . February 2011 ARF released 3 1. Applying the ARF The Aid Adviser Remuneration Framework (ARF) mandates that all Advisers are paid in accordance with the prescribed set of rates, allowances and support costs outlined in this document. It applies to all methods of procurement, including open, prequalified or limited tender.

3 The ARF applies to all Advisers who are contracted both: Commercially either directly by DFAT, or through a managing contractor (including through non-government organisations, if the basis of the funding agreement with DFAT is a commercial contract); and Internationally where Adviser positions are classified as international because the required expertise is unlikely to be able to be sourced locally. The nationality of the Adviser has no bearing on Remuneration ( If an Indonesian citizen wins an internationally classified Adviser position in Indonesia, then the ARF rates apply. Similarly, if an expatriate wins an advisory position advertised locally, they would be remunerated in line with advertised local labour market rates, and not the ARF). However the rates paid for nationally recruited positions must not exceed the ARF Market Reference Point. Salary and allowances paid to aid advisers engaged directly or indirectly under Australian Government contracts must be paid in accordance with the ARF, regardless of source of funding ( in case of any supplementary funding by Partner Government and/ or other donors).

4 Payment of rates or allowances above the amounts prescribed under ARF must be approved by the Relevant Delegate. In this Guideline, the use of the term must indicates a process that is mandatory. The use of the term should suggests good practice, and it is recommended that the practice be applied unless there are good reasons not to. 2. Definition of an Adviser for applying ARF An Adviser is an individual who provides advice on the strategic direction or implementation of the Australian aid program. This includes individuals who provide: technical expertise and advice to counterpart governments and/or other in-country development partners; technical advice to DFAT on the delivery of the aid program; or leadership and oversight or technical inputs for the delivery of an DFAT project, but does not include: locally engaged staff employed in non-specialist roles, including staff engaged in administrative or logistical roles; Australian government officials (including those in advisory roles) engaged through employment contracts on Australian Public Service terms and conditions; Advisers procured and engaged by partner governments, bilateral or multilateral organisations, using these agencies own procurement processes; individuals engaged in humanitarian and emergency response missions at times of crisis; Volunteers; and Grant recipients.

5 3. Classifying the Adviser Position The Terms of Reference (TOR) for an Adviser position must be classified according to the ARF, based on the Professional Discipline Categories A to D (field of expertise), Job Levels 1 to 4 (level of expertise) and the duration of engagement (short term or long term). Additionally, the TOR should: define the objectives, deliverables and outcome/s required - the position should represent value for money for Australia and country partners. If the Adviser position is part of a wider development activity, the TOR should clearly show its contribution to achieving activity objectives; 4 identify the full set of technical and capacity skills, cultural and language requirements and personal attributes required (these should be incorporated into the selection criteria for the position); and describe the position s performance management and reporting arrangements (in the first instance, the Adviser should be accountable to, and managed by, the organisation/s in which they are working).

7 When determining the suitability of an individual for an Adviser position, the number of years of experience within the Job Level should serve as a guide, and only experience relevant to the role should be considered. Duration of Engagement A short term engagement is one that extends for a period of less than six months of continuous inputs1 within a single contract. If an Adviser is engaged for multiple assignments of less than six months duration under a contract, then their total cumulative input during the contract may exceed six months and still be considered short term. Short Term Advisers are paid a daily rate, according to the tables at Attachment C. A long term engagement occurs when an Adviser is engaged for a period of six months or more of continuous inputs. Long Term Advisers are paid a monthly rate, according to the tables at Attachment D. Long term Advisers may be engaged on a part-time basis, in which case pro-rata rates will be payable. The tables at Attachments C and D specify the daily/ monthly rates payable according to the relevant Professional Discipline Category and Job Level.

8 These rates are inclusive of superannuation (if any) and base salary. Long Term Adviser rates are also inclusive of private transport costs and paid annual leave of up to thirty (30) days per annum (20 days recreational, and up to 10 days personal). This is inclusive of annual recreational leave, sick leave, carer s leave and travel time (embarkation/ disembarkation) incurred in accessing leave. Advisers may purchase additional leave (in excess of the 30 day allowance) on a pro-rata basis. Where Long Term Advisers are based in remote locations, DFAT may at its discretion, approve flexible working arrangements ( three weeks on, one week off). These arrangements must be approved by the relevant Delegate responsible for the budget from which the Adviser is paid. The Professional Discipline Category and Job Level describe the requirements of the role, not a particular individual s skills or work history. Therefore Advisers must be paid as per classification of their role, not according to an individual s skills and experience.

9 So, for example, an Adviser may have qualifications and experience that allow them to be paid at C4 level, but if the role has been assessed at C3 Level then this is the rate at which they should be paid. This means that an Adviser may be paid differently for each engagement depending on DFAT s requirements. An Adviser s Remuneration rate is specified in the relevant contract and is valid for the duration of the contract, regardless of any changes to ARF rates that may be made subsequent to the contract being signed. Proposed Remuneration rates must not exceed the rates specified in the ARF, unless approved by the relevant DFAT delegate (see Attachment H). 1 If engagement of a Short Term Adviser input requires unforeseen extension beyond six months of continuous work, the work beyond the six month point should be paid at long term rates (and pro rata if less than one month). 5 4. Applying Pay Scales There are three sets of pay scales under the ARF: i.

10 Entry Rate to Market Reference Point (MRP) Advisers who meet the requisite level of skills and experience identified in the TOR would normally be paid at or below the Entry Rate2. Advisers with additional skills and experience which are relevant to the position may be offered a rate up to the MRP. ii. MRP to Maximum Pay Point (MPP) (Premium Rates) To engage an Adviser at Premium Rates ( between the MRP and MPP), the approval of the relevant DFAT Assistant Secretary (AS) or Minister-Counsellor (SES Band 1) must be obtained (see Attachment H). DFAT officers must submit a business case for the Delegate s approval demonstrating either scarce skills and/ or outstanding past performance. In order to accept tender proposals with Premium Rates, the Delegate s approval must be sought prior to the release of the Approach to Market. Where application of an escalator lift s the Remuneration of an Adviser into Premium Rates, approval must be sought from the relevant delegate prior to contract execution. 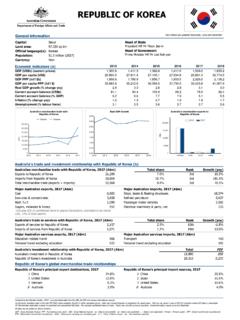 REPUBLIC OF KOREA - Department of Foreign … 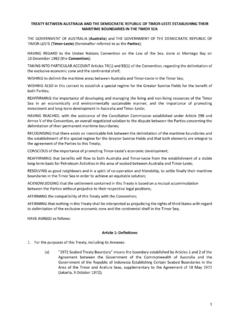 THE GOVERNMENT OF AUSTRALIA ( Australia) and … 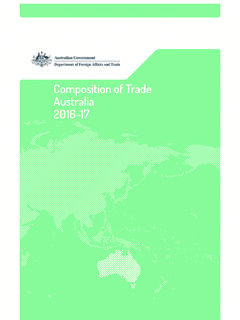 Composition of Trade - Department of Foreign … 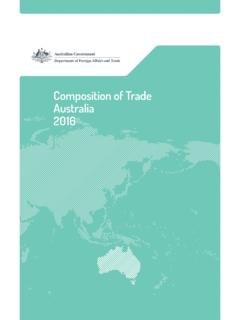 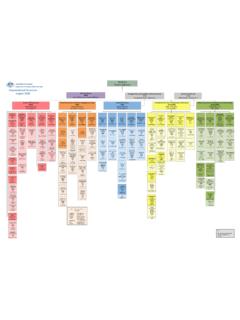 ROADS for DEVELOPMENT ROADS FOR …

R4D ROADS for DEVELOPMENT VANUATU ROADS FOR DEVELOPMENT PROGRAM INDEPENDENT EVALUATION Final Report 12 April 2017 Disclaimer This publication has been funded by the ... 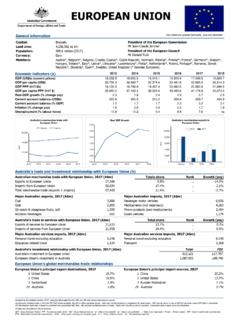 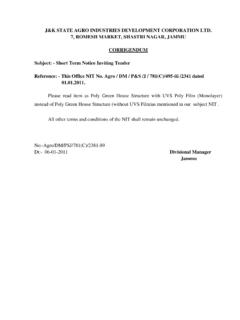 SHORT TERM TENDER NOTICE FOR PROCUREMENT OF MEDICAL EQUIPMENTS 5 | Page the Tender, and are willing to abide by these tender … 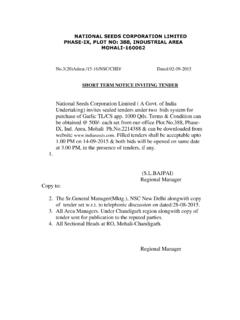 :-2:- OTHER TERMS AND CONDITIONS ; 1. Tenders shall be submitted to NSC in the tenderers letter head using the enclosed “offer format” prescribed by NSC for supply of of Garlic variety YS-1(G- 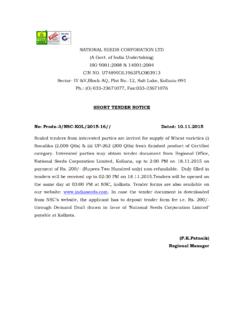 drawn in favour of ‘National Seeds Corporation Limited’, payable at Kolkata.Tender without EMD will be rejected.Exemption for submission of EMD will not be entertained in any case.EMD of unsuccessful tenderers, except the lowest bid(s) whose offers total to 100% tendered quantity, will be 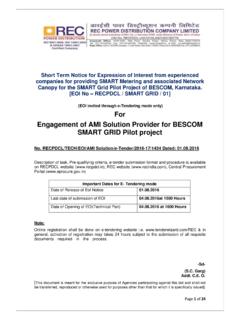 Short Term Notice for Expression of Interest from ...

Page 1 of 24 Short Term Notice for Expression of Interest from experienced companies for providing SMART Metering and associated Network Canopy for the SMART Grid Pilot Project of BESCOM, Karnataka. 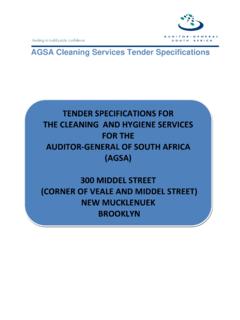 Short UCC Page 1 The Uniform Commercial Code has been enacted as a statute in every state except Louisiana. The following sections are taken from the Texas statute. 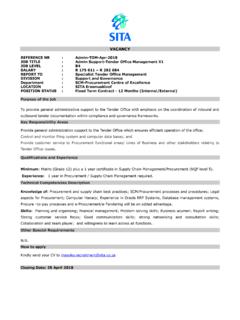 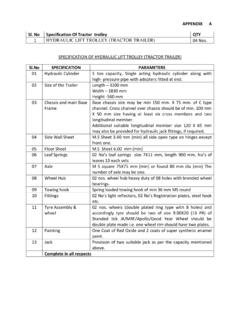 APPENDIX A Sl. No Specification Of Tractor trolley …