4 C. Brian Geise-Variance Request A request for variance submitted by Brian Geise, 23523 330 Street, Albany MN 56307 from sections 6; ; ;C of the Albany township Town Road Construction Standards Ordinance number 2009- 01 to build an additional approach on a two acre plot and to have it within 75 feet of two additional approaches. Recommendation from the Planning Commission is to remove existing driveway and create a new approach giving him access to the house/garage and the new shed. To build the new storage shed, Geise will need to swap land with Ryan Pratt to give him the needed set backs on the west side of his property. At this time there is a power pole in front of the house which makes removing the existing driveway difficult. Supervisor Pelzer-requested to have the power pole moved and create the one approach. Brian Geise-is trying to use what he has to the best of his ability, and is not interested in moving the power pole.

5 Supervisor Nierenhausen-would it work to have Pratt share the field approach? Brian Geise, this would be at an angle making it impossible to drive in his semi. A motion to approve the variance to allow the additional approach was made by Supervisor Rosen, seconded by Supervisor Nierenhausen, vote Nierenhausen-yes, Rosen-Yes, Pelzer -No, Motion carried. OPEN FORUM -None ROAD REPORT. a. Road Report-Supervisor Nierenhausen Roads are in good condition 251 Street-work on the culvert has been completed. The 16 inch culvert was enlarged to an 18 inch, it was placed at an angle to accommodate the drainage ditches. The west end will need some packing, but work looks good. St. Anna Drive-the township received a call stating there was a hole through a culvert. This needed immediate attention, Kotzer excvating was called and work was completed. 375 Street-culvert needs to be replaced-both culverts will be checked.

8 D. Dust Suppressant Suppressant will be applied at a full rate (.3%) on the south west quarter where the roads have been newly. Suppressant will be applied to the south east quarter at a reduced rate (.2%) where the roads were graveled in 2015. Contract and map will be completed prior to application starting. e. Road Grading Billing The township is requesting Sunnybrook give more complete grading reports. The time sheets provided by the township is to be completed by the person doing the grading. f. Removal of Brush on Northridge Circle/ 322 Street Letters were sent to all residents to advise them of the removal of Brush/Trees in the right-of-ways. At this time we have had no response. They have until June 20 to respond. g. Right of Way cutting Supervisor Pelzer has heard from Math Schmitz, cutting will occur the week of June 6. h. Road Graveling Kotzer Excavating reports that graveling the roads will begin this week I.

9 St. Anna Drive The area where crushed cement was placed is creating dust and will need about 10 loads of gravel to cover. A motion to have Kotzer Excavating place 10 loads of gravel on St. Anna Drive was made by Supervisor Pelzer, seconded by Supervisor Rosen, motion carried unanimously. j. Orchard Road The culvert under Orchard Road is again washing out. Kotzer will redo the culvert at no expense to the township . k. Weed report Supervisor Pelzer will start the road tours with the weed inspector this month. We will only be needing to spray once per year. PLANNING COMMISSION. a. monthly report-Supervisor Rosen For the two variances it was necessary to have a public hearing. The meeting was posted/published and held on May 19. Work is continuing on updating the TDR for our ordinance. Permits Aurora Solar, 23505 360 Street-request for approach with culvert County Issued; Brian Simon 37377 Cty Road 10-one bedroom addition, in shore land c.

10 Administrative Splits/Varinces-See above OLD BUSINESS. a. CJK Haul Road Contract Supervisor Nierenhausen has had contact with an Engineering firm and will have the information for the June meeting . b. Review of Right-of-way Ordinance c. Paving Ordinance A motion to table the work on these ordinances to the June meeting was made by Supervisor Pelzer, seconded by Supervisor Rosen, motion carried unanimously. NEW BUSINESS. Our existing fireproof file cabinet is full and a new one is needed. A motion to approve Clerk Noll purchasing a new fireproof file cabinet was made by Supervisor Rosen, seconded by Supervisor Pelzer, motion carried unanimously. OFFICER REPORTS. Clerk Noll gave a report on the spring County Officers meeting Supervisor Pelzer-received complaint of 330 street being used as a haul road by Scepaniak, He spoke with the contractor and requested they no longer use it. 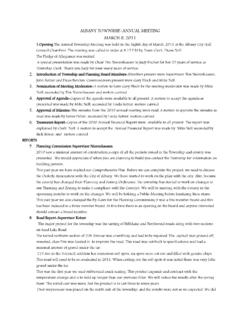 ALBANY TOWNSHIP-ANNUAL MEETING MARCH 8, 2011 1.Opening The Annual Township Meeting was held on the Eighth day of March, 2011 at the Albany City Hall 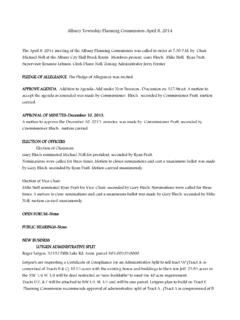 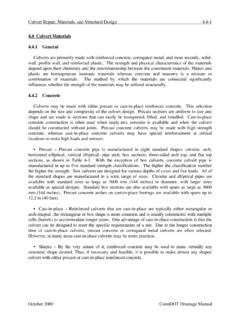 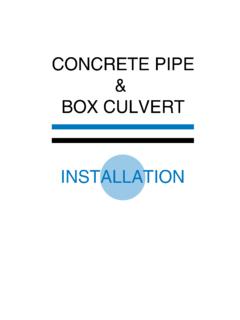 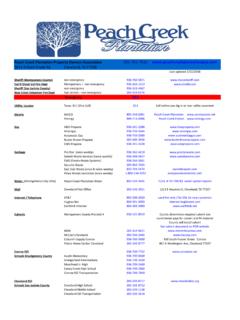 12 MONTH LOOK‐AHEAD BY DISTRICT AND … DIVISION 200 GRADING AND REMOVALS Sec 201 Clearing and Grubbing Sec 202 Removal of Roadways and Buildings Sec 202.10 Plugging and Closure of Wells