ALL INDIA bank PENSIONERS . &RETIREES confederation . ANDHRA PRADESH & TELANGANA STATES UNIT (Unit of AIBOC). C/O. bank OF INDIA OFFICERS' ASSOCIATION, PTI BLDG, GUARDS, HYDERABAD Mobile:9392485024. Email: Website: Circular NO: 6/2015. Hyderabad, Dear Comrades, UFBU IBA WAGE TALKS. SUB COMMITTEE MEETING 16/03/2015. We hereby reproduce our AIBOC Circular No. 18/2015 dt. on Sub Committee Meeting on IBA Other Issues for your information and circulation to your members: Quote: The second meeting of the Sub-Group to discuss Charter of Demands of the Officers' Association was held on 16th March, 2015, at IBA office at Mumbai. IBA was represented by Sh. Ashwani Kumar, the CMD of Dena bank and Chairman of the Sub-Committee, Sh.

1 ALL INDIA bank PENSIONERS . &RETIREES confederation . ANDHRA PRADESH & TELANGANA STATES UNIT (Unit of AIBOC). C/O. bank OF INDIA OFFICERS' ASSOCIATION, PTI BLDG, GUARDS, HYDERABAD Mobile:9392485024. Email: Website: Circular NO: 6/2015. Hyderabad, Dear Comrades, UFBU IBA WAGE TALKS. SUB COMMITTEE MEETING 16/03/2015. We hereby reproduce our AIBOC Circular No. 18/2015 dt. on Sub Committee Meeting on IBA Other Issues for your information and circulation to your members: Quote: The second meeting of the Sub-Group to discuss Charter of Demands of the Officers' Association was held on 16th March, 2015, at IBA office at Mumbai. IBA was represented by Sh. Ashwani Kumar, the CMD of Dena bank and Chairman of the Sub-Committee, Sh.

2 Shailesh Verma, Chief General Manager, SBI, Sh. Tanksale, CEO, IBA, Sh. K. Unnikrishnan, Dy. CEO, IBA, Sh. Chauhan, Senior Vice President, IBA and other officials. AIBOC was represented by Com. Y. Sudarshan and the undersigned. General Secretaries of other three officers' organizations also participated in the meeting. While welcoming the members of both sides of the Sub-Committee, Sh. Tanksale, CEO. complemented them on arriving at a settlement to the satisfaction of all and expressed his desire that the signing of the final settlement should take place at the earliest. The Subcommittee Chairman, Sh. Ashwani Kumar also expressed his compliments for clinching a settlement of 15%. wage hike along with two Saturdays off.

3 It was informed that IBA has taken up the exercise of drafting scales as per the MOU signed on 23rd February, 2015 and discussion on the same can be taken up in the next rounds. We were also requested to give our comments on the draft insurance policy document supplied by the IBA to the Officers' Organisations. The discussions started on the three issues discussed in the Sub-committee held on 14th January, 2015. It was noted with satisfaction that one of the demand of Five Days Banking has been partially agreed by making second and fourth Saturdays off. IBA advised that they have already taken up the matter with Reserve bank of INDIA and Government of INDIA and are waiting for completion of the formalities at their level and this part of the agreement will be implemented immediately after the notification to that effect is issued.

4 On the issue of Regulated Working Hours, IBA once again assured that a communication to the member banks will be sent advising them not to call officers on Sundays and holidays unless there is any specific emergency. They also assured that the matter will be taken up in the HR Committee of the IBA on the issue of compensatory off or monetary compensation for the days on which officers will be called to work on holidays in emergent circumstances. On the third issue of Discipline and Appeal Regulations, the IBA wanted us to submit the comparative chart of the present rules in the regulations and the changes required with their justification to enable them to take an early decision on the issue.

5 We are pleased to inform you that the comparative chart has already been submitted by AIBOC on the very next day of the Sub-committee meeting. IBA has also agreed to refer to Government of our demand of CAT for consideration of appeal / representation in case of our Disciplinary cases. In the matter of demands pertaining to leaves rules covered in part II. of the Charter of Demand, discussion took place on increase in casual leave, treatment of unavailed casual leave, notice period of privilege leaves, availment of unavailed casual leave without 1. production of medical certificate, child adoption leave, special sick leave for lady officers above the age of 45 years in case of certain diseases, paternity leave, leave for sports activities, sabbatical leave, creation of leave bank .

6 The demand of accumulation of privilege leave up to 300 days was discussed with logical presentations. IBA also insisted that the guidelines of compulsory availment of minimum 10 days privilege leave in a year should be adhered to. IBA was positive on all our demands and assured that the issues will be taken up in the HR committee of the IBA and will be considered keeping the constraints and service conditions of Government Employees in this regard. On our demand of increase in lodging and boarding expenses / halting allowances, mid academic year transfer allowance, transfer of household article expenses, packing and incidental expenses at the time of transfers and other welfare activities were also discussed.

7 On the issue of LTC facility, we made a demand of monetization of the facility to enable the officers to avail it in their own way, subject to income tax rules, as prevailing in Reserve bank of INDIA . IBA asked to submit a paper on the scheme. IBA has also agreed to revise the monetary limits of Rs. 3500/= substantially for defining the dependent. We are once again pleased to inform you that AIBOC has prepared the paper based on the LTC scheme in RBI and has submitted the paper to IBA on 17th March itself. The demands of DA neutralization / parity in DA for those who retired prior to , family pension, full encashment of leaves to those who have been compulsorily retired or resigned in the absence of voluntary retirement scheme were also taken up and IBA is positive on these demands.

8 However, they expressed the constraints of financial implications on these issues as well as pension updation. We will continue to pursue these issues. Comrades, these were the initial discussions and a couple of more rounds of talks are expected before the IBA would place our demands before its HR. committee. We have also submitted our expectations and suggestions on structuring of the scales and IBA has ensured to take care of these while framing new scales structure. We urge upon all our members to ignore various communications, messages and circulars shared through various sources which appear to have no stake or knowledge on the subject and seem to be taking undue advantage of the situation. The Government of India issues notification on …

Privacy | Legal The information contained herein is of a general nature and is not intended to address the circumstances of any particular individual or entity. 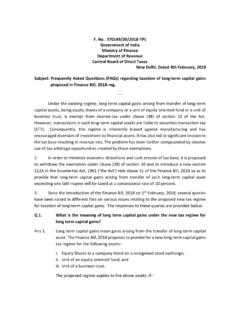 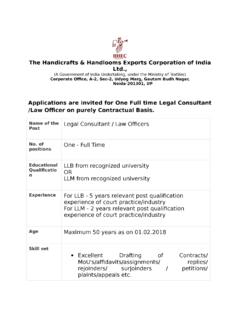 • Accordingly, personal or domestic servants are not employees under the Act. • Contractor’s Employees: It has been held by the court in Enfield India v RPFC 2000

1. Educational qualification should be from a University/Institution/Board recognized by Govt. of India/approved by Govt. Regulatory Bodies and the result should have been 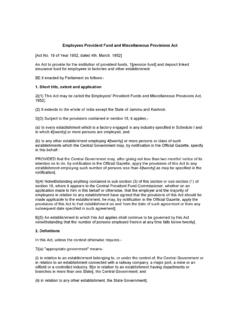 may be recognised by the Central Government in this behalf. (2) The terms and conditions subject to which a member of the Central Board may be appointed

A. EDUCATIONAL QUALIFICATION AND EXPERIENCE