2 An interesting observation is that there is an inverse (opposite) relationship between weights and gauges. In other words, as the gauge number goes down, say from 20 gauge to 10 gauge, the size and the weight of the ball goes up. A 20 gauge ball weighs 350 grains, and a 10 gauge ball weighs exactly twice that, 700 grains. Or, going the other direction, a 14 gauge ball weighs 500 grains, so a 28 gauge ball, twice the gauge number, weighs half as much, 250. grains. 6. Caliber to Gauge conversion A short method for finding caliber if gauge is known involves the use of a constant. Caliber = cube root ( divided by gauge). Example for a 20 gauge: Caliber = cube root ( divided by 20). Caliber = cube root .2332. Caliber = .6155. 7. Gauge: One of the earliest ways to designate the size of the bore of a gun was to figure how many bullets for it could be made from a pound of lead.

3 Since at that time all bullets were roundballs of lead, this made a good standard. In time this designation of 'balls to the pound' became synonymous with gauge, so that what our forefathers called '28. to the pound', we now call '28 gauge'. The British commonly used the term 'bore' for 'gauge', so their '28 bore' is the same as '28 gauge' or '28 balls to the pound'. Knowing that there are 7000 grains in a pound, we can simply divide 7000 by 28 and see that 28 gauge balls weigh 250 grains each. If we measure one of those balls, we see that it is .550 inches in diameter. In modern usage that is the same as '.55 caliber'. The same relationship holds true for any size bore, of course. Gauge conversion : If we know the balls per pound for any given ball diameter, ie 12 gauge = inches, then any other caliber can be found by cubing the ratio between the known gauge and the unknown.

4 For instance, a 45 caliber barrel would have a "gauge" of 12 times (.725/.45) cubed, or 12 x = Note again, that the actual balls one would load would be slightly smaller hence 52-53 per lb. 8. Metric Designation: The two key dimensions of a cartridge are the calibre and length of the case. The calibre is the approximate diameter of the projectile, or the inside diameter of the empty case. The length is the length of the case only, not including the projectile. These dimensions are expressed in millimetres, so for example a x 99 cartridge has a case with a calibre of and a length of 99mm (this is, in fact, the dimensions of the inch Browning cartridge). Where more than one number is goven for the case length, it could be found with different lengths. The third identifier is the type of rim. Most military cases of less than 40mm calibre are rimless, that is the rim is the same size as the case body and separated from it by an extractor groove.

5 Most larger cases are rimmed; the rim is larger than the body and forms a flange at the base. These are identified by the letter R after the metric measurements. Other less common rim types are: semi-rimmed or semi-rimless (SR) with both a small extractor groove and a rim slightly larger than the body; belted (B) which is like the rimless type except there is a raised belt just above the extractor groove; and rebated (RB, or RR) in which the rim has a smaller diameter than the body. 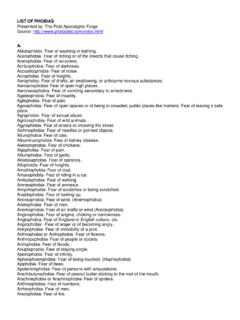 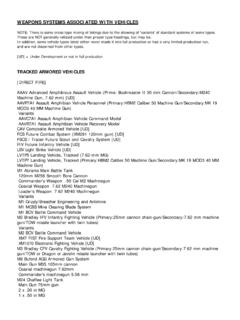 WEAPONS SYSTEMS ASSOCIATED WITH VEHICLES NOTE: There is some cross -type mixing of listings due to the showing of 'variants' of standard systems of some types. 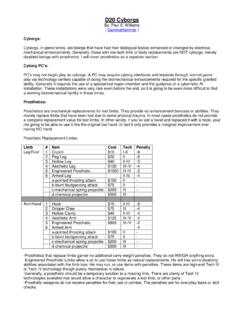 Cyborg Technology: All cyborg equipment is considered masterwork material for game purposes. The precision engineering required just to make the item successfully ensures that any ‘working’ cyborg replacement part is going to be of master 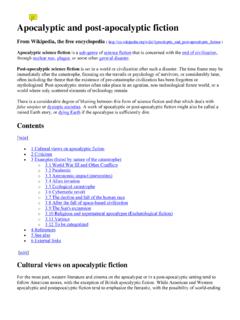 meteor collisions, mutants, and jury-rigged vehicles roaming a desolate countryside, British fiction is more pessimistic in tone. Post-apocalyptic literature was not as widespread in communist countries as the government prohibited 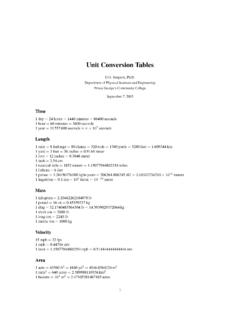 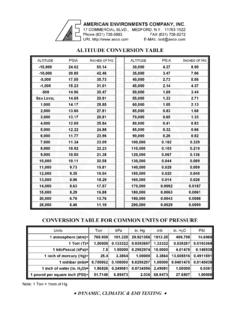 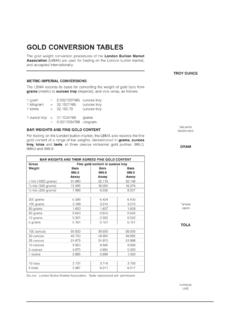 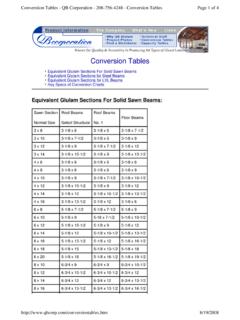 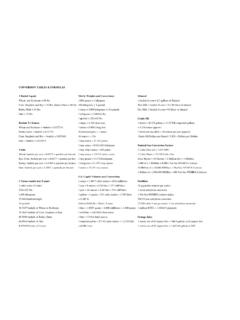 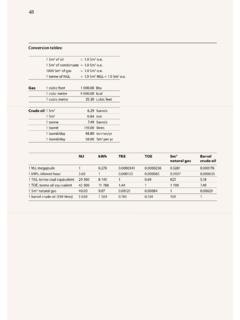 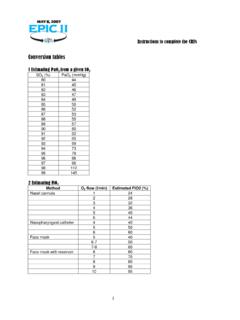 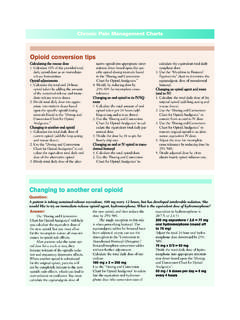