AN ENGLISH VILLAGE . FROYLE, HAMPSHIRE - 1. On the course of the Pilgrim's Way between Farnham and Alton, Froyle is a typical community of yeoman farmers who prospered with wheat and hops in the eighteenth century North-East HAMPSHIRE is one of those pleasant regions that events and people have generally passed by, for it contains little to divert them from the highways which conveniently define it ; the London - Winchester road via Farnham (the Pilgrims' Way ) ; the Farnham - Odiham - Basingstoke road ; and the Roman road from Winchester to Silchester and Basingstoke. The parish of Froyle, off the first of these, between Farnham and Alton, is typical of this triangle of chalk plateau : open arable upland, lying between the 400ft and 600ft contours, in places rising to over 700ft., with hanging beechwoods and wide views and remote little villages. A peaceful, uneventful countryside even now, when its gentle downs are again great sweeps of light brown plough, golden in summer streaked with the dark green of the beech-hangars against far blue distances.

- 1 - Christopher Hussey December 19th 1941 AN ENGLISH VILLAGE FROYLE, HAMPSHIRE - 1 On the course of the Pilgrim’s Way between Farnham and Alton, Froyle is a typical community of

1 AN ENGLISH VILLAGE . FROYLE, HAMPSHIRE - 1. On the course of the Pilgrim's Way between Farnham and Alton, Froyle is a typical community of yeoman farmers who prospered with wheat and hops in the eighteenth century North-East HAMPSHIRE is one of those pleasant regions that events and people have generally passed by, for it contains little to divert them from the highways which conveniently define it ; the London - Winchester road via Farnham (the Pilgrims' Way ) ; the Farnham - Odiham - Basingstoke road ; and the Roman road from Winchester to Silchester and Basingstoke. The parish of Froyle, off the first of these, between Farnham and Alton, is typical of this triangle of chalk plateau : open arable upland, lying between the 400ft and 600ft contours, in places rising to over 700ft., with hanging beechwoods and wide views and remote little villages. A peaceful, uneventful countryside even now, when its gentle downs are again great sweeps of light brown plough, golden in summer streaked with the dark green of the beech-hangars against far blue distances.

2 The characteristic architecture of these uplands is Georgian, innumerable neat little brick farmhouses, the larger ones standing on their acres, the smaller grouped into communities, but almost all of them added to, or re-fronting, humbler, earlier dwellings of timber framing filled with lath and plaster, flint, clunch or sometimes brick. This regional architecture, betokening widespread prosperity in the eighteenth century, is seen at its richest and most concentrated in Farnham itself, but most of the villages have their Georgian yeomen's homes - for such they evidently are - and Froyle has more than most. The reason perhaps is that Froyle lies along the junction of the Chalk with the Lower Greensand, and so comes onto the edge of the Farnham hop - growing island. This gave the Froyle yeomen a double source of wealth, corn on the downs north of the VILLAGE , hops in the clay land bordering the Wey, so that they shared in the prosperity that made Georgian Farnham.

3 The VILLAGE 's geological position, strung out along the Chalk - Greensand divide, is well seen looking south from one of the downland spurs which make the hinterland of Froyle a succession of broad arable combes. The line of the divide is marked by the belt of trees in which Upper Froyle shelters. Beyond, and across the Wey, rises the Greensand ridge, ancient woodland of which the royal forest of Alice Holt is a large remnant. The River Wey and the Farnham - Winchester road run parallel to and about half a mile south of Upper Froyle, which lies on a loop - road from the present highway. The Pilgrim's Way from Winchester to Canterbury followed the left bank of the river between Alton and Farnham. The existing main road gives the impression of being of later date, or at least of following the lower track of the Way. Like a caravan route, the prehistoric trackways frequently consisted of a wide belt of thoroughfare, and there is evidence elsewhere that the Pilgrims' Way had winter and summer courses.

4 Along most of its route it follows the divide of the Chalk and Greensand, the winter line being just on the Chalk, the summer route taking short cuts and a lower line across stretches of Greensand, which in winter tended to be of bad going. The VILLAGE street of Upper Froyle, running, as it does, parallel to the main road, may represent the winter, and perhaps, older, line of the Way. In support of this it is suggestive that the churches of the three consecutive villages of Holybourne, Froyle and Bentley, all lie in a straight line running parallel to and about a quarter-mile north-westward of the main road. Holybourne and Bentley have developed streets along the existing summer route of the Way; Froyle has not. This part of the VILLAGE is still ranged along the road past the church, following the geological divide but just on the Chalk. This line of the old Way can still traced across the fields in prolongation of the VILLAGE street, south- westwards by Bonham's Farm towards Holybourne, and north-eastwards towards Bentley by alternative routes past Coldrey and past Hussey's Farm.

5 From Hussey's a branch track connects with the prehistoric Harrow Way (the tin track as it is called locally) from Salisbury Plain to the Channel ports via the Hog's Back, which the Pilgrim's Way joined at Farnham. Several old yew trees, a characteristic feature of the Pilgrim's Way, stand beside the road in Upper Froyle, which, a backwater as it is today, may thus be regarded as in origin a wayside settlement owing its form and its position to traffic along the lower slope of the Chalk in early periods. This characteristic also holds good of Lower Froyle, an offshoot of the VILLAGE , not, as in the case of its neighbours, on the pilgrims summer route, but along a spur-road northwards across the downs towards Odiham. Spread along a wide combe, a mile and a half north of the church, the lower VILLAGE comprises many of the most picturesque and ancient tenements in the parish. Like so many HAMPSHIRE manors, Froli (as it was spelt in Domesday) was Winchester Church land.

6 Edward the Confessor had given it to the nuns of St. Mary's Abbey, a connection perpetuated by the dedication of the church to the Assumption of the Blessed Virgin; and the sub-manor of Coldrey, between Froyle and Bentley, belonged to the Bishop of Winchester, whose principal seat was, of course, Farnham Castle. At the dissolution of the monasteries the manor of Froyle was acquired by William Jephson, whose descendants till 1652 owned the Manor -1- Christopher Hussey December 19th 1941. Place which stands beside the church. Held for a few years by John and Robert Fiennes, they sold it in 1666 to Samuel Gauden of Lincoln's Inn Fields. From his descendants the Drapers, extinct in 1765, it passed to the Nicolas family, who parted with the property piecemeal between 1765-82 to Sir Thomas Miller, fifth baronet, the ancestor of the late Sir Hubert Miller, to whom Froyle owes so much of its charm today.

7 Froyle Place is said to have been built in 1588, and it is, in the main, a gabled U-shaped Elizabethan manor house of the local clunch or hard chalk. A cellar at the north-west retains two fine Tudor doorways, and an adjacent quoin bears a consecration cross. Towards the end of the eighteenth century, probably when bought by the Millers, sash windows were inserted, and the principal rooms modernised in the Adam taste; in about 1865 and later, further and less attractive alterations were made, including that of the centre between the wings on the south-east front. More recently the gardens were laid out with uncommon charm, and attractive feature being a curving double border sunk between a convex terrace and a clipped yew hedge. The house contains Miller family portraits, several by Reynolds, Cotes and other good painters, going back to the first baronet, who was buried in Chichester Cathedral in 1705; also two outstanding landscapes by Smith of Chichester, and a magnificent Gaspar Poussin landscape.

8 The present tenant is the Hon. Mrs. Milo Talbot. Great events, like the main road, have by-passed Froyle, so that its history, lacking a Gilbert White, is that of the yeoman families whose names are still borne by many of their houses. Those of Froyle have left scanty records, but the VILLAGE is fortunate in having a schoolmaster, Mr. T. Knight, who has searched them out. Nor are parochial records of local interest only; they are the microcosm of national history, particles in a greater design. The tenement with the longest history in the VILLAGE is that known since the thirteenth century as Hussey's in Lower Froyle. The manor of Hussey's is mentioned in 1262-63 as then acquired by Walter Hussey of his brother William ; in 1336 and 1382 it was held by Nicolas Hussey. John Mott of Froyle, bequeathing money for candles to burn in the Easter Sepulchre in 1377, also deposed that Nicolas owed him 40.

9 In 1414 the latter sold the property, which, for a time, became merged with the adjoining Coldrey Manor, but by 1639 had been acquired by the Jephsons of Froyle Place. They would seem to have leased it at about the same date to henry Burningham, first recorded member of a family that ultimately attained squiredom in Froyle. The Husseys of Froyle were possibly connected with the South Harting family flourishing in Henry III's time. Parts of their house here may be incorporated in the existing building, timber framed with brick filling, of sixteenth-century date, with a rosy brick Georgian front probably added in 1764. By that date John Baldwin Burningham had probably bought the farm from the Froyle Place estate, the Georgian facade and the unusual group of four oast houses behind the house symbolising the prosperity of wheat and hops at that time. In 1820 Thomas Burningham moved to the more aristocratic air of Upper Froyle, where he reconstructed an earlier building in the classic taste and called it Froyle House, his descendants residing there until about 1895.

10 There are at least eight Henry Burninghams buried in Froyle, the last in 1905. Mr. Knight has worked out a sinister discovery about them : in each case when there was a brother named John or Thomas the eldest son died young if his name was Henry. Hussey's has recently been restored by Lieutenant-Colonel Broke Grenville. Froyle House, now the home of Captain Sir Hugh Smiley, Bt., is beyond Froyle Place, and, from the evidence of its cellars and some of its walls, was a considerable building in the seventeenth or early eighteenth century. It has not been possible to identify its earlier ownership with certainty, but it may be the property known as Catlees, after an occupier of about 1400, which belonged to the de Windsor family. In 1367 Richard de Windsor died seized of a virgate held of the Abbess of St. Mary's. Windsors were still here in 1550. Another important property in the VILLAGE was a sub-manor, held of the chief manor so early as 1363, by Sir John Brocas, a Buckinghamshire family owning estates round Alton till early Tudor times.

The Greatest Secret, by Brother Bakht Singh Reprinted by www.BrotherBakhtSingh.org with permission. human language, he longed more and more to know the Lord, and the power of His resurrection (Phil. 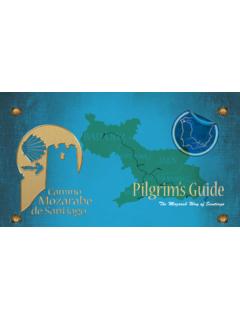 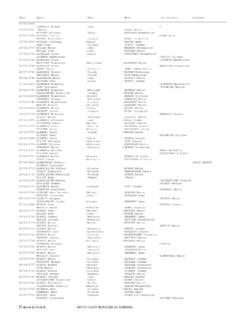 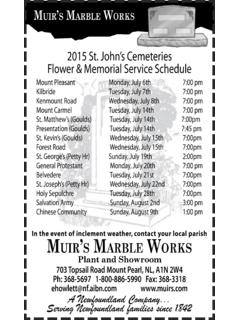 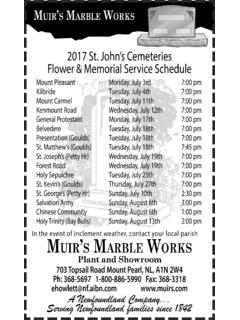 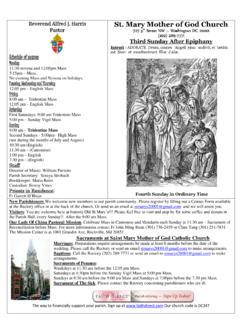