An Introduction to the Low-Income Housing Tax Credit

Jan 26, 2021 · The low-income housing tax credit (LIHTC) program, which was created by the Tax Reform Act of 1986 (P.L. 99-514), is the federal government’s primary policy tool for the development of affordable rental housing. LIHTCs are awarded to …

2 The credits are claimed over a 10-year period. Developers need upfront financing to complete construction so they will usually sell their tax credits to outside investors ( , corporations, financial institutions). in exchange for equity financing. The equity reduces the financing developers would otherwise have to secure and allows tax Credit properties to offer more affordable rents. The LIHTC is estimated to cost the government an average of approximately $ billion annually. The 2018 Consolidated Appropriations Act ( 115-141) made two changes to the LIHTC program. First, the act increased the amount of credits available to states each year by for years 2018 through 2021.

3 This modification appeared to be in response to concerns over the effects of 115-97, commonly referred to as the Tax Cuts and Jobs Act (TCJA). The changes made by TCJA did not directly alter the LIHTC program; however, the act reduced corporate taxes, which had the potential to reduce demand for LIHTCs. Second, the act modified the so-called income test, which determines the maximum income an LIHTC tenant may have. Previously, each individual tenant was required to have an income below one of two threshold options (either 50% or 60% of area median gross income [AMI], depending on an election made by the property owner).

4 With the modification, property owners may use a third income test option that allows them to average the income of tenants when determining whether the income restriction is satisfied, but no tenant may have an income in excess of 80% of AMI. To assist certain areas of California that were affected by natural disasters in 2017 and 2018, the Further Consolidated Appropriations Act, 2020 ( 116-94) increased California's 2020 LIHTC allocation by the lesser of the state's 2020. LIHTC allocations to buildings located in qualified 2017 and 2018 California disaster areas, or 50% of the state's combined 2017 and 2018 total LIHTC allocations.

5 Most recently, the Taxpayer Certainty and Disaster Tax Relief Act of 2020, enacted as Division EE of the Consolidated Appropriations Act, 2021 ( 116-260), sets a minimum Credit (or floor ) of 4% for the Housing tax Credit typically used for the rehabilitation of affordable Housing . The Joint Committee on Taxation (JCT) estimates this change will reduce federal revenues by $ billion between FY2021 and FY2030. This change is permanent. Division EE of 116-260 also increased, for calendar years 2021 and 2022, the Credit allocation authority for buildings located in any qualified disaster zone, defined as that portion of any qualified disaster area which was determined by the President during the period beginning on January 1, 2020, and ending on the date which is 60 day from enactment of 116-260.

8 4. Developers and Investors .. 5. Recent Legislative Developments .. 6. Contacts Author Information .. 7. Congressional Research Service An Introduction to the Low-Income Housing Tax Credit Overview The Low-Income Housing tax Credit (LIHTC) program, which was created by the Tax Reform Act of 1986 ( 99-514), is the federal government's primary policy tool for the development of affordable rental Housing . LIHTCs are awarded to developers to offset the cost of constructing rental Housing in exchange for agreeing to reserve a fraction of rent-restricted units for lower- income households.

9 Though a federal tax incentive, the program is primarily administered by state Housing finance agencies (HFAs) that award tax credits to developers. Developers may claim the tax credits in equal amounts over 10 years once a property is placed in service, which means it is completed and available to be rented. Due to the need for upfront financing to complete construction, developers typically sell the 10-year stream of tax credits to outside investors ( , corporations, financial institutions) in exchange for equity financing. The equity that is raised reduces the amount of debt and other funding that would otherwise be required.

10 With lower financing costs, it becomes financially feasible for tax Credit properties to charge lower rents, and thus, potentially expand the supply of affordable rental Housing . The LIHTC. program is estimated to cost the government an average of $ billion annually. 1. Types of Credits There are two types of LIHTCs available to developers. The so-called 9% Credit is generally reserved for new construction and is intended to deliver up to a 70% subsidy. The so-called 4%. Credit is typically used for rehabilitation projects utilizing at least 50% in federally tax-exempt bond financing and is designed to deliver up to a 30% subsidy. 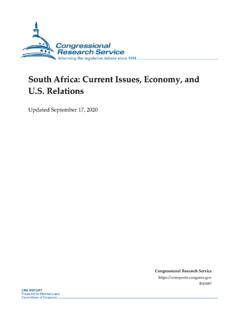 South Africa’s economic and political influence in Africa and diplomatic sway among developing countries in multilateral institutions, some Members of Congress may see a scope for increased U.S. engagement with South Africa, a top African recipient of U.S. assistance for years. 2 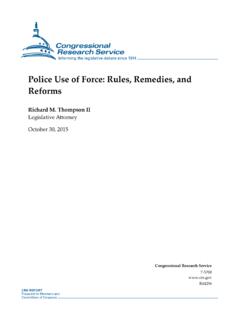 Police Use of Force: Rules, Remedies, and Reforms

Oct 30, 2015 · one civil—to provide legal remedies for newly freed African Americans who were being deprived of their civil rights. On the civil side is 42 U.S.C. § 1983, which provides individuals with a civil cause of action to recover damages for the deprivation of such rights.10 On the criminal side is 18 , U.S. C 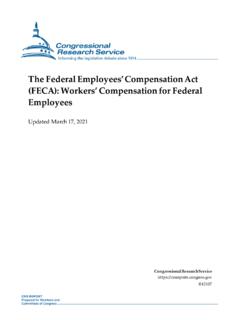 Mar 17, 2021 · Introduction The Federal Employees’ Compensation Act (FECA) is the workers’ compensation system for federal employees. Every civilian employee of the federal government, including employees of the executive, legislative, and judicial branches, is covered by FECA, as are several other groups, including federal jurors and Peace Corps volunteers. 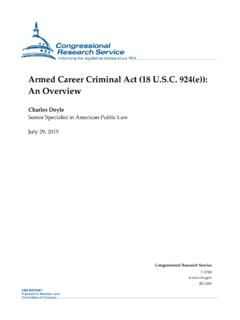 Armed Career Criminal Act (18 U.S.C. 924(e)): An Overview Congressional Research Service 2 Moreover, those violent felonies or serious drug offenses which do count must have been committed on different occasions.8 “[T]o trigger a sentence enhancement under the ACCA, a defendant’s prior felony convictions must involve separate criminal episodes. 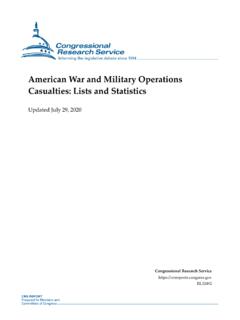 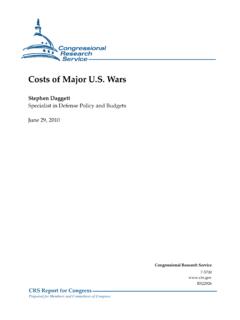 of war-related expenditures than earlier DOD estimates of incremental Vietnam or Persian Gulf War costs. Before the Vietnam conflict, the Army and Navy, and later the DOD, did not identify incremental expenses of military operations. For the War of … 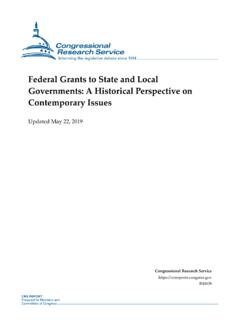 Federal Grants to State and Local Governments: A ...

May 22, 2019 · given the central role Congress has in determining the scope and nature of the federal grant-in-aid system, the amount of funding involved, and disagreements over the appropriate role of the federal government in domestic policy generally and in its relationship with state and local governments. 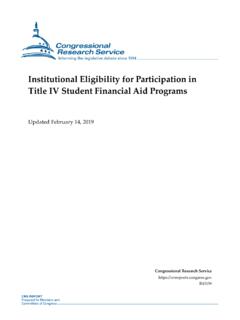 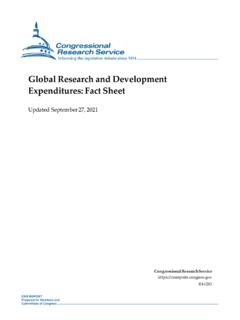 Sep 27, 2021 · 2 For purposes of this report, global R&D expenditures include those of the OECD countries, as well as Argentina, China, Romania, Russia, Singapore, South Africa, and Taiwan. R&D expenditures by some others countries are not included but are likely to be small in relative terms. 3 2019 is the latest year for which OECD R&D data is largely ... 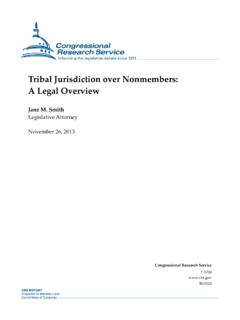 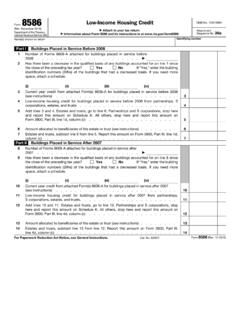 Statement for Low-Income Housing Credit, for details. If you must recapture credits, use Form 8611, Recapture of Low-Income Housing Credit. See section 42(j) for details. Recordkeeping. Keep a copy of this Form 8586 together with all Forms 8609, Forms 8609-A, and Forms 8611 for 3 years after the 15-year compliance period ends. Specific Instructions 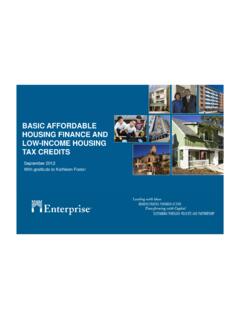 Dec 13, 2021 · Income Requirements. Lenders are required to calculate income to qualify borrower(s) for loan approval using investor guidelines. CalHFA will use the lender’s credit qualifying income to determine if the loan exceeds the maximum program income limit. Income not used by the lender for credit qualifying will not be used by CalHFA. 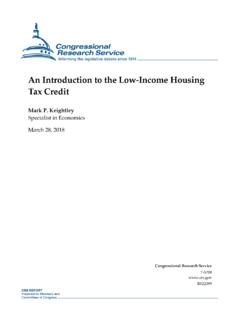 An Introduction to the Low-Income Housing Tax Credit

Jan 26, 2021 · The low-income housing tax credit (LIHTC) program, which was created by the Tax Reform Act of 1986 (P.L. 99-514), is the federal government’s primary policy tool for the development of affordable rental housing. LIHTCs are awarded to developers to offset the cost of constructing

Under the Low-Income Housing Tax Credit (LIHTC), operated by the US Treasury, the number of assisted households went up from 0.43 million in 2005 to 2.57 million in 2015. On its own, the LIHTC can only bring rents down to levels affordable to moderate-income groups, but

HISTORIC HOUSING INVESTMENTS IN THE BUILD BACK … 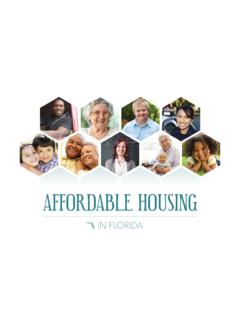 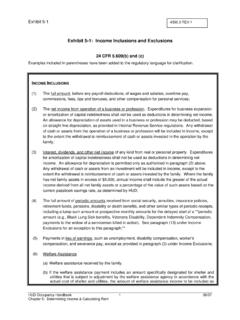 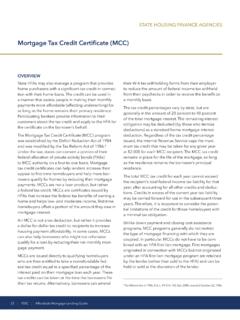 mum tax credit that may be taken for any given year at $2,000 for each MCC recipient. The MCC tax credit remains in place for the life of the mortgage, so long as the residence remains the borrower’s principal residence. The total MCC tax credit for each year cannot exceed the recipient’s total federal income tax liability for that