An Introduction to the Shiba Inu (part 1) General ...

An Introduction to the Shiba Inu ( part 1). General Information on the Shiba Inu Shiba Brochure written by Jacey Holden Introduction If you are already this far, you have probably caught your first glimpse of a Shiba . It may have been at a dog show, walking in a park, or just a picture in a book. Cute, huh? The Shiba is probably one of the most universally appealing of all breeds. It has the look toy manufacturers try to capture in their favorite stuffed animal, the teddy bear. But the Shiba is not a toy. It is a very lively little dog with a unique set of characteristics. Each one is an individual with his own personality, but there are some traits that are considered typical of the breed. Dog ownership is a long term commitment; not something that can be stuffed in the closet once the novelty wears off. A dog's love is for keeps. A Brief History of the Shiba Inu Originally, Shibas were bred to flush birds and small game and were occasionally used to hunt wild boar.

1 An Introduction to the Shiba Inu ( part 1). General Information on the Shiba Inu Shiba Brochure written by Jacey Holden Introduction If you are already this far, you have probably caught your first glimpse of a Shiba . It may have been at a dog show, walking in a park, or just a picture in a book. Cute, huh? The Shiba is probably one of the most universally appealing of all breeds. It has the look toy manufacturers try to capture in their favorite stuffed animal, the teddy bear. But the Shiba is not a toy. It is a very lively little dog with a unique set of characteristics. Each one is an individual with his own personality, but there are some traits that are considered typical of the breed. Dog ownership is a long term commitment; not something that can be stuffed in the closet once the novelty wears off. A dog's love is for keeps. A Brief History of the Shiba Inu Originally, Shibas were bred to flush birds and small game and were occasionally used to hunt wild boar.

2 Now they are primarily kept as pets, both in Japan and the United States. There are more Shibas in Japan than any other breed. Around 7000 BC the ancestors of today's Shiba may have accompanied the earliest immigrants to Japan. Archaeological excavations of the shell-mounds left by the Jomonjin, or Rope-Pattern People (a name derived from the pattern found on their earthenware), show that they had small dogs in the 14 1/2 to 19 1/2 inch range. In the third century BC, a new group of immigrants brought their dogs to Japan. These dogs then interbred with the descendants of the Jomonjin dogs, and Red Shiba produced canines known to have pointed, erect ears and curly or sickle tails. In the 7th century AD, the Yamato Court established a dogkeeper's office that helped maintain the Japanese native breeds as an integral part of Japanese culture. Although the country was closed to foreigners from the 17th through 18th centuries, some European dogs and a breed known as the Chinese Chin were imported and crossed with native dogs living in the more populated areas.

3 Dogs in the countryside, however, remained relatively pure. Originally there were three main varieties of Shiba ; each named for its region of origin. Although similar, the Shibas from each area contributed to differences in breed type seen today. From the original Japanese native dogs, six distinct "breeds," in three different sizes developed. They are: *Large Size - The Akita *Medium Size - The Kishu, Hokkaido, Shikoku, & Kai *Small Size - The Shiba The small size dog has been called the Shiba since ancient times, with several theories surrounding the development of that name. One popular explanation is that the word Shiba means "brushwood," and the dogs were named for the brushwood bushes where they hunted. Another theory is that the fiery red color of the Shiba is the same as the autumn color of the brushwood leaves. A third conjecture is related to an obsolete meaning of the word Shiba referring to its small size. These explanations are often combined and the Shiba is referred to as the "little brushwood dog.

4 ". World War II nearly spelled disaster for the Shiba , and most of the dogs that did not perish in bombing raids succumbed to distemper during the post-war years. While the Mino and Sanin Shibas became practically extinct, more of the Shinshu Shibas survived. After the war, Shibas were brought from the remote countryside, and breeding programs were established. The remnants of the various bloodlines were combined to produce the breed as it is known today. Physical Characteristics The Shiba is a very proportionate dog with a height to length ratio of 10 to 11. Males run from 14 1/2 to 16 1/2 inches tall, with females ranging from 13 1/2 to 15 1/2 inches. Heights over or under the limits are a disqualification in the show ring. The weight varies according to height up to about 25 pounds. It is a medium boned, moderately compact and well-muscled dog with a generally Spitz-like appearance. Because of its hunting heritage, it is quick, agile and able to turn on a yen.

5 It has a dense double coat similar to that of a husky. Although all colors are acceptable in the Shiba standard, red, red sesame Sesame Shiba (sable) and black and tan are preferred. White and cream shadings (urajiro) are present on the legs, belly, chest and part of the face and tail. Read the breed standard at Temperament With a black button nose, little pricked ears and a curly tail, the Shiba enters the world knowing he is a superior being. Whether with intrepid boldness, squinty-eyed cuteness or calm dignity, he is king. The Japanese have three words to describe the Shiba temperament. The first is "kan-i" which is bravery and boldness combined with composure and mental strength. The opposite side of "kan-i" is "ryosei" which means good nature with a gentle disposition. One cannot exist without the other. The charming side of the Shiba is "Soboku" which is artlessness with a refined and open spirit. They combine to make a personality that Shiba owners can only describe as "irresistible.

6 ". If a Shiba could only utter one word, it would probably be "mine." It is "mine". food, "mine" water, "mine" toys, "mine" sofa, "mine" crate, "mine" car, "mine" owner, and "mine" world. Sharing is a concept he feels others should practice. Some Shibas may carry "mine" a bit too far and become aggressive in their resource guarding, particularly in the presence of other dogs. It is wise to remove favored toys and food-based treats in the presence of other dogs and small children so the dog doesn't become overly possessive. If the bait is dangled when a potential Shiba owner sees adults at a dog show or pictures in a magazine, the hook is set when he encounters his first puppy. They are exemplary examples of canine cuteness, fiery little fuzzballs-from-hell, no words can describe the appeal of the infant Shiba . A litter of Shibas is a Dakin . Convention and a school of piranha; strutting, posturing little windup toys. The adult Shiba is far from a toy.

7 "Macho stud muffin" has been used to describe the male Shiba . The body may look "muffin," but the mind is all "macho stud." The Shiba takes the "spirited boldness part of his temperament quite seriously. Early socialization and neutering are mandatory for the young puppy. Dog aggression, especially in the un-neutered male, is a breed characteristic. This fiery aspect of the Shiba nature cannot be taken lightly. Most Shiba owners learn to deal with the difficult aspects of the dog's temperament to enjoy the delightful ones. With "Soboku" the Shiba sets his hook into the heart. This is "artlessness" with squinty eyes, airplaned ears, Soboku and a vibrating tail. It is "charm" standing in your lap, washing your ears, and "dignity" plus "refinement" born of the knowledge of superiority. Health Considerations As a breed, Shibas can rightfully be described as sturdy, healthy little dogs, able to withstand the rigors of outdoor life as well as enjoying the comfort of indoor dwelling.

8 They are easy keepers, requiring no special diet other than good commercial dog food. They can run for miles with an athletic companion or take their exercise chasing a tennis ball around the back yard. Their catlike agility and resilience provide good resistance to injury, and the "natural" size and symmetrical proportions lessen susceptibility to conditions caused by structural imbalances. Despite these assets, Shibas can have some hereditary defects, for which all reputable breeders screen their breeding stock. Patellar luxation is common in toy breeds and sometimes appears in Shibas. It causes loose kneecaps and is usually not severe enough to be detrimental to a pet. An experienced veterinarian can detect this condition by palpation. Moderate to severe patellar luxation can easily be corrected by Eye Exam surgery and the dog will lead a normal, healthy life. Hip dysplasia occasionally occurs, but it is not as serious in the Shiba as it is in large breeds of dog.

9 Mild dysplasia will not show any adverse clinical effects and the dog will lead a normal life. Good breeders will not breed to any dog whose hips have not received a rating of "fair" or better from the Orthopedic Foundation for Animals (OFA). Responsible breeders also check their Shibas' eyes for hereditary eye defects. No breed of dog is totally free of hereditary eye defects. Few defects are severe enough to cause blindness or interfere with a dog's life, but dogs with eye defects that are potentially blinding, such as progressive retinal atrophy and juvenile cataracts should not be bred. The majority of eye defects do not impair the dog's ability to be a good pet. Glaucoma has also been seen in the Shiba and is potentially blinding and usually very painful. It usually does not occur in young dogs and the potential for glaucoma is not detectable with normal eye exams. Read more about this condition in the Health section of this website.

10 Canine Eye Registry Foundation (CERF). Occasionally, a Shiba puppy may exhibit a heart murmur (an unusual sound to the heartbeat). Usually these go away without treatment, and there is no cause for alarm. If an adult has a heart murmur, it should not be used for breeding. Good breeders will take their puppies to the veterinarian before selling them for a well-puppy check-up. Allergies, especially to fleas (see flea section of this page) are a frequent nemesis of dogs, and Shibas are prone to them too. With the advent of the newer flea preparations, the problems should be minimized. Other allergies require veterinary help. A rule of thumb: If the itching is from the shoulders back, it is probably fleas. If the itching is somewhere else, it may be something else. Just like with humans, allergies are not life-threatening, but are very common and very annoying. If it wasn't for them, dermatologists wouldn't be able to live by the mantra that their patients never die but just keep coming back. 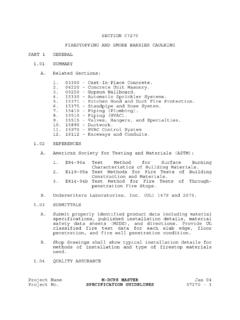 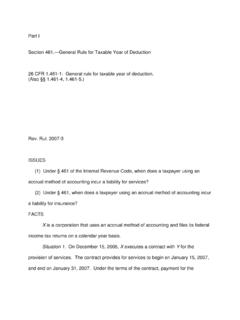 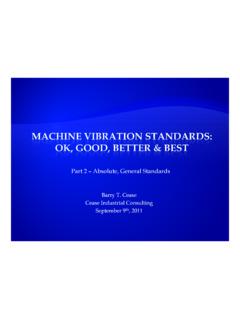 2 (2) The standards adopted in these rules are available for inspection at the Department of Licensing and Regulatory Affairs, MIOSHA Regulatory Services