ANALYSIS OF RATES FOR DELHI - CPWD

4 FOREWORD. central public Works department ANALYSIS of RATES for DELHI is a very comprehensive and useful document. It is based on scientific assessment of inputs of materials, labour and machinery in various items of work normally encountered in a project. It was first compiled in the year 1950, followed by publication or revisions in 1955, 1962, 1972, 1977, 1985 and 1997. Since publication of DAR, 1997, prices of labour and materials have registered substantial increase. Besides the increased cost, there has been a spurt of new construction materials and introduction of mechanised construction techniques for speedier construction.

5 This has necessitated revision of existing DAR, 1997 to include the above changes. Accordingly, this ANALYSIS of RATES for DELHI , 2007 has been prepared incorporating element of machinery and prefabricated building components, wherever applicable. Earlier ANALYSIS of RATES for DELHI was a confidential document and was issued to cpwd Officers and Government Departments only. In this age of transparency, we feel that this is an anachronism. Therefore, for the first time DAR, 2007 is being published as an open document and shall be available in two volumes.

6 This will facilitate in obtaining feed back from the construction industry and the professionals for continuous updation and improvement in the document. Although DAR, 2007 contains most of the items of DAR, 1997, ANALYSIS of items which are either obsolete or are not in use have been deleted. Similarly, ANALYSIS of many items have been modified to correspond to items of DSR, 2007. Several new ANALYSIS of items pertaining to new materials and new technologies in the construction sector have also been included. ANALYSIS of RATES of many items also incorporate element of machinery instead of the lump sum provisions.

8 DAR, 2007 incorporates most of the ANALYSIS of DAR, 1997 with all correction slips up-to date and will replace DAR, 1997. DAR, 2007 is a bilingual document (Hindi version will follow). DAR, 2007 is published in two volumes as under: Volume Number Sub-head No. Contents/ Chapters 00 Basic RATES 01 Carriage of materials 02 Earth work 03 Mortars 04 Concrete work 05 Reinforced Cement Concrete work One 06 Brick work 07 Stone work 08 Marble work 09 Wood and PVC work 10 Steel work 11 Flooring 12 Roofing 13 Finishing 14 Repairs to Buildings 15 Dismantling and Demolishing Two 16 Road work 17 Sanitary Installation 18 Water Supply 19 Drainage 20 Pile work 21 Aluminium work 22 Water Proofing 23 Horticulture and Landscape ANALYSIS of many items in DAR, 2007, which are either obsolete or are not in use.

9 Have been deleted. Similarly, ANALYSIS of many items have been modified to correspond to items of DSR, 2007. Several new ANALYSIS of items pertaining to new materials and new technologies in the construction sector have also been included. ANALYSIS of RATES of many items also incorporate element of machinery instead of lump sum provisions. ANALYSIS have been modified to include execution of different works by using various electrical and mechanical equipments excavators, tower cranes, mobile cranes, mechanical platforms, Batch Mix plant, transit mixers and pumps, piling rigs, pneumatic cutters, chisels, chippers, hammers etc.

10 Built-in provision has been taken in the ANALYSIS of RATES for new construction technology/ mechanisation. 3. ANALYSIS of dry work using prefabricated materials and pre-finished elements for speedier construction are included viz gypsum block walls, calcium silicate and non-asbestos cement board partitions, pre-finished counter tops for kitchen and washbasins, pre-moulded and pre-finished stone work in risers and treads of steps and window sills, dry stone cladding, sub-frames for windows, use of chemical and mechanical fasteners, laying of tiles in flooring and dado with polymer based adhesives etc. 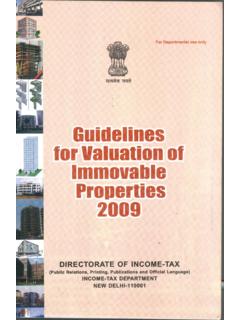 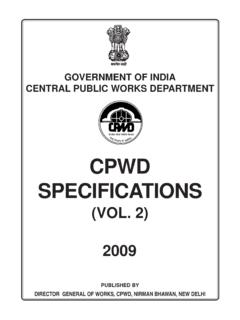 HANDBOOK ON REPAIR AND REHABILITATION OF …

Manual on Door and Window Details for …

IV 1. Delhi Schedule of Rates-2016 includes the existing items of DSR 2014 with deletion of few obsolete items, merger of similar items and addition of new items in line with emerging trends in construction