3 good practices in production General Prevention of cross-contamination and bacterial contamination during production Processing operations Packaging operations17. good practices in quality controlControl of starting materials and intermediate, bulk and fi nished products Test requirements Batch record review Stability studiesReferences96 IntroductionThe fi rst WHO draft text on good manufacturing practices (GMP) was prepared in 1967 by a group of consultants at the request of the Twentieth World Health Assembly (resolution ). It was subsequently submitted to the Twenty-fi rst World Health Assembly under the title Draft requirements for good manufacturing practice in the manufacture and quality control of medicines and pharmaceutical specialities and was revised text was discussed by the WHO Expert Committee on Specifi cations for Pharmaceutical Preparations in 1968 and published as an Annex to its twenty-second report.

4 The text was then reproduced (with some revisions) in 1971 in the Supplement to the second edition of TheInternational 1969, when the World Health Assembly recommended the fi rst version of the WHO Certifi cation Scheme on the Quality of Pharmaceutical Products Moving in International Commerce in resolution , it accepted at the same time the GMP text as an integral part of the Scheme. Revised versions of both the Certifi cation Scheme and the GMP text were adopted in 1975 by resolution Since then, the Certifi cation Scheme has been extended to include the certifi cation of: veterinary products administered to food-producing animals; starting materials for use in dosage forms, when they are subject to control by legislation in both the exporting Member State and the importing Member State; information on safety and effi cacy (resolution , 1988).

5 In 1992, the revised draft requirements for GMP were presented in three parts, of which only Parts One and Two are reproduced in this document (1). Quality management in the medicines industry: philosophy and essential elements , outlines the general concepts of quality assurance (QA) as well as the principal components or subsystems of GMP, which are joint responsibilities of top management and of production and quality control management. These include hygiene, validation, self-inspection, personnel, premises, equipment, materials and documentation. good practices in production and quality control , provides guidance on actions to be taken separately by production and by quality control personnel for the implementation of the general principles of two parts were subsequently supplemented by further guidelines which are integral parts of these GMP for pharmaceutical products.

6 All these texts are available on the Medicines web page ( ).Considerable developments in GMP have taken place in the intervening years, and important national and international documents, including new revisions, have appeared (2,3,4,5). Thus the necessity to revise the main principles and incorporate the concept of other feedback which was discussed during the consultation on WHO guidelines for medicines quality assurance, quality control (QC)laboratories and transfer of technology on 27 31 July 2009, the need was identifi ed to incorporate a new section ( ) on Product quality review under Chapter 1: Quality assurance .In addition, several updates were suggested to further enhance the guidelines and include the concept of risk management, replacing drugs by the term medicines and newly introduce the concept of a quality unit.

7 General considerationsLicensed pharmaceutical products (marketing authorization) should be manufactured only by licensed manufacturers (holders of a manufacturing authorization) whose activities are regularly inspected by competent national authorities. This guide to GMP shall be used as a standard to justify GMP status, which constitutes one of the elements of the WHO Certifi cation Scheme on the quality of pharmaceutical products moving in international commerce, through the assessment of applications for manufacturing authorizations and as a basis for the inspection of manufacturing facilities. It may also be used as training material for government medicines inspectors, as well as for production, QC and QA personnel in the guide is applicable to operations for the manufacture of medicines in their fi nished dosage forms, including large-scale processes in hospitals and the preparation of supplies for use in clinical good practices outlined below are to be considered general guides15,and they may be adapted to meet individual needs.

8 The equivalence of alternative approaches to QA, however, should be validated. The guide as a whole does not cover safety aspects for the personnel engaged in manufacture or environmental protection: these are normally governed by national legislation. A new concept of hazard analysis related to the risks in production and personnel safety is also newly recommended ( Annex 7). The manufacturer should assure the safety of workers and take the necessary measures to prevent pollution of the external environment. 1 The word should in the text means a strong Nonproprietary Names (INN) for pharmaceutical substances designated by WHO should be used when available, together with other designated names.

9 GlossaryThe defi nitions given below apply to the terms used in this may have different meanings in other pharmaceutical ingredient (API)Any substance or mixture of substances intended to be used in the manufacture of a pharmaceutical dosage form and that, when so used, becomes an active ingredient of that pharmaceutical dosage form. Such substances are intended to furnish pharmacological activity or other direct effect in the diagnosis, cure, mitigation, treatment, or prevention of disease or to affect the structure and function of the enclosed space with two or more doors, which is interposed between two or more rooms, of differing classes of cleanliness, for the purpose of controlling the airfl ow between those rooms when they need to be entered.

10 An airlock is designed for use either by people or for goods and/or personThe person recognized by the national regulatory authority as having the responsibility for ensuring that each batch of fi nished product has been manufactured, tested and approved for release in compliance with the laws and regulations in force in that (or lot)A defi ned quantity of starting material, packaging material, or product processed in a single process or series of processes so that it is expected to be homogeneous. It may sometimes be necessary to divide a batch into a number of sub-batches, which are later brought together to form a fi nal homogeneous batch. In the case of terminal sterilization, the batch size is determined by the capacity of the autoclave. 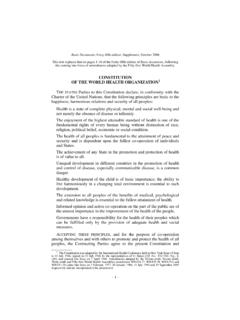 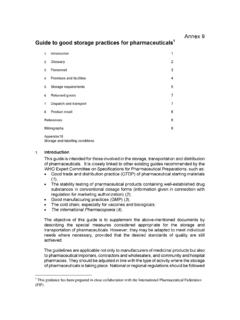 SOP No.: EP-INS-004 Page 1 Annexure-1 GMP CHECKLIST (Based on WHO Good Manufacturing Practices (GMP) for active pharmaceutical ingredients stated as per

[SCHEDULE M] [See Rules 71, 74, 76 and 78] GOOD MANUFACTURING PRACTICES AND REQUIREMENTS OF PREMISES, PLANT AND EQUIPMENT FOR PHARMACEUTICAL PRODUCTS. Note: - To achieve the objectives listed below, each licensee shall evolve appropriate 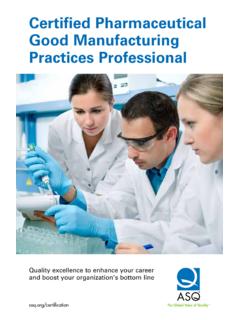 FOREWORD The quality of excipients is critical to assure the safety, quality and efficacy of medicines. Excipients have a wide range of applications and are essential components of the drug product formulation.