8 In the property market, the Central Bank's residential property price index continued to decline year-on-year but at a slowing pace. On a yearly basis the index dropped by 1,3% in the third quarter of 2016 after dropping by 1,7% and 1,6% in the second and first quarter respectively. Downside risks to the growth projections are associated with high levels of non-performing loans, loss of momentum in structural reforms with associated risks for public finances, and a return of inflation. Downside risks may also be associated with a deterioration of the external environment for Cyprus . These would involve slower growth in the UK with a weakening of the pound following the Brexit referendum. Political uncertainty in Europe triggered by a British exit or by the refugee crisis could also lead to increased economic uncertainty and undermine economic confidence. Upside risks to the outlook relate to a possible better growth performance in the EU and stronger investment spending as property prices are stabilising and various projects especially in tourism are implemented.

10 Net interest income 686 842. Net fee and commission income 167 154. Net foreign exchange gains and net gains on other Financial 48 31. instruments Insurance income net of insurance claims 44 48. Gains/(losses) from revaluation and disposal of investment properties 6 (53). and on disposal of stock of properties Other income 12 18. Total income 963 Staff costs (224) (234). Other operating expenses (173) (174). Total expenses (397) (408). Profit before provisions and impairments, gains on derecognition of loans and changes in expected cash flows, 566 632. restructuring costs and discontinued operations Provisions for impairment of customer loans, net of gains on loans (370) (959). derecognition and changes in expected cash flows Impairments of other Financial and non- Financial assets (47) (62). Provisions for litigation, claims and regulatory matters (18) (8). Share of profit from associates and joint ventures 8 6. Profit/(loss) before tax, restructuring costs and discontinued 139 (391). 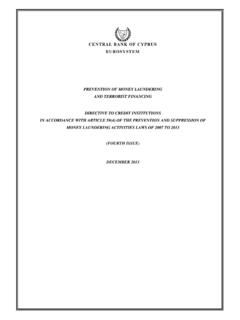 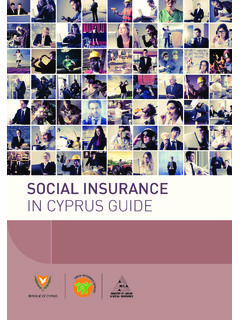 6 INTRODUCTION The first Social Insurance Scheme in Cyprus was introduced on January 1st of 1957. It covered all employed persons on a compulsory basis, with the exception of certain cat- 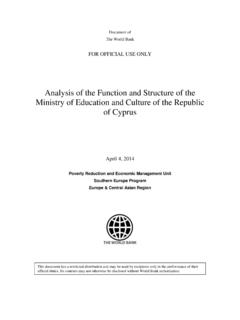 Analysis of the Function and Structure of the …

4 Executive Summary Context 1. The Government of Cyprus is committed to providing a quality education to all children. The government manifesto sets out a vision of ―an educational system which encourages a nation of free- 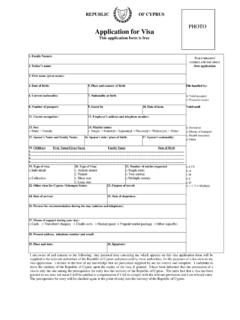 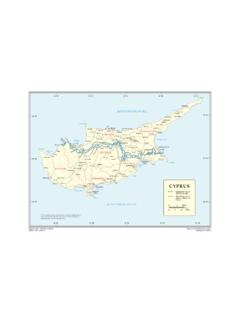 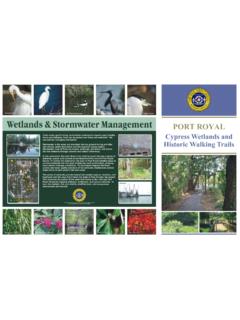