ANSWER TO ORDER TO SHOW CAUSE 2 - Irwin Schiff

IN THE COURT OF APPEALS FOR THE NINTH CIRCUIT UNITED STATES, Plaintiff-Appellee v. Nos. 06-10199, consolidated with 06-10145 and 06-10201 Irwin Schiff , Defendant-Appellant ANSWER TO ORDER TO show CAUSE AND MOTION TO VACATE AND DISMISS SAID ORDER Now comes Sheldon R. Waxman, an attorney appearing pro se and answers the ORDER to show CAUSE (hereafter, OTSC ), and moves that it be vacated for the following reasons: INTRODUCTION Counsel did not file Schiff s Original Appeal, nor did he file Schiff s Opening Brief.

2 attempting to raise frivolous issues on appeal by signing the Supplemental Brief and supporting motion”. A Deputy Clerk, on behalf of the Panel, signed the Order.

1 IN THE COURT OF APPEALS FOR THE NINTH CIRCUIT UNITED STATES, Plaintiff-Appellee v. Nos. 06-10199, consolidated with 06-10145 and 06-10201 Irwin Schiff , Defendant-Appellant ANSWER TO ORDER TO show CAUSE AND MOTION TO VACATE AND DISMISS SAID ORDER Now comes Sheldon R. Waxman, an attorney appearing pro se and answers the ORDER to show CAUSE (hereafter, OTSC ), and moves that it be vacated for the following reasons: INTRODUCTION Counsel did not file Schiff s Original Appeal, nor did he file Schiff s Opening Brief.

2 Schiff s previous counsel, Michael Nash, who Schiff discharged on June 20, 2007, did that. Counsel filed his Appearance as Schiff s attorney on June 25, 2007. On July 30, Counsel presented a Motion for Leave to File a Supplement To Schiff s Opening Brief (hereafter, Motion ). The Motion was denied by OTSC dated, September 25, 2007, and the Supplement To Schiff s Opening Brief (hereafter, Supplement ) would not be considered by the Court. The Court incorporated into the OTSC of September 25th, issued sua sponte, an allegation that Counsel should show CAUSE why he should not be sanctioned for 2attempting to raise frivolous issues on appeal by signing the Supplemental Brief and supporting motion.

3 A Deputy Clerk, on behalf of the Panel, signed the ORDER . The OTSC part of the ORDER stated, among other things, that the Supplement was frivolous in its entirety. The OTSC did not assign any specific part or parts of the Supplement that it considered frivolous but only that it was frivolous in its entirety because of two cited cases (In Re Becraft, 885 547 (9th Cir. 1989) and McConnell v. Critchlow, 661 116, 118 (9th Cir. 1981) and, also, because of the court s authority to issue sanctions, pursuant to Rule 38 of the FRAP. See, Copy of OTSC attached hereto, as Ex. F. This ANSWER proposes to provide reasons why this Court should not sanction Counsel.)

4 BACKGROUND It is only proper that a Court that is prone to sanction an attorney should know something about him. Therefore, Counsel s Biography is attached as Exhibit A. Also, the stories of Counsel s career up to 1990 can be found in his published Memoir, In The Teeth Of The Wind A Study of Power and How To Fight It (Iuniverse, 2002) hereafter referred to as In Teeth . The Table of Contents of the true stories is attached as Exhibit B. Counsel graduated from DePaul University Law School in Chicago and was licensed to practice in Illinois in 1965. Among the jobs he held thereafter were with the Chicago Legal Aid Bureau, The Edwin F.

5 Mandel Legal Aid Clinic of the University of Chicago and Staff Attorney at Argonne National Laboratory. In 1971 he was offered and accepted an appointment to the Attorney s Office for the Northern District of Illinois as an Assistant Attorney. In that capacity, he 3handled all of the usual tasks of Federal Prosecutors, including Criminal, Civil and Appeals. In 1973 he was assigned to a high profile civil case, known in his published fictionalized version as The Black Messiah Murders a Sam Cohen Case Adventure #1 (Iuniverse, 2003) the factual story appears in Chapter 5 of Exhibit B.

6 The Civil Rights lawsuit was filed by the family of those murdered and the survivors of those who were wounded. The FBI and one of its paid informers were named as The lawsuit alleged that the FBI, City of Chicago Red Squad, and the County of Cook conspired to murder Chicago Black Panther Party leader, Fred Hampton. During Counsel s investigation he discovered that the allegations of murder were true and in fact were carried out as part of the FBI s Co-Intel Program, Black Messiah Subdivision. Co-Intel was part of an overall counter-intelligence program carried out all over the country by the FBI, but included many cities that had Red Squads , to disrupt the Vietnam war protest.

7 Members of the FBI and the DOJ attempted to dissuade Counsel from revealing incriminating documents that proved the murder conspiracy. They attempted to entice Counsel to enter into a conspiracy to obstruct justice by withholding the damning documents. Counsel refused to do so and resigned his post in 1974. From the date of Counsel s resignation, he became an attorney for those oppressed by a government that had overstepped the bounds of the Constitution--a champion of the downtrodden, a defender of the persecuted, and the last resort of those who have lost all hope. As a result, he became involved in many controversial cases.

8 4 These cases made him an enemy of the establishment, especially the Federal Judiciary, the DOJ, Treasury Department and the IRS. In one of Counsel s first cases in private practice in 1975, Counsel became first involved with the Treasury Department, the Tax Division of the DOJ and the IRS. The IRS was attempting to eliminate all Independent Contractors, including lawyers, and to convert everybody into the government s payroll/withholding/employment system. The series of cases resulted from a stubborn client s resistance to the IRS attempt to intimidate him into converting his Independent Contractor telephone solicitors into payroll employees.

9 A 10-year knock down drag out fight with the Tax Division of the DOJ is known as the Dema/Tabcor litigation. See, Ex. A for Court citations to the various reported cases. Also, see Chapter 11 of Ex. B We Beat Them All. The IRS program became public when a Special Hearing of the Subcommittee on the Department of the Treasury, Postal Service and General Government Appropriations of The Senate Committee on Appropriations was held in April 1976. See, Ex. C for Counsel and his client s testimony. Thereafter, the litigation continued until Counsel met with the Staff of the Joint Committee on Taxation to discuss the end of the IRS program.

10 The result of this meeting resulted in adoption of the Safe Harbor Test , which protects Service Recipients from any repetition of the IRS intimidation. The litigation ended with a Judgment of the District Court that Counsel s client had acted properly in the categorizing of his Independent Contractors. In 1978, Counsel didn t endear himself with the IRS and the Congressional establishment when he testified before The House Committee on Ways and Means. See, 5Ex. D. See, also, Chapter 11, We Beat Them All of Ex. B. The hearing was supposedly about tax simplification but it was a sham. Congress does not want to lose the perks they receive by manipulating the IRC. 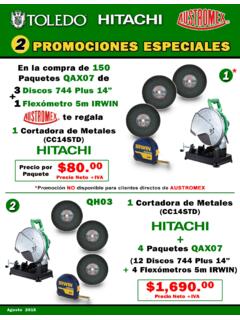