Antibiotics and Their Types - HCPreppers

Antibiotics and Their Types , Uses and Side Effects By Yury Bayarski An antibiotic is a drug that kills or slows the growth of bacteria. Antibiotics are one class of antimicrobials, a larger group which also includes anti-viral, anti-fungal, and anti-parasitic drugs. Antibiotics are chemicals produced by or derived from microorganisms ( bugs or germs such as bacteria and fungi). The first antibiotic was discovered by Alexander Fleming in 1928 in a significant breakthrough for medical science. Antibiotics are among the most frequently prescribed medications in modern medicine. Some Antibiotics are 'bactericidal', meaning that they work by killing bacteria. Other Antibiotics are 'bacteriostatic', meaning that they work by stopping bacteria multiplying. Each different type of antibiotic affects different bacteria in different ways. For example, an antibiotic might inhibit a bacterium's ability to turn glucose into energy, or its ability to construct its cell wall.

2 When this happens, the bacterium dies instead of reproducing. Some Antibiotics can be used to treat a wide range of infections and are known as 'broad-spectrum' Antibiotics . Others are only effective against a few Types of bacteria and are called 'narrow-spectrum' Antibiotics . Side effects of Antibiotics Antibiotics can literally save lives and are effective in treating illnesses caused by bacterial infections. However, like all drugs, they have the potential to cause unwanted side effects. Many of these side effects are not dangerous, although they can make life miserable while the drug is being taken. In general, Antibiotics rarely cause serious side effects. The most common side effects from Antibiotics are diarrhea, nausea, vomiting. Fungal infections of the mouth, digestive tract and vagina can also occur with Antibiotics because they destroy the protective 'good' bacteria in the body (which help prevent overgrowth of any one organism), as well as the 'bad' ones, responsible for the infection being treated.

4 Macrolides bind with ribosomes from susceptible bacteria to prevent protein production. This action is mainly bacteriostatic, but can also be bactericidal in high concentrations. Macrolides cause very little allergy problems compared to the penicillins and cephalosporins, the biggest concern with these medicines is that they can irritate the stomach. The most commonly-prescribed macrolides: erythromycin clarithromycin azithromycin roxithromycin Aminoglycosides Aminoglycoside Antibiotics are used to treat infections caused by gram-negative bacteria. Aminoglycosides may be used along with penicillins or cephalosporins to give a two-pronged attack on the bacteria. Aminoglycosides work quite well, but bacteria can become resistant to them. Since aminoglycosides are broken down easily in the stomach, they can't be given by mouth and must be injected. When injected, Their side effects include possible damage to the ears and to the kidneys.

7 Common side effects of fluoroquinolones include mainly the digestive system: mild stomach pain or upset, nausea, vomiting, and diarrhea. These are usually mild and go away over time. Fluoroquinolones should not be given during pregnancy. Fluoroquinolones inhibit bacteria by interfering with Their ability to make DNA. This activity makes it difficult for bacteria to multiply. This effect is bacteriocidal. The most commonly-prescribed fluoroquinolones: ciprofloxacin gatifloxacin gemifloxacin levofloxacin moxifloxacin norfloxacin ofloxacin trovafloxacin Penicillins Penicillin was the first antibiotic discovered by Alexander Fleming in 1929. Penicillins are used to treat skin infections, dental infections, ear infections, respiratory tract infections, urinary tract infections, gonorrhea. Penicillins are sometimes combined with other ingredients called beta-lactamase inhibitors, which protect the penicillin from bacterial enzymes that may destroy it before it can do its work.

8 Penicillins are usually very safe. The greatest risk is an allergic reaction, which can be severe. People who have been allergic to cephalosporins are likely to be allergic to penicillins. Penicillins block the construction of bacteria cell walls, causing the walls to break down, and eventually killing the bacteria. The most commonly-prescribed penicillins: amoxicillin ampicillin bacampicillin oxacillin penicillin Tetracyclines Tetracyclines are a family of Antibiotics used to treat a broad spectrum of bacterial infections. Tetracyclines were discovered in the late 1940s and were extremely popular when they were first discovered. The tetracycline Antibiotics have a very broad spectrum of action. Tetracyclines are used to treat mild acne, Rocky Mountain spotted fever, Lyme Disease, upper respiratory tract infections, urinary tract infections, sexually transmitted diseases, typhus. The most commonly-prescribed tetracyclines: tetracycline doxycycline minocycline antibiotic resistance Antibiotics are extremely important in medicine, but unfortunately bacteria are capable of developing resistance to them.

9 antibiotic -resistant bacteria are germs that are not killed by commonly used Antibiotics . When bacteria are exposed to the same Antibiotics over and over, the bacteria can change and are no longer affected by the drug. Bacteria have number of ways how they become antibiotic -resistant. For example, they possess an internal mechanism of changing Their structure so the antibiotic no longer works, they develop ways to inactivate or neutralize the antibiotic . Also bacteria can transfer the genes coding for antibiotic resistance between them, making it possible for bacteria never exposed to an antibiotic to acquire resistance from those which have. The problem of antibiotic resistance is worsened when Antibiotics are used to treat disorders in which they have no efficacy ( Antibiotics are not effective against infections caused by viruses), and when they are used widely as prophylaxis rather than treatment.

10 Resistance to Antibiotics poses a serious and growing problem, because some infectious diseases are becoming more difficult to treat. Resistant bacteria do not respond to the Antibiotics and continue to cause infection. Some of these resistant bacteria can be treated with more powerful medicines, but there some infections that are difficult to cure even with new or experimental drugs. Yury Bayarski is the author of website. Please follow this link if you would like to read more about antibiotic medications Article Source. 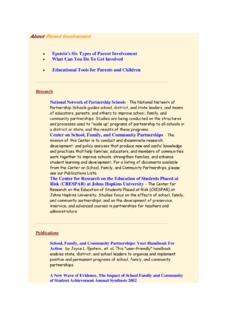 SCREW POINT TYPES Tapping Screws (Type A, AB, B) Type A point: A thread forming screw for use in thin metal .015 to .050 thick. Used with drilled, punched or nested holes in sheet metal, resin impregnated plywood, 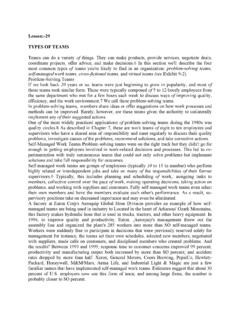 Lesson:-29 TYPES OF TEAMS Teams can do a variety of things.They can make products, provide services, negotiate deals, coordinate projects, offer advice, and make decisions.6 In this section we'll describe the four

Types of Grating Welded steel grating is made by ...

Personality Scoring Sheet Transfer all your marks from the first sheet to this sheet and add up your totals. The words are in a different order on the profile and scoring sheets