3 Patterns. Observed patterns of forms and events guide organization and classification, and they prompt questions about relationships and the factors that influence them. 2. Cause and effect: Mechanism and explanation. Events have causes, sometimes simple, sometimes multifaceted. A major activity of science is investigating and explaining causal relationships and the mechanisms by which they are mediated. Such mechanisms can then be tested across given contexts and used to predict and explain events in new contexts.

4 3. Scale, proportion, and quantity. In considering phenomena, it is critical to recognize what is relevant at different measures of size, time, and energy and to recognize how changes in scale, proportion, or quantity affect a system s structure or performance. 4. Systems and system models. Defining the system under study specifying its boundaries and making explicit a model of that system provides tools for understanding and testing ideas that are applicable throughout science and engineering. 5. Energy and matter: Flows, cycles, and conservation.

5 Tracking fluxes of energy and matter into, out of, and within systems helps one understand the systems possibilities and limitations. 6. Structure and function. The way in which an object or living thing is shaped and its substructure determine many of its properties and functions. 7. Stability and change. For natural and built systems alike, conditions of stability and determinants of rates of change or evolution of a system are critical elements of study. The Framework notes that Crosscutting Concepts are featured prominently in other documents about what all students should learn about science for the past two decades.

6 These have been called themes in Science for All Americans (AAA 1989) and Benchmarks for Science Literacy (1993), unifying principles in National Science Education Standards (1996), and Crosscutting ideas NSTA s Science Anchors Project (2010). Although these ideas have been consistently included in previous standards documents the Framework recognizes that students have often been expected to April 2013 NGSS Release Page 2 of 17 build such knowledge without any explicit instructional support.

7 Hence the purpose of highlighting them as Dimension 2 of the framework is to elevate their role in the development of standards, curricula, instruction, and assessments. (p. 83) The writing team has continued this commitment by weaving Crosscutting Concepts into the performance expectations for all students so they cannot be left out. Guiding Principles The Framework recommended Crosscutting Concepts be embedded in the science curriculum beginning in the earliest years of schooling and suggested a number of guiding principles for how they should be used.

9 For example, when approaching a complex phenomenon (either a natural phenomenon or a machine) an approach that makes sense is to begin by observing and characterizing the phenomenon in terms of patterns. A next step might be to simplify the phenomenon by thinking of it as a system and modeling its components and how they interact. In some cases it would be useful to study how energy and matter flow through the system, or to study how structure affects function (or malfunction). These preliminary studies may suggest explanations for the phenomena, which could be checked by predicting patterns that might emerge if the explanation is correct, and matching those predictions with those observed in the real world. 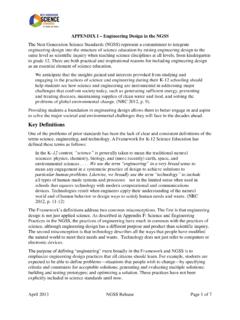 April 2013 NGSS Release Page 1 of 7 APPENDIX I – Engineering Design in the NGSS The Next Generation Science Standards (NGSS) represent a commitment to integrate ...

Next, Generation, Sciences, Next generation science 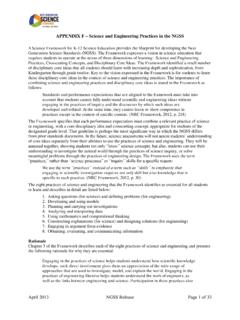 APPENDIX F Science and Engineering Practices in the NGSS

April 2013 NGSS Release Page 1 of 33 APPENDIX F – Science and Engineering Practices in the NGSS A Science Framework for K-12 Science Education provides the blueprint for developing the Next Generation Science Standards (NGSS). The Framework expresses a vision in science education that requires students to operate at the nexus of three dimensions of learning: Science and Engineering 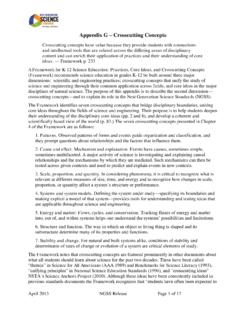 April 2013 NGSS Release Page 3 of 17 Crosscutting concepts can provide a common vocabulary for science and engineering.

Preparing Students for a Lifetime of Success 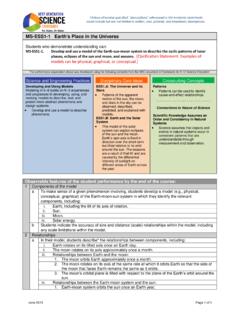 MS-ESS1-1 Earth's Place in the Universe K.Forces and Interactions: Pushes and Pulls

K.Forces and Interactions: Pushes and Pulls *The performance expectations marked with an asterisk integrate traditional science content with engineering through a Practice or Disciplinary Core Idea. 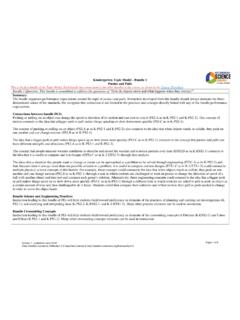 Kindergarten Topic Model - Bundle 1 Pushes and Pulls . This is the first bundle of the Topic Model. Each bundle has connections to the other bundles in the course, as shown in the 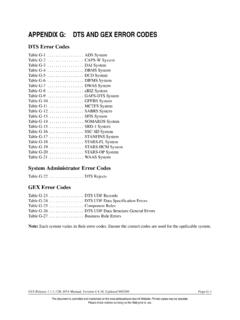