ARBITRATOR BIAS IN THE U.S.: A PATCHWORK OF …

ARBITRATOR BIAS IN THE U.S.: A PATCHWORK OF DECISIONS By Mitchell L. Lathrop1 The statutes governing arbitration in the …

3 The painting contract contained an arbitration provision for the resolution of disputes. Both parties appointed an ARBITRATOR , and the two party-appointed arbitrators selected the third ARBITRATOR , an engineering consultant for building construction projects. One of the consultant's regular customers was the prime contractor whose sureties were defendants in the case. The evidence showed that the consultant's relationship with the prime contractor was sporadic, and there had been no dealings between them for about a year immediately preceding 1. Mr. Lathrop is a Chartered ARBITRATOR and a Fellow of the Chartered Institute of arbitrators . He serves as an ARBITRATOR for a number of domestic and international arbitral providers. Mr. Lathrop is licensed to practice law in California, New York and the District of Columbia.

4 Mr. Lathrop may be reached on e-mail at 2. Kellor, American Arbitration (1st ed. 1948) 236-237. 3. 393 145, 89 337, 21 301 (1968). -1- the arbitration. At the same time, the prime contractor's utilization of the consultant's services was repeated and significant. The consultant had even rendered services on the very projects which were involved in the lawsuit. The parties proceeded to arbitrate the dispute. The facts concerning the close business relationship between the consultant and the prime contractor were unknown to Commonwealth Coatings and were never revealed to it by the consultant or the prime contractor until after an award had been made. Commonwealth Coatings challenged the award on the ground of ARBITRATOR bias , among others. Nevertheless, the District Court refused to set aside the award and the Court of Appeals The United States Supreme Court granted In a 6-to-3 decision , the Supreme Court reversed, holding that where the ARBITRATOR has a substantial interest in a firm which has done more than trivial business with a party, that fact must be disclosed.

5 If arbitrators err on the side of disclosure, as they should, it will not be difficult for courts to identify those undisclosed relationships which are too insubstantial to warrant vacating an award. 6 The Court observed: It is true that arbitrators cannot sever all their ties with the business world, since they are not expected to get all their income from their work deciding cases, but we should, if anything, be even more scrupulous to safeguard the impartiality of arbitrators than judges, since the former have completely free rein to decide the law as well as the facts and are not subject to appellate review. We can perceive no way in which the effectiveness of the arbitration process will be hampered by the simple requirement that arbitrators disclose to the parties any dealings that might create an impression of possible In the years which have followed the Commonwealth Coatings decision , courts have been divided on precisely what is a sufficient showing of bias to justify disqualification of an ARBITRATOR or vacation of an award.

7 Kern. In 1965 the parties had entered into a long term lease of property owned by Kern. The lease provided for periodic recalculation of the rent. For the period of August 1990 to August 1998 the rent was agreed to be either $ 310,000 or 6% of the appraised value of the land, whichever was greater. The lease contained an arbitration provision which provided that if the parties were unable to agree on rent for the period, they would resolve the dispute by arbitration. Excelsior 57th Corporation commenced an arbitration in July 1990 and named Jerome Block as its ARBITRATOR . Kern brought a special proceeding seeking Block's disqualification on the grounds that he had previously worked on an unrelated matter with Excelsior's counsel and was, therefore, not fit and impartial. After the trial court refused to stay the arbitration or disqualify Block, the arbitration proceeded.

8 The umpire and Excelsior's party-appointed ARBITRATOR , Bryant, agreed and an award was issued, to which Block dissented. The trial court confirmed the award and entered judgment in favor of Excelsior. Kern appealed. Block had revealed that during the pendency of the arbitration proceeding, the umpire selected by the two party-appointed arbitrators received a communication from a nonparty representing Morgan Guaranty Trust Company of New York. Morgan Guaranty had obtained the umpire's name from the law firm representing Excelsior in the ongoing arbitration. Morgan Guaranty was considering hiring an ARBITRATOR and appraiser for an upcoming matter. The umpire did not disclose the communication to the parties at any time prior to the issuance of the The Appellate Division reversed the trial court's confirmation of the award, noting: The failure of the neutral umpire to disclose the existence and nature of the communication by the Morgan Guaranty Trust Company representative raises, under the particular circumstances herein, a question of possible bias or partiality, since the umpire's name was referred to Morgan Guaranty by the petitioner's attorney well before the panel's deliberations had begun and this was made known to the umpire.

9 Consequently, the integrity of the process appears to have been compromised. The record demonstrates that communication between the umpire and Morgan Guaranty Trust Company did not become known to the respondents until after issuance of the panel's determination, and in these circumstances at a minimum, it created an appearance of impropriety. The arbitration was commenced once again and once again Excelsior appointed Bryant as its party-appointed ARBITRATOR . Kern brought a proceeding to stay the arbitration and to disqualify Bryant. Bryant submitted three affidavits in connection with the disqualification proceedings in 9. 218 528, 630 492 (1995). 10. See Matter of Kern, 204 152, 153, 611 547 (1994). -3- which he attacked Block's partiality to Kern and was particularly agitated that Block revealed the communication made to the umpire by Morgan Guaranty, thereby causing a vacatur of the award.

10 The Appellate Division ruled, Based on Bryant's comments concerning the prior arbitration including, but not limited to, his statements about the petitioner's conduct, and his precarious position of having already heard the evidence, we find that he cannot fairly hear the evidence in this case. His actions and his contact with the party seeking his appointment demonstrate evident partiality'. The court ruled that neither Bryant nor Block could be reappointed as arbitrators in the new arbitration. Some situations seem more obvious than others. In Morelite Construction Corp. v. New York City District Council Carpenters Benefit Funds ( Morelite ),11 the Second Circuit vacated an arbitral award where one of the arbitrators was the son of the vice-president of the United Brotherhood of Carpenters and Joiners of America, the international union of which the District Union was a local. 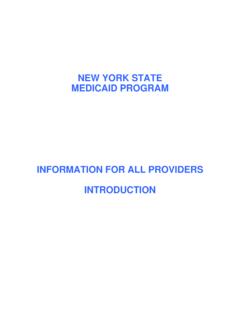 INFORMATION FOR ALL PROVIDERS INTRODUCTION