3 Geodesic frame is a structural system which distributes loads to supports through a linear arrangement of members placed in a spherical plane. The geodesic dome can be built as a hemisphere, less than a hemisphere or more than a hemisphere. Originating in 1920s Germany, the system was fully developed and patented by R. Buckminster Fuller who, beginning in the 1940s, designed large domes that covered great expanses of industrial and exhibition space as well as small wooden prefab or kit domes; the Pease Fuller dome and others. Domestic-scale geodesic dome kits are still being marketed and erected nationwide, and scratch-built domes have been popular since the 1960s. Small-scale geodesic domes are currently being manufactured for greenhouses and playground climbing structures.

4 67. Geodesic domes have been used for practically every building type, including residences, recreation buildings, pavilions, military units, etc. Widely published in pattern books such as Domebook I (1969). and Domebook II (1971), the simplicity of the form allowed amateur builders to construct Geodesic Domes at their own leisure and they often became identified with alternative lifestyles. Alan Higgins .. 67. References: .. 67. 68. Solar .. 69. A-Frame .. 71. Shed Style .. 72. Environmental 73. High Tech/Late Modernism/Slick Tech .. 74. iii 76. Organic Architecture .. 78. iv Introduction A Style is a label that allows us to identify salient aspects of our history it expresses our worldview, our aspirations William Morgan in The Abrams Guide to American House styles .

5 According to Alan Gowans in styles and types of North American Architecture , Architecture was always about something. Specifically, it was about values held by the people who had it built. Historically it was always a prime means of reinforcing those values by means of forms understood within given societies as visual metaphors of value and the validity of institutions they underlie. Such visual metaphors were created through combinations of styles and types . Style is constituted by visual effects, of three sorts: ornament, proportion, and shapes. His examples included: Colonial . transmitted ideas, attitudes and values from the Old to the New World; Classical styles (in the , the Federal and Greek Revival of the 18th and early 19th Centuries) which promoted principles of the American Revolution and the new government, the inspiration was the republics of classical antiquity.

6 And Picturesque styles promoted romantic images of luxury (attainable through free-enterprise). In the 1950s and 60s, most architects bristled at any mention of Style believing functionalism met the need for building without unnecessary Style or decoration. Following the 1966 publication of Robert Venturi's Complexity and Contradiction in Architecture and the subsequent popularity of Post Modernism, Style returned to the vocabulary of the Architectural profession. Vernacular is a popular term for describing rural or traditional building, what many cultural geographers prefer to call Common building. Beginning in the mid-1960s with the MOMA exhibition and publication Architecture without Architects: A Short Introduction to Non-Pedigreed Architecture (Bernard Rudofsky, 1964), vernacular came to mean buildings built without professional designers; to architects trained in that era, the terms vernacular and Style seem incongruous.

7 More recently, the term vernacular grew to embrace popular building. Whether the design originated at the point of an architect's pencil (or cursor) or within the pages of a builder's magazine is now less important than - is it a common building form? Is it in the vernacular, the common language of building (and of regional building)? In HPD's Architectural classification definitions, common building is described under various folk styles , for consistency with our earlier guidance and to communicate that simple building types and forms often emerged from the folk traditions of New Mexico and, like high Style buildings, reflect our rich cultural history. No visible or discernible Style ? It is quite possible for a building to lack decorative elements or to have a form that might not yet be recognizable as significant, yet still convey its historic character.

8 For example, many turn-of-the-century storefronts and commercial facades may lack such details as 1. classical columns or scroll carving yet through their simple, intact historic features may communicate the historic character of their era and of the district. Marcus Whiffen, author of American Architecture Since 1780 , pointed out that styles possess almost limitless capacity for hybridization and there is no general agreement about nomenclature; many trends of architecture past and present have not been named at all. There are temporal limits for the vitality of a Style , it degenerates into a mere habit of design (long after new needs have produced new responses). The first step is to see those visible characteristics by looking at buildings the outside view. Please note that Style names differ by region, by the era in which they are studied or written about, or by the person or institution defining them.

9 We have included alternative names and National Register of Historic Places classifications in the headings. Our nomenclature roughly parallels that of HPD's earlier publications and NMDOT's recent Roadside Architecture and Objects in New Mexico . Modern styles , especially those of the 1940s, 50s and 60s, are in the process of being identified and defined. While often grouped as Mid-Century Modern , we broke them down into separate styles and types under the Modernism classification (or the National Register's Modern Movement classification ). HPD's earlier publications have been greatly relied on as sources and are not included in the references at the bottom of each definition. They include the 1980 New Mexico Historic Building Inventory Manual and the Historic Cultural Properties Inventory Manual of 2001.

10 We have included lists of styles as the first two drop-downs of the survey form in case a building falls into two stylistic categories. If more than two styles are needed, please use the Mixed category and explain in further detail in the survey form. The third drop-down is an in-progress list of building types . We included both building forms and functions. Please check one or more boxes. This is a review draft distributed for comment. Please send your comments to NMCRIS Support group email address at 2. Pueblo/ Pueblo Vernacular Pre-1598 present Indigenous (NR Architectural classification : Other). Today 20 tribes with 35 to 40 villages exist in northern New Mexico and northeastern Arizona with different origins and languages, but shared agricultural, Architectural and religious practices. 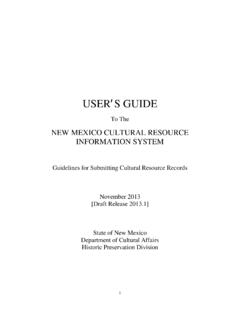 3 A Cooperative Endeavor In order to realize the vision outlined above, it is important to understand that NMCRIS is a cooperative endeavor shared by all users. It is vital that researchers, consultants, land managers, and reviewers, as

CHECK YOUR VOCABULARY FOR - Queen's School … 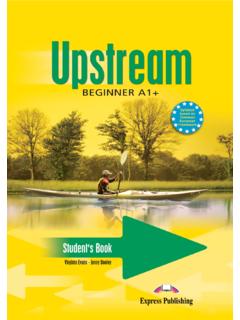 Colours 7 a. Look, read and match. b. Talk with your friend. A: What’s your favourite colour? B: Blue. What about you? c. Put the colours in alphabetical order. 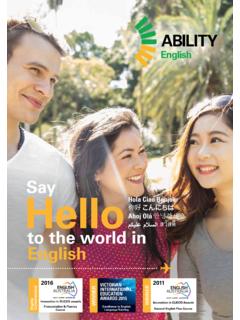 Y ou’ve seen the section in bookstores— “Women’s Studies,” a jumble of lesbian propaganda disguised as clinical research into straight sex lives; the “blessed-be’s” and 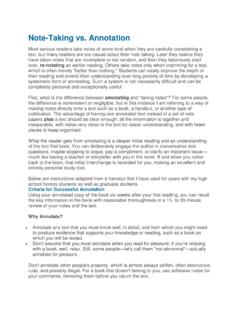 Note-Taking vs. Annotation Most serious readers take notes of some kind when they are carefully considering a text, but many readers are too casual about their note-taking.