Are We There Yet? Data Saturation in Qualitative Research

There is no -sizeone-fits-all method to reach data saturation. This is because study designs are not universal. However, researchers do agree on some general principles and concepts: no new data, no new themes, no new coding, and ability to replicate the study

2 Failure to reach data Saturation has an impact on the quality of the Research conducted and hampers content validity (Bowen, 2008; Kerr, Nixon, & Wild, 2010). Students who design a Qualitative Research study come up against the dilemma of data Saturation when interviewing study participants (O'Reilly & Parker, 2012; Walker, 2012). In particular, students must address the question of how many interviews are enough to reach data Saturation (Guest, Bunce, & Johnson, 2006). A frequent reference for answering this question is Mason (2010), who presented an extensive discussion of data Saturation in Qualitative Research . However, the paper's references are somewhat dated for doctoral students today, ranging in dates from 1981-2005 and consisting mainly of textbooks. Although the publication date of the article is 2010, this is one of those types of articles that have older data masquerading as newer. The Mason (2010) article was recently updated to reflect a more contemporary date; however, the article did not update the content other than a few more recent citations.

3 That is not to say that the article has no merit; instead, the concepts behind data Saturation remain universal and timeless. Mason has a talent for explaining the difficult in terms that most can understand. Moreover, many students use Mason's work as support for their proposals and studies. To be sure, the concept of data Saturation is not new and it is a universal one, as well. What is of concern is that Mason supported his assertions with textbooks and dated sources. When deciding on a study design, the student should aim for one that is explicit regarding how data Saturation is reached. Data Saturation is reached when There is enough information to replicate the study (O'Reilly & Parker, 2012; Walker, 2012), when the ability to obtain additional new information has been attained (Guest et al., 2006), and when further coding is no longer feasible (Guest et al., 2006). One Size Does Not Fit All The field of data Saturation is a neglected one. The reason for this is because it is a concept that is hard to define.

4 This is especially problematic because of the many hundreds if not thousands of Research designs out There (Marshall & Rossman, 2011). What is data Saturation for one is not nearly enough for another. Case in point: ethnography is known for a great deal of data Saturation because of the lengthy timelines to complete a study as well as the multitude of data collection methods used. In contrast, meta-analysis can be problematic 1409 The Qualitative Report 2015. because the researcher is using already established databases for the information; therefore, the researcher is dependent upon prior researchers reaching data Saturation . In the case of a phenomenological study design, the point at which data Saturation has been attained is different than if one were using a case study design. To be sure, the use of probing questions and creating a state of epoch in a phenomenological study design will assist the researcher in the quest for data Saturation ; however, a case study design parameters are more explicit (Amerson, 2011; Bucic, Robinson, & Ramburuth, 2010).

5 There is no one-size-fits-all method to reach data Saturation . This is because study designs are not universal. However, researchers do agree on some general principles and concepts: no new data, no new themes, no new coding, and ability to replicate the study (Guest et al., 2006). When and how one reaches those levels of Saturation will vary from study design to study design. The idea of data Saturation in studies is helpful; however, it does not provide any pragmatic guidelines for when data Saturation has been reached (Guest et al., 2006). Guest et al noted that data Saturation may be attained by as little as six interviews depending on the sample size of the population. However, it may be best to think of data in terms of rich and thick (Dibley, 2011) rather than the size of the sample (Burmeister, & Aitken, 2012). The easiest way to differentiate between rich and thick data is to think of rich as quality and thick as quantity. Thick data is a lot of data; rich data is many- layered, intricate, detailed, nuanced, and more.

6 One can have a lot of thick data that is not rich; conversely, one can have rich data but not a lot of it. The trick, if you will, is to have both. One cannot assume data Saturation has been reached just because one has exhausted the resources. Again, data Saturation is not about the numbers per se, but about the depth of the data (Burmeister & Aitken, 2012). For example, one should choose the sample size that has the best opportunity for the researcher to reach data Saturation . A large sample size does not guarantee one will reach data Saturation , nor does a small sample size rather, it is what constitutes the sample size (Burmeister & Aitken, 2012). What some do not recognize is that no new themes go hand-in-hand with no new data and no new coding (O'Reilly & Parker, 2012). If one has reached the point of no new data, one has also most likely reached the point of no new themes; therefore, one has reached data Saturation . Morse, Lowery, and Steury (2014) made the point that the concept of data Saturation has many meaning to many researchers; moreover, it is inconsistently assessed and reported.

7 What is interesting about their study results is that the authors noted that in their review of 560 dissertations that sample size was rarely if ever chosen for data Saturation reasons. Instead, the sample size was chosen for other reasons (Morse et al., 2014). Data Collection Methods to Reach Saturation During the study, a novice researcher can conduct the Research in a manner to attain data Saturation (Francis et al., 2010; Gerring, 2011; Gibbert & Ruigrok, 2010; Onwuegbuzie, Leech, & Collins, 2010) by collecting rich (quality) and thick (quantity) data (Dibley, 2011), although an appropriate study design should also be considered. One could choose a data collection methodology that has been used before (Porte, 2013) that demonstrated data Saturation had been reached; moreover, one would correctly document the process as evidence (Kerr et al., 2010). Interviews are one method by which one's study results reach data Saturation . Bernard (2012) stated that the number of interviews needed for a Qualitative study to reach data Saturation was a number he could not quantify, but that the researcher takes what he can get.

8 Moreover, interview questions should be structured to facilitate asking multiple participants the same questions, otherwise one would not be able to achieve data Saturation as it would be Patricia I. Fusch and Lawrence R. Ness 1410. a constantly moving target (Guest et al., 2006). To further enhance data Saturation , Bernard (2012) recommended including the interviewing of people that one would not normally consider. He cautioned against the shaman effect, in that someone with specialized information on a topic can overshadow the data, whether intentionally or inadvertently (Bernard, 2012). Finally, care should be taken when confronting gatekeepers at the Research site who may restrict access to key informants (Holloway, Brown, & Shipway, 2010) which would hamper complete data collection and data Saturation . Another example of data collection methods would be a focus group session. A focus group interview is a flexible, unstructured dialogue between the members of a group and an experienced facilitator/moderator that meets in a convenient location (Brockman et al.)

9 , 2010;. Jayawardana & O'Donnell, 2009; Packer-Muti, 2010). The focus group interview is a way to elicit multiple perspectives on a given topic but may not be as effective for sensitive areas (Nepomuceno & Porto, 2010). This method drives Research through openness, which is about receiving multiple perspectives about the meaning of truth in situations where the observer cannot be separated from the phenomenon (Natasia & Rakow, 2010). This concept is found in interpretive theory wherein the researcher operates thorough a belief in the multiplicity of peoples, cultures, and means of knowing and understanding (Natasia & Rakow, 2010). For focus groups it is recommended that the size of the group include between six and 12 participants, so that the group is small enough for all members to talk and share their thoughts, and yet large enough to create a diverse group (Lasch et al., 2010; Onwuegbuzie et al., 2010). Focus groups have limitations pertaining to a propensity for groupthink in that members pressure others to conform to group consensus (Dimitroff, Schmidt, & Bond, 2005).

10 Furthermore, a focus group session that elicits useful information can be dependent on the skills of the facilitator as well as the failure to monitor subgroups with the focus group (Onwuegbuzie et al., 2010). Therefore, a focus group is one way to elicit a number of perspectives on a given topic to reach data Saturation if one had a large pool of potential participants to draw from. This would be appropriate if one were already conducting individual interviews with a small number of participants and one would like to get a group perspective about the phenomenon. For example, after interviewing five senior executive level leaders individually, one could interview 5-8 more senior executive level leaders as a group. To be sure, There are individual perspectives that should be explored as well as a group perspective that could also be relevant. It is a good strategy to use to gather a great deal of data in a short amount of time. Other methods to ensure that data Saturation has been achieved include having the researcher construct a Saturation grid, wherein major topics are listed on the vertical and interviews to be conducted are listed on the horizontal (Brod, Tesler, & Christiansen, 2009). Death of a Salesman

Death, Salesman, Death of a salesman

This book contains resources that support five Student Edition chapters of Physics: Principles and Problems. The worksheets and activities have been developed to help you teach these chapters …

Study Guide:These pages help your students learn physics vocabulary and concepts. Study Guide worksheets typically consist of six pages of ques-tions and exercises for each of the five Student Edi-tion chapters supported in this book. Items are presented in a variety of objective formats: match-

Learning French Is Twice as Easy with This Helpful 2 …

•Hospital-acquired infections •Infections which are a result of treatment in a hospital or hospital-like setting, but secondary to the patient's original condition (Wikipedia, 2006) Analysis. 7. Nosocomial Infections. Why the focus? •2 million U.S. hospital patients are affected •In 1995, nosocomial infections ¾Cost $4.5 billion ¾Contributed to more … 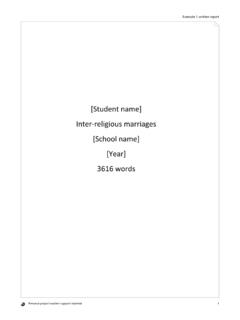 Personal project teacher support material 3 Example 1: written report 2 THE GOAL I met religious discrimination early in my childhood when, with the collapse of the Soviet Union, the 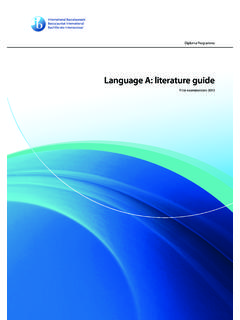 Language A: literature guide 1 Purpose of this document Introduction This publication is intended to guide the planning, teaching and assessment of the subject in schools. 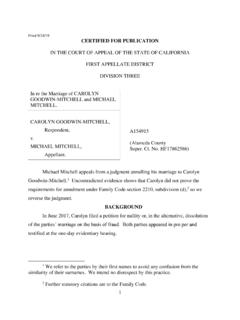 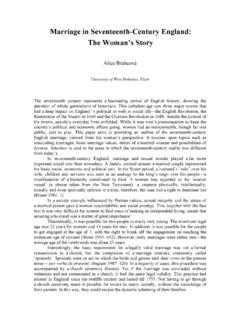 Marriage in Seventeenth-Century England: The Woman’s Story 23 You will think, perhaps, I need not advise you to love your Wife! The Lord teach you how to do it;—or else it will be done ill-favouredly. 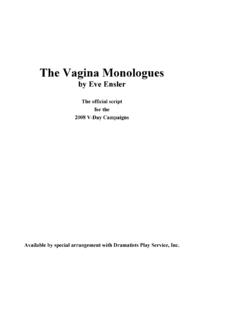 To order copies of the acting edition of the script of “The Vagina Monologues” (the original – different from the V-Day version of the script) for memento purposes, to sell at …