5 Part VIII: School Vacation/Recess Participation Policy For the safety of our student-athletes, students who do not participate in scheduled practices/contests during a

7 (Other physicals will not be accepted.). o The student-athlete passes a physical fitness test as per New York State regulations. An Athletic Placement Process form shall be submitted to Section III for any student-athlete who meets all criteria listed above. Part V: Attendance Daily Attendance: In order for a student-athlete to attend or participate in a practice or game, it is necessary that the student attend classes for the full School day on the day of the activity. o Students will not be allowed to participate in the day's event or practice if they enter School after 10am. Medical excuses (from a doctor), court requirements, and bereavement are the only exceptions to this rule. Students will be expected to attend practices or events, but will not be allowed to participate. o Student-athletes excused early for a medical appointment must bring a medical excuse to return to School for an Athletic practice or event.

8 Medical excuses should be submitted to the attendance office or the coach if returning outside normal School hours. o If a student-athlete is absent from School on the last scheduled day of the week, the student-athlete will not participate in practices or games for the remainder of the week, including Saturday and/or Sunday, unless the student-athlete's coach is presented with a legal excuse for the day's absence at the beginning of the practice or game. Part VI: Team Travel Rules On team trips, student-athletes will ride to and from the event on district transportation unless otherwise determined by the individual coach. With the coach's consent, a student may leave an event with their parents and/or guardians, or with prior approval, grandparent or sibling. In this case, the parent, guardian, or grandparent must sign out the student- athlete in person on an Off-Campus School Sponsored Event Sign-Out Sheet.

9 Student-athletes are prohibited from leaving off-campus events with anyone other than a parent, legal guardian, or grandparent, or sibling. Failure to adhere to these rules may result in disciplinary action. Part VII: Equipment and Property All student-athletes are held personally and financially responsible for the equipment issued to them. If School equipment is lost, returned in poor condition (given consideration for normal wear and use), or not paid for, the student-athlete will forfeit any honors/awards for that sport and will be ineligible to participate on an Athletic team until the equipment is returned or paid for. A senior athlete who fails to return equipment, replace it, or pay for it prior to graduation will forfeit participation in the graduation ceremony. 4. Part VIII: School Vacation/Recess participation Policy For the safety of our student-athletes, students who do not participate in scheduled practices/contests during a School vacation/recess will participate in a period of reconditioning upon their return. 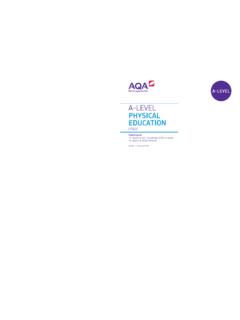 8 Visit aqa.org.uk/7582 for the most up-to-date specifications, resources, support and administration 3 Subject content 3.1 Factors affecting participation in physical activity and 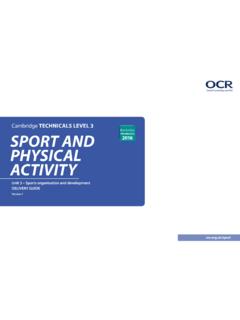 Sports, Activity, Physical, Sport and, In sport and physical activity