ATTACHMENT I Speeches and presentations I. Opening 1 ...

4 barbara prammer 19TH UN/INTOSAI SYMPOSIUM - 1 - President of the Austrian National Council barbara prammer at UN-INTOSAI Symposium: Public auditing is a pillar of parliamentarianism and democracy "Public auditing is one of the pillars of parliamentarianism and democracy. Therefore, cooperation with the supreme audit institutions is of fundamental importance to the parliaments," stressed the President of the Austrian National Council, barbara prammer , at the "UN-INTOSAI Symposium on value and benefits of Government Audit in a Globalised Environment" at the Vienna International Center on Wednesday. There is no doubt that an ordinary and transparent budget is the prerequisite for a well-organized political system and a working democracy. "With its fight against corruption and misgovernment, INTOSAI renders an essential contribution to the social peace in state and society", barbara prammer emphasized.

5 She was especially content that the Austrian Court of Audit hosts the General Secretariat of INTOSAI. For more than 50 years, INTOSAI has been offering its members an exchange of experiences and information and has thus rendered an essential contribution to meeting the growing challenges public auditing is facing. The vast number of high-profile participants in this symposium shows the importance of this topic of public auditing. The international comparison the supreme audit institutions are striving for with their universal system of key performance indicators is an "interesting approach" for barbara prammer . The President of the National Council was convinced that with this, a further milestone would be set on the road to strengthening public auditing and thus parliamentarianism. ITEM / POINT / TOP / PUNTO 2 EXPERIENTIA MUTUAOMNIBUS PRODEST 19th UN/INTOSAI Symposium 19e Symposium ONU/INTOSAI 19.

7 Esther Stern representing the United Nations; Representative of the World Bank; Representatives of academia; Dear participants! I am delighted that the cooperation between the United Nations (UN) and INTOSAI is now being continued in this 19th joint event. INTOSAI is an international organisation which enjoys special consultative status with the UN Economic and Social Council (ECOSOC). INTOSAI has always considered this status a privilege, but at the same time a serious commitment with all the duties and obligations it entails. This 19th UN/INTOSAI symposium once again clearly manifests that INTOSAI is staunchly supporting the goals of the United Nations and is living up to its responsibilities arising from its special status with UN ECOSOC. I therefore thank our co-organiser, the United Nations, for having endorsed the topic of Value and Benefits of Government Audit in a Globalised Environment as a most relevant choice for our symposium.

8 Both the private and the public sectors must always ask themselves what value and benefit precisely they are delivering. Needless to say that this also holds good for government audit. In the private sector, companies routinely assess the value and benefit of their operations (ultimately their profitability) through financial accounting. Failure to do so may threaten their survival. Companies have widely used indicators as an evaluation instrument to measure all relevant quantifiable parameters. Complex indicator systems serve as information and controlling tools to record outcome and impact, and are a useful yardstick for assessing a company s business performance. Cost and results accounting systems, cost-benefit analyses, or controlling systems, are used to record and track how costs and results develop over time.

9 Dr. Josef Moser - 2 - And yet, the private sector has not been able to develop indicator systems that are generally valid across all industries, even though they all focus on profitability as a common goal. This clearly shows how difficult it is to elaborate indicator systems of general validity. In the public sector, the discussion about the value and benefit of public-sector activities has arisen only recently. Facing serious budgetary constraints, policy-makers and administrators are increasingly under pressure to assess the cost of public service-delivery in order to obtain a decision-making basis about how to enhance the efficiency of government activity. Economic integration and globalisation, with all the challenges they present, a new conception of the role of government ( rolling back the state ), and new ways government is doing business (spin-offs, privatisations, public-private partnerships, etc.)

10 , have prompted a number of countries to initiate and implement comprehensive reforms of their public administrations in recent years. Deliberately discarding earlier concepts, several countries are about to limit or reduce the extent to which the state takes on responsibility in almost all walks of life, even going as far as to privatise public-sector tasks, and to shed responsibility for social developments. All governments, whatever understanding they may have of their role, are striving to renew and modernise their public administrations to become service providers. Prompted by soaring budget deficits and sustained austerity programmes, government administrations are facing mounting pressure from the public at large and national parliaments. By introducing modern, transparent, target- and service-oriented, and more efficient methods of management, virtually all reforms are designed to create a better image of government ( the company ) with the citizens ( the shareholders ).

Page 1 of 4 The Abu Dhabi Declaration A. Introduction 1. Meeting in the United Arab Emirates in December 2016 at its Congress (XXII INCOSAI), the 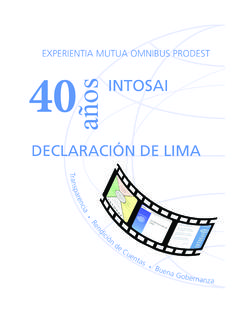 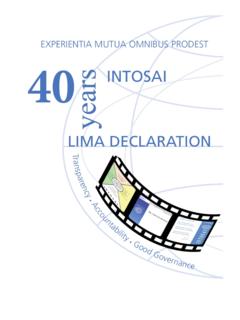 40 Years of Lima Declaration of INTOSAI 1

140 Years of Lima Declaration of INTOSAI Foreword FOREWORD The Declaration of Lima, which was adopted by the IX International Congress of INTOSAI in Lima in 1977, is considered to be the Magna Charta of government audit and defines the 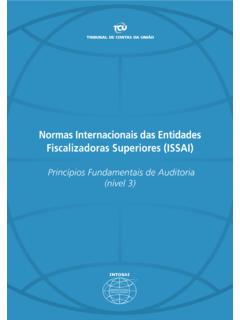 2 Preface In 2015, all the UN member states embarked on a great collective journey.1 By adopting Transforming our world: the 2030 Agenda for Sustainable Development, they committed themselves to working on a better future for everyone and to leaving no one behind [ by 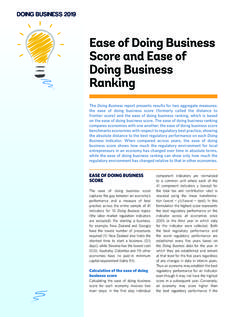 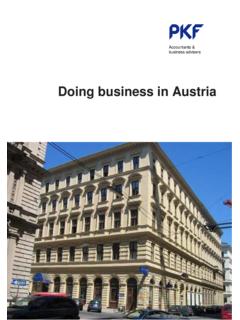 2 PKF - Doing business in Austria - Introduction Apart from that, Austria is an attractive location from a tax perspective as it provides a competitive corporate income tax rate of 25% with an 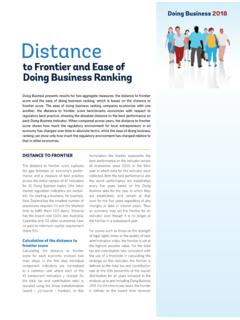 to Frontier and Ease of Doing Business Ranking 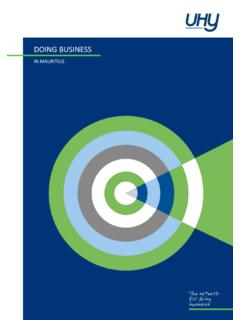 DOING BUSINESS IN MAURITIUS 4 2 – BUSINESS ENVIRONMENT GEOGRAPHY AND HISTORY Mauritius is an island of 1,969 square kilometres, situated almost in the centre of the 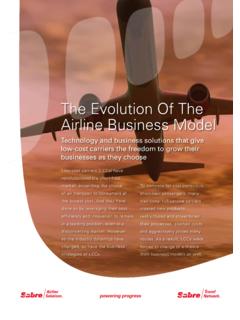 The Evolution Of The Airline Business Model - Austria 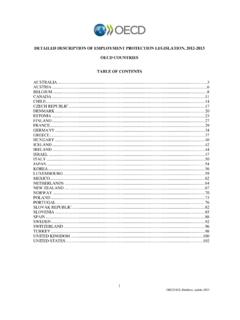