3 Four Audit Committee meetings and four special Audit Committee meetings were held during the year, at which the members ful lled their functions as prescribed by the Companies Act 71 of 2008 (as amended) of South Africa. The Audit Committee con rms that it is satis ed with the independence of its external auditor, Ernst & Young Inc. The full report on the functions of the Audit Committee will be available in the corporate governance report on 23 October 2017 on the Group's website. In accordance with the Johannesburg Stock Exchange Limited ( JSE ) Listings Requirements, the Audit Committee is required to consider the appropriateness of the expertise and experience of the Group CFO. In respect of this requirement and for the year under review, the Committee is satis ed that Mr Adrian Macartney, the Group CFO, possesses the appropriate expertise and experience to ful l his responsibilities in that position. Statement on internal nancial controls Based on information from and discussions with management and the Group internal Audit function, the Audit Committee con rms that it has no reason to believe that there were any material breakdowns in the design or operating effectiveness of internal nancial controls during this nancial year which have not been addressed or are not in the process of being addressed.

4 The nancial records can therefore be relied on for preparing the consolidated annual nancial statements. Liquidity and going concern As included in the directors' report , and further detailed in note 7 to the nancial statements, in determining the appropriate basis of preparation of the nancial statements, the directors are required to consider whether the Group can continue in operational existence for the foreseeable future. The directors have considered the agreements reached post the year-end, the actions taken by the Group, the nancial plans and forecast, including all available information, and are therefore of the opinion that the going concern assumption is appropriate in the preparation of the nancial statements. This Committee has interrogated the key assumptions used in determining the cash ow forecasts used in the going concern assessment, including the post-year-end term sheet agreed with major funding institutions and other initiatives already embarked on by the Group.

6 The Board has therefore concluded, based on recommendation of the Audit Committee and their own understanding, that there is no reason to believe that there were any material internal control or risk management shortcomings during this nancial year that have not been addressed or are in the process of being addressed. For further information, refer to the corporate governance report that will be available on the Group's website on 23 October 2017. PA Hourquebie Chairman Audit Committee 22 September 2017. 1. Aveng Group audited consolidated annual nancial statements 2017. Executive chairman's report Aveng has been faced with a perfect storm of major challenges which have had a material impact on the Group's nancial performance in 2017. We have acted decisively in addressing these challenges to ensure that Aveng is able to operate sustainably. Overview During the year to 30 June 2017, Aveng reported a headline loss of R6,4 billion (2017: R299 million loss) attributable to a number of detrimental events.

7 During the rst half of the year, arbitration rulings for the Kenmare Resources and Mokolo Water Augmentation contracts resulted in awards well below our expectation. This, together with a highly litigious environment, precipitated a review of long-outstanding uncerti ed revenue. It was decided that we should focus on commercial settlements rather than the pursuit of adversarial, unpredictable, time consuming and expensive litigation which adversely impacts our relationships with our customers. In addition, subsequent to the year-end, the long-running dispute with the Queensland Curtis Lique ed Natural Gas (QCLNG) pipeline project which McConnell Dowell executed with a joint venture partner, was concluded, resulting in an award of AUD50,5 million (R508 million). This was substantially lower than the value of our claims. The Board decided to write down a non-cash amount of R5,1 billion in uncerti ed revenue (R2,4 billion of which relates to the QCLNG award) and various other impairments, resulting in a major derisking of our balance sheet.

8 These circumstances were compounded by underperformance in most of Aveng 's businesses due to worsening trading conditions and operational performance. Liquidity Following the announcement of the QCLNG award, we entered into discussions with our major funding banks which resulted in a renewal and extension of all of these facilities. The discussions with the banks together with the nalisation of the uncerti ed revenue write-downs resulted in a delay in the announcement of our results. Aveng has recapitalised McConnell Dowell, including the settlement of bank debt, to ensure that the business has an adequate capital base and suf cient working capital to support its planned operational performance. Board composition The Board deemed it necessary to appoint an executive chairman with the capacity to support management in realising the Group's signi cant underlying value, as a matter of urgency. I was appointed to this position with effect from 23 August 2017 and relinquished my role as chairman and member of the Audit Committee .

9 Philip Hourquebie, an independent non-executive director, succeeded me as chairman of the Audit Committee and Peter Erasmus, an independent non-executive director, was appointed a member of the Committee . Kholeka Mzondeki, also an independent non-executive director, was appointed the lead independent director of Aveng . Kobus Verster resigned as Chief Executive Of cer with immediate effect, on 22 September 2017 and I will assume the duties of Executive chairman and Chief Executive Of cer. Strategic review The Board has initiated a robust strategic review, in conjunction with an independent advisor, to evaluate Aveng 's nancial and operational structure. The objective is to determine the key requirements to ensure the Group's medium- and long-term sustainability. The review will identify the core operating businesses and assets that will be part of the Group's long term strategy. Further, the review will include the development of a sustainable capital and funding model, which will address the future funding of McConnell Dowell and the Group's convertible bond which matures in July 2019.

10 The review will be completed by 30 November 2017, after which I will communicate its outcomes. Non-core assets have been identi ed for disposal and proceeds will be earmarked for the reduction of debt or the creation of additional liquidity headroom. Outlook The outlook for the South African economy remains relatively weak and in the absence of public sector investment in major infrastructure development our South African operations will continue to pursue selective opportunities in the mining, building and smaller municipal infrastructure project sectors. Our markets in Australasia and Southeast Asia are bene ting from public sector investment in infrastructure, and a fundamentally restructured McConnell Dowell is better positioned to leverage these opportunities. Aveng commences the 2018 nancial year with a more certain nancial position and a stronger two-year order book of R29,9 billion at 30 June 2017, with 92% of revenue secured for 2018. 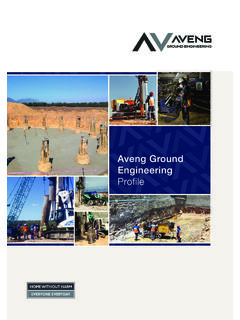 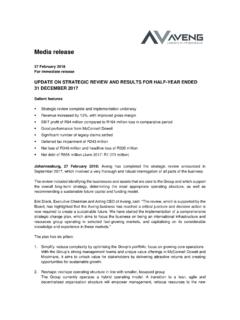 P a g e 3 Apart from the direct investment expected to be generated by the infrastructure projects themselves, these investments will be used as a springboard for the redevelopment of South 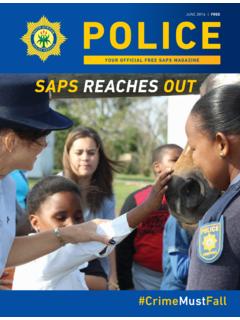 COMMUNITIES AND SMALL-SCALE MINING: AN … 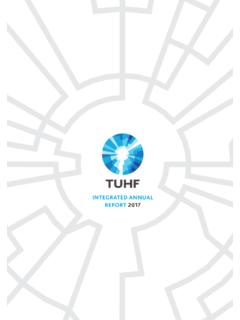 ABOUT TUHF We are the leading providers of commercial property finance for entrepreneurs in the inner cities of South Africa. Our finance and support enable

Impoverishing a Continent: The World Bank and … 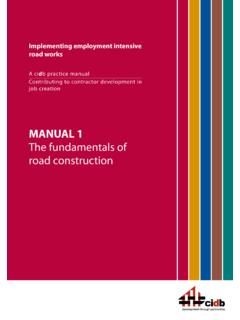