AUSTRALIANS WITH DISABILITY: CHANGING ATTITUDES TO …

AUSTRALIANS WITH DISABILITY: CHANGING . ATTITUDES TO THEIR RIGHTS, ABILITIES AND. LIFESTYLE. Prepared for Focus ACT. BACKGROUND. Australia is the lucky country, where most AUSTRALIANS have the opportunity to dream without limit. Yet our largest minority1, people with disability, is not afforded the basic rights others take for granted, let alone the relative luxury of leading a good life. That is, approximately 4 million AUSTRALIANS living with disability are at risk of or are currently being treated unfairly. This is explicitly highlighted in the Productivity Commission's report (see below). This should resonate with every Australian, because anyone could find themselves living with disability at some point in their lives.

AUSTRALIANS WITH DISABILITY: CHANGING ATTITUDES TO THEIR RIGHTS, ABILITIES AND LIFESTYLE Prepared for Focus ACT BACKGROUND Australia is the lucky country, where most Australians have the

1 AUSTRALIANS WITH DISABILITY: CHANGING . ATTITUDES TO THEIR RIGHTS, ABILITIES AND. LIFESTYLE. Prepared for Focus ACT. BACKGROUND. Australia is the lucky country, where most AUSTRALIANS have the opportunity to dream without limit. Yet our largest minority1, people with disability, is not afforded the basic rights others take for granted, let alone the relative luxury of leading a good life. That is, approximately 4 million AUSTRALIANS living with disability are at risk of or are currently being treated unfairly. This is explicitly highlighted in the Productivity Commission's report (see below). This should resonate with every Australian, because anyone could find themselves living with disability at some point in their lives.

2 A cultural change within our society is required to facilitate reform in the disability sector. This involves increasing awareness, educating widely and shifting ATTITUDES to move towards genuine community involvement. HISTORICAL ATTITUDES . Beliefs about people with disability ATTITUDES and cultural representations that go back to Greece and Rome are still threaded throughout our society. Societal views towards people with a disability over the centuries were further driven by the development of negative associations they were considered evil', to be pitied', unproductive', dependent', a drain on society'. People with disability have been ignored, hidden, cursed and treated as unwanted.

3 When made visible, they have been the subject of exhibitions and objects of ridicule. Society dealt with the problem' of people with disability by placing them in institutions or prisons and by sterilising women and girls. Despite these widely held ATTITUDES , there was often acceptance and inclusion at the family and local level. This continues into the modern day, with informal supports being the principal contributor of care and support. 1 Globally, disability affects hundreds of millions of families. Currently around 15 per cent of the total world's population, or roughly 1 billion people, live with a disability. This figure is increasing through population growth, medical advances and the ageing process, says the World Health Organization.

4 In most of the OECD countries, females have higher rates of disability than males. Having a disability places a person in the world's largest minority group. Institutionalisation: once the preferred model of support It was common practice to label people with intellectual disability as mentally retarded' or mentally handicapped' and place them in institutions, or in segregated schools or workplaces, where they had few rights. In the 1880s, institutions providing accommodation for people with intellectual disability and psychiatric disability opened across Australia. People with disability lived in these facilities separated from their families and communities, sometimes for their whole lives.

5 In 1913, the introduction of intelligence testing saw increasing numbers of people being diagnosed as sub-normal'. Eugenic-based fears2 about the threat' posed by the feeble-minded' led to calls for complete segregation. As recently as 40 years ago, people with severe disability were still largely invisible to the community. Typically they died young, were supported under extreme hardship by their families, or spent their life in institutions with names such as Blind, Deaf and Dumb Asylum, Home for the Incurables, Destitute Asylum, or Kew Idiot Asylum. CHANGING ATTITUDES . 3. The Disability Rights Movement In 1908, the Australian Government introduced the Invalid Pension, which provided some independence to people with disability as well as acknowledging them, to some extent, as recognised members of society.

6 After the First World War and the return of many soldiers with impairments, the government funded rehabilitation programs. With the increased numbers of people with disability they couldn't all be institutionalised this demographic change acted as a step towards disability as a better-recognised condition. The consequences of the Second World War had a similar impact and strengthened the belief that people with disability have a right to lead decent lives. The Commonwealth Rehabilitation Service (CRS) was established and volunteer organisations extended their services to people with disability. Between the 1930s and 1960s, approximately 70,000 AUSTRALIANS were paralysed by polio4.

7 Most people recovered with varying levels of disability, many going on to lead active lives. Parents of children affected 2 At the beginning of World War II, the Nazi Party tried to eliminate this threat' by its policy of racial hygiene' that saw the killing of at least 200,000 people with physical or mental handicap. 3 People with Disability Australia (PWD) 4 2. by polio, some with the help of philanthropists, started many of the organisations that are still providing supports to family members Family members began the movement to close institutions and return people to the community. They wanted their sons and daughters, brothers and sisters who lived in institutions to have a better life, to learn in school, have friends, and to be welcome in their community.

9 That organisation was Disabled Peoples International (DPI), which now has members in over 160 countries throughout the world, including Australia. International Year of Disabled Persons: The year 1981 became a turning point for people with disability speaking up for themselves. DPI held its first World Assembly in Singapore in the context of the United Nations' International Year of Disabled Persons (IYDP) with its theme Breaking Down the Barriers. While, individuals and groups did advocate for the rights of people with disability before the IYDP, that action was mostly based around a medical diagnostic group or specific issue. The concept of systemic oppression'. became the motive for the development of a social movement.

10 Disability became more than a diagnosis, to be dealt with by medical professionals. People with disability began to think of themselves more as a public issue rather than a private problem. They discovered the social nature of their condition and became united in claiming self-determination and self- representation to overcome their social oppression as a group. People with intellectual disability began to advocate for their own rights to live as full citizens, and created the self advocacy movement'. International Day of People with Disability (IDPwD)6. The United Nations (UN) recognised the need to foster attitude change at the international level. In 1992, the UN decreed that the International Day of People with Disability (IDPwD) be held on 3 December each year. 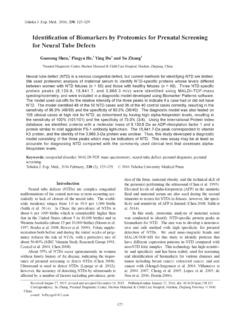 Identification of Biomarkers by Proteomics for Prenatal ... 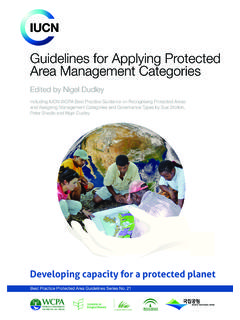 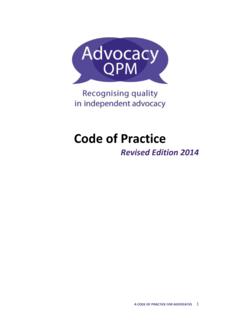 A CODE OF PRACTICE FOR ADVOCATES 4 1 An individual might be able to express what they want, e.g. to go home, state what they like or dislike, but may lack the capacity to instruct an advocate as to the action to take regarding a particular issue. Definition of advocacy 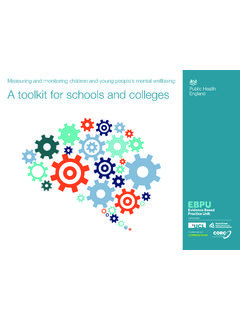 Measuring and monitoring children and young people’s mental wellbeing: A toolkit for schools and colleges 3 Contents Introduction 1 4 Section 1: What do we …

MAKING SHARED DECISION-MAKING A REALITY No decision about me, without me Angela Coulter, Alf Collins

4 SECTION ONE 1. Introduction The NHS Highland Wound Management Guidelines and Formulary have been developed by the Tissue Viability Leadership Group.