Autism Spectrum Disorder: Public awareness and attitudes Karola Dillenburger, Julie-Ann Jordan and Lyn McKerr Introduction were associated with Autism . Responses to these questions are displayed in word amongst individuals diagnosed with Autism , estimated to occur in 1:200 individuals Autism Spectrum Disorder (ASD) is clouds, where the size of the text indicates with Autism . As shown in Figure 1, special the term used to describe pervasive how often a specific word was used by talent was cited by a relatively small number developmental disorders diagnosed in the respondents to describe their awareness of of participants as a strength associated presence of atypical behaviours in social an issue.

1 Autism Spectrum Disorder: Public awareness and attitudes Karola Dillenburger, Julie-Ann Jordan and Lyn McKerr Introduction were associated with Autism . Responses to these questions are displayed in word amongst individuals diagnosed with Autism , estimated to occur in 1:200 individuals Autism Spectrum Disorder (ASD) is clouds, where the size of the text indicates with Autism . As shown in Figure 1, special the term used to describe pervasive how often a specific word was used by talent was cited by a relatively small number developmental disorders diagnosed in the respondents to describe their awareness of of participants as a strength associated presence of atypical behaviours in social an issue.

2 Only words that were used by at with Autism . Nevertheless, when asked interaction, social communication and social least ten respondents are included in the specifically if they thought that individuals imagination. Prevalence rates have been word clouds. with Autism have a special talent, the rising sharply and are estimated to be 1:88, majority of respondents in the NILT sample and 1 in 50 amongst children. Boys seem to The strengths that participants associated responded either definitely or probably be affected more frequently than girls. with Autism are shown in Figure 1, and (84%). these included being intelligent/very In Northern Ireland, the Autism Act (NI) intelligent, having a special talent, creativity, When asked to name the difficulties 2011 amended the Disability Discrimination good memory and being good at art, music associated with Autism , respondents Act 1995 by including in the definition of or maths.

3 Non-academic strengths such as correctly identified many of the core disability people who have impairments being loving, focused and determined were features of Autism including communication, with regard to taking part in typical social also mentioned. A number of participants social, behavioural, and interaction interaction or forming social relationships. commented that they were unsure what difficulties (see Figure 2). Respondents The Act also mandated the development of the strengths of Autism are, or that they felt also rightly identified that individuals with a cross-departmental Autism Strategy to be that there is variation in strengths amongst Autism are likely to have difficulties in areas published no less than two years within the individuals with Autism .

4 Just over one third of life such as understanding other people's passing of the Act. of respondents did not answer this question. feelings, being understood, dealing with changes to routines, integrating into society, Against the backdrop of this political Special abilities are relatively infrequent being independent, and concentration. A. context, a module on Autism was included in the Northern Ireland Life and Times (NILT) survey in 2012. This Research Figure 1: Strengths the Public associated with Autism Update uses results from this module to provide a timely measure of Public awareness of, and attitudes towards, individuals with Autism prior to the implementation of the Autism Strategy.

5 Autism awareness Autism awareness was much higher than expected: the vast majority of NILT. respondents (82%) stated that they were aware of Autism , Autism Spectrum Disorder, or Asperger's Syndrome, while only 16. per cent were unaware and 2 per cent were unsure. The remaining questions in the Autism module were asked of those respondents who had heard of Autism . Each participant was asked to list the main strengths and difficulties that they thought Research Update Number 84 May 2013 w w w . a r k .a c .u k ACCESS RESEARCH KNOWLEDGE. Figure 2: Difficulties which the Public associate with Autism exceeds the total expenditure on the NHS. Employment is obviously the best way to ensure financial independence and social inclusion for adults with Autism .

7 The NILT survey included a list of jobs, ranging from relatively low skills, to manual, and to highly skilled, to explore if the Public viewed only certain types of jobs as suitable Figure 3: Views on adults with Autism in social situations and employment for someone with Autism . We found that most of respondents felt that the majority of the jobs listed may be suitable, although clearly this would depend on the level of relevant skills and level of functioning of the individual (as it would for anyone else) and the level of support available. The majority of the Public agreed that the following jobs could be suitable: computer programmer (83%), artist/musician (90%), shelf stacker (85%), sheltered employment (84%), labourer (71%), or waiter/waitress (64%).

8 However, for some highly skilled and socially demanding jobs, there was less agreement amongst respondents as to their suitability, such as doctor (42%), member of parliament or assembly (62%), and lawyer (50%), although many felt that these may be suitable only for high functioning individuals with Autism . small number of participants thought that there could be variation between individuals Adults with Autism with Autism in terms of the difficulties that Only about 15 per cent of adults with We also wanted to find out if businesses they experience. Approximately one in Autism are in full time employment (Stewart, would have to worry about customer eight respondents (13%) did not answer 2008).

9 The consequences of unemployment relations if they employed someone with this question. of individuals with Autism are considerable Autism . A supermarket was given as an for the individual themselves and for the example of a business that is frequently More than three fifths of the participants economy in general, representing 36 per used by everyone. More than one in ten of (61%) said that they knew someone cent of the estimated annual cost of Autism the respondents said that they would be with Autism . Of these, 19 per cent had in adults in the UK of 25 billion (Knapp et more likely to shop in a supermarket that a close relative or other family member al., 2009). employs someone with Autism (12%), while with Autism , 40 per cent had a friend or the majority of respondents (86%) said acquaintance, and 8 per cent had a work In fact, 68 per cent of individuals with Autism that if a supermarket employed someone colleague with Autism ; one individual with continue to live with their parents into with Autism , it would make no difference ASD completed the survey.

10 However, 39 adulthood (Dillenburger and McKerr, 2011). to them. Less than one per cent of people per cent of respondents said that they did This can be stressful for ageing parents. It is said that they would be less likely to shop in not know or were unsure if they knew estimated that unpaid family care saves the a supermarket that employs someone with someone with Autism . UK taxpayer an annual 87 billion, a sum that Autism . Research Update Number 84 May 2013 w w w . a r k .a c .u k ACCESS RESEARCH KNOWLEDGE. Figure 4:Views on support and intervention for people with Autism none'. Rather, views on support needs ranged from occasional through to 24-hour support (Keenan et al. 2010). In line with the views of these carers, very few NILT survey respondents agreed or strongly agreed (4%).

A brief questionnaire looks at how work is shared between male and female family members in the homes of the students (Resource 1). Give students time to fill in the 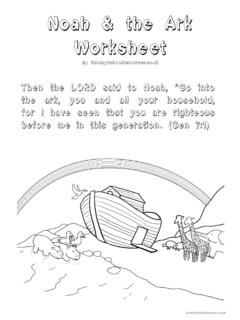 Then the LORD said to Noah, "Go into the ark, you and all your household, for I have seen that you are righteous before me in this generation. 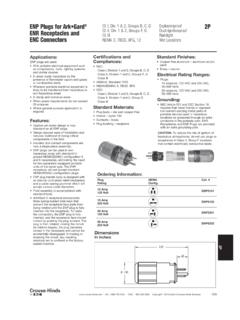 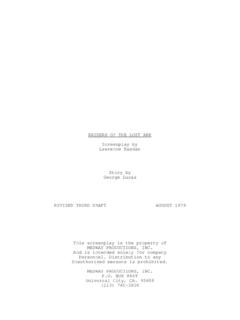 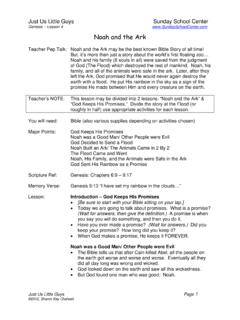 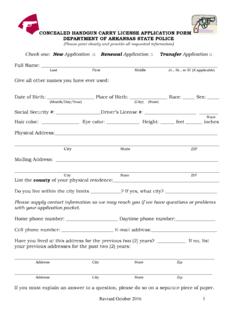 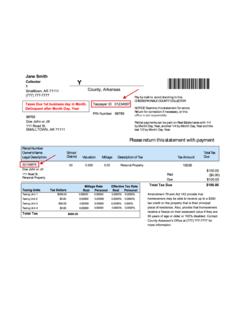