2 The following text is derived from best 's Insurance report on GeoVera Insurance Group (AMB# 088611): Balance Sheet Strength: Very Strong The rating unit has the strongest best 's Capital Adequacy Ratio (BCAR) score, although its surplus has generally declined since 2011 as profits considered as excess capital are distributed to shareholders annually. Its quality of capital and ALM are also very strong. It has an appropriate and diverse reinsurance program. Any additional analytical factors are in line with an assessment of very strong. The group's available capital is considered to be at the strongest level as measured by BCAR. However, given the nature of its business, GeoVera 's balance sheet may be subject to higher than expected calls on capital and liquidity depending on catastrophic loss frequency and severity. GeoVera maintains an appropriate and diverse reinsurance program for its given risk appetite. Management contributed $10 million of capital in the fourth quarter of 2017 to bolster capital in support of growth initiatives and to offset multiple catastrophic event losses experienced since September 2017.

3 The group prudently defends its balance sheet with a reinsurance program covering a modeled 250-year all-perils event. However, higher than expected frequency and/or certain extreme "tail" events related to wind and earthquake could potentially constrain capital and liquidity. Operating Performance: Strong Page 2 of 5 Printed April 16, 2018. best 'S RATING report GeoVera Insurance Company Historical operating performance is strong and consistent. Prospective operating performance is expected to remain strong, including forecast catastrophe loads. Volatility of key metrics is relatively low to moderate. GeoVera has potentially higher than average earnings volatility given its significant property business orientation and its inherent risk exposure to catastrophes. However, "normalized" earnings (absent severe changes in loss and frequency and severity) in 2018 are expected to produce returns in line with shareholder expectations. Revenues are expected to continue to grow in 2018 due to expansion initiatives introduced in 2015.

4 Further scaling of the business should help lower the overall expense ratio. While soft reinsurance pricing has been beneficial to GeoVera , high reinsurance dependence leaves the group somewhat susceptible to changes in reinsurance pricing and conditions. The group posted weaker than expected underwriting and operating results in 2017 due to hurricanes Harvey and Irma. Business Profile: Neutral The company is not a market leader but is viewed as competitive in chosen markets. It has some concentration and limited control of distribution. It has elevated product risk but a strong management team that has proven capable of managing severity and frequency of loss through its forms. Its use of technology is evolving, and its business spread of risk is adequate. The group focuses on underwriting catastrophe-exposed residential property risks, primarily in California, Florida, Texas, Louisiana, Washington, Alabama, South Carolina and Hawaii.

5 The group's current mix of business is approximately 51% (of 2016. gross written premium) homeowners, 36% residential earthquake coverage, and 13% wind-only. Management is diversifying the group's business profile away from its prior concentration in California earthquake exposure through increased Washington and Oregon earthquake coverage; southeastern homeowners, Insurance , and recent expansion into the Northeast through non-admitted offerings while admitted products await approval. The company is also gaining acceptance of a single-peril wind product through national carrier partnerships and pricing granularity. GeoVera combines an established catastrophe-modeled and web-based quoting and binding system to ensure proper pricing with an extensive catastrophe reinsurance program to mitigate its exposure. Enterprise Risk Management: Appropriate The insurer's ERM framework is well developed and/or adequate given the size and complexity of its operations.

6 Risk management capabilities are very good and are well aligned with the risk profile of the company. GeoVera 's biggest risk is its susceptibility to a severe earthquake event, somewhat offset by a more diversified, non-correlated portfolio and strong reinsurance program and favorable surplus position. GeoVera 's underwriting, investment and market risks are offset by its solid capital structure and highly experienced senior management team. GeoVera has moderate to high underwriting risk, with its products in personal lines homeowners and earthquake coverages concentrated in California, Florida and Texas. The company has an experienced, knowledgeable, and hands-on management team. Outlook The stable outlooks reflect best 's expectation that GeoVera will continue to maintain the strongest risk-adjusted capitalization as measured by BCAR, weighing dividends against its operating performance and prospective business planning in its capital management, while continuing to generate strong underwriting and operational results.

10 The ratings are not assigned to specific Insurance policies or contracts and Brian do Sheekey not address any other risk, including, but not limited to, an insurer's claims-payment policies or procedures; the ability of the insurer to dispute or deny claims payment on grounds of misrepresentation or fraud; or any specific liability contractually borne by the policy or contract holder. A Financial Strength Rating is not a recommendation to purchase, hold or terminate any Insurance policy, contract or any other financial obligation issued by an insurer, nor does it address the suitability of any particular policy or contract for a specific purpose or purchaser. A best 's Issue/Issuer Credit Rating is an opinion regarding the relative future credit risk of an entity, a credit commitment or a debt or debt-like security. Credit risk A best 's is the risk Financial that anRating Strength entity opinion may notaddresses meet its contractual, the relativefinancial ability ofobligations an insurer as they come to meet due. 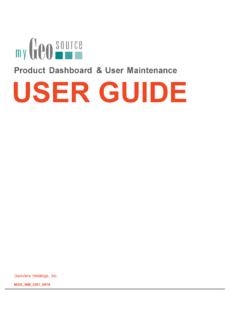