Confidential Document 1 Executive Summary Development of PDAwa re Project Management Software began in July of 2000 and the first version was released for beta testing in January 2001.

2 Cash Flow-Year 1_____ 21. Cash Flow-Year 2_____ 22. Balance Sheet _____ 23. Implementation Schedule and Milestones _____ 24. Research and Development _____ 25. Exit Strategy _____ 26. Executive Summary Development of PDAware Project Management Software began in July of 2000 and the first version was released for beta testing in January 2001. It was developed to significantly improve the way today's workforce manages projects. With the rapid growth of PDA (Personal Digital Assistant) use, the product offers tremendous advantages to professional project managers, as well as the thousands of other workers assigned the responsibility of managing projects every day. PDAware will be positioned as a high-end software package that enables project managers to review, maintain and synchronize their project data via wireless technology. There is currently no other company that produces this type of software with the management features we've developed.

4 Marketing Director for EFG Software. The $ million we are seeking will be used to begin production, packaging, and marketing, and for short term capital and overhead needs. An additional $125,000 is being provided by the owner. Confidential Document 1. PDAware Business Plan The Business Business Concept PDAware has produced a top-notch product that fills a gap in the project management market. Current PDA project management software does not come close to encompassing the features that PDAware's product does. Our software will not only allow the user to update and track progress on projects via wireless technology, but will also import project data from other popular project management software packages. The PDAware's Project Management software along with its supplemental desktop component is intuitive and full featured, and has gotten rave revues in Beta testing. The market for these handheld computers is growing quickly and appears to have great potential for future growth as well.

5 PDAware Project Management software offers five specific versions that, while still being totally customizable, are also specifically targeted to groups such as IT, Finance, Consulting, and Telecommunications. This specialization will make setting up new projects less time consuming because the framework is already in place. Other innovative features include the capability for saving customized formats as templates for use in other similar projects. PDAware will be focused on new product development, as well as enhancements and upgrades to the Project Management software program. We will begin development of additional software packages to fill other needs based on our market research in the coming year. PDAware is also investigating and staying on top of new technologies and the possibility of software compatibility with other wireless devices. Current Situation The developers and visionaries of PDAware have been working on the product since January of 2000.

7 PDAware Business Plan The Market Market Analysis During the research phase, preliminary focus groups were conducted, as well as surveys at the National Project Management Professional Development Conference. Findings indicated that there was a significant need for a new project management software product and the added capability of the PDA link was seen as "extremely beneficial" by 79% of those surveyed. To arrive at the number of potential buyers of project management software for PDAs, we first researched the number of PDA's currently on the market, and combined that with data on the current number of professional project managers. As of December 2000, there had been million PDA units sold by leading manufacturers. This number had increased from million in the previous year. Palm Computing is by far the industry leader with approximately 72% of all PDA. sales in 2000 (Source: NPD Intellect) With an estimated 12 million PDA units in customers' hands worldwide, the base for sales of the project management software, as well as future PDA software titles is quite large.

8 According to the Project Management Institute (the largest of all worldwide project management associations), current membership levels are at 71,000 thousand professional project managers worldwide. In January 2001, their overall membership had increased by 28% over the previous January. Over the past six years, membership growth has averaged 33% each year. So the number of project management positions is steadily increasing. Growth Potential The Project Management Institute's top 5 industry areas include: Computers/Software/DP 10,091. Information Technology 9,044. Telecommunication 6,975. Business Management Services 4,750. Financial Services 3,525. Using the growth of both the industries and employment within these industries as an indicator of future project management positions, the following tables show significant opportunities for future PDAware sales. Confidential Document 3.

10 The computer/software/data processing industry, and the information services industries make up the two largest segments of the Project Manager database (Source: PMI Fact Sheet). Confidential Document 4. PDAware Business Plan Based on the data above, the percent increase in the number of employees in the top seven positions for the computer and data processing industries is projected to be 197% from 1998-2008. Communications equipment industry sorted by Percent change in employment, 1998-2008. Projected 2008. 1998 employment employment Change1998-2008. Percent Percent Occupation Number distribution Number distributionNumber Percent All other computer 127 212 85 scientists Systems analysts 3,596 5,966 2,370 Computer support 3,730 5,570 1,840 specialists Numerical control machine tool operators 118 157 39 and tenders, metal and plastic Engineering, natural science, and computer 3,527 4,565 1,037 and information systems managers Combination machine tool setters, set-up operators, operators, 212 263 50 and tenders, metal and plastic Computer engineers 5,190 6,317 1,127 Database 361 439 78 administrators Electrical and 43,917 53,433 9,516 electronic assemblers All other engineering technicians and 4,285 5,214 929 technologists (Source: BLS) The communications equipment industry projects an average growth of 36% in the number of employees for the top 10 positions from 1998-2008.

Rating Criteria: Lodging The Star Rating Process The Forbes Travel Guide process of rating each establishment includes: • Facility inspection: Every property is visited by a trained facility inspector, who uses a checklist to … 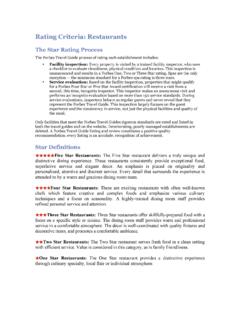 Rating Criteria: Restaurants The Star Rating Process The Forbes Travel Guide process of rating each establishment includes: • Facility inspection: Every property is visited by a trained facility inspector, who uses 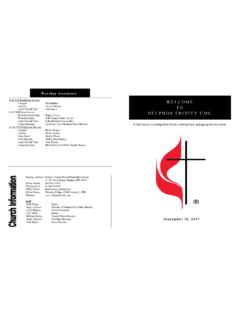